How to Check If Your ISP Is Throttling Your Speed

Conspiracy theorists place some ISPs in the category of one of the evil corporations, as they’ve been known to track and monitor online activity and store personal information.

Although it’s unlikely your ISP is out to get you, they have been known to tamper with connections; throttling bandwidth for customer’s using excessive data with the intention to limit their usage, or encourage the upgrading of subscriptions.

There are ways to check if your connection is being throttled, and in the article, we’ll outline some of the most accessible techniques and why using a VPN can overcome these issues.

If you’ve noticed that BitTorrent downloads have become slower lately, but you aren’t sure whether it’s because of high traffic or if your ISP is to blame, there is a way to check.

Neubot can monitor and compare P2P and normal traffic to help you establish any discrepancies. It is worth noting that the program isn’t that simple, and we recommend that you follow a tutorial on how to use it effectively and efficiently. However, once you do get the hang of it, it can be a wonderful tool.

Over time, Neubot collects data which can eventually be interpreted by a series of speed test results. If the graphs indicate that connection speeds are significantly slower during torrenting, then there is a chance that your ISP is throttling the connection.

Netflix FAST Speed Test is an easy-to-use tool that shows your internet speeds on Netflix to check if your ISP is throttling the connection. 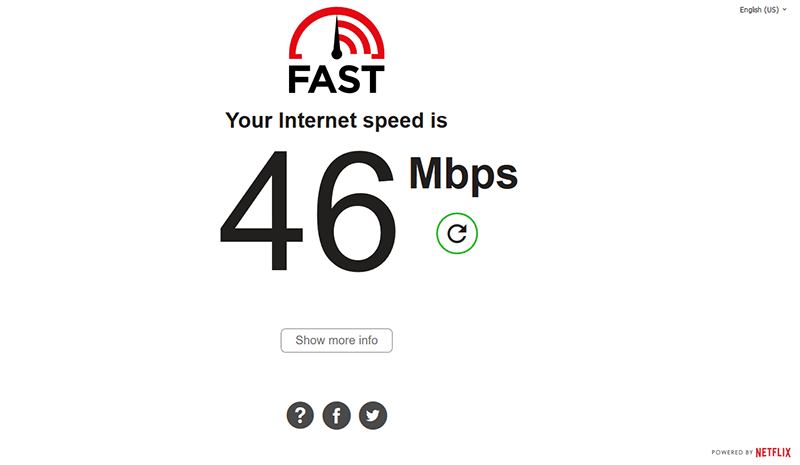 Run the tests before, during, and after using Netflix; if you notice the connection is slower during, then it could be an indication that your ISP is conducting some throttling.

Also, you can check out Google’s Video Quality Report, which shows you how strong your connection to YouTube’s servers is. Again, compare this data to your other speed tests; if you find that your internet speed is good except when using YouTube, then your ISP might be playing a part.

Your ISP could be throttling your connection if you’re using too much data; this can be done get you to pay for extra. There’s a way to check, but testing to see whether your ISP is guilty requires patience.

If your ISP is throttling your internet connection, then you may notice that your speed gradually drops over time, or reaches a certain point and changes drastically. Even if you have unlimited data, your ISP will still have a cap, though typically, that cap will be very high.

Using SpeedTest.net will give you an accurate and honest reading of your internet speeds. Check this at multiple intervals to discover whether you’re being throttled or not.

Check out the Internet Health Test website for tests regarding interconnection issues. When you use the internet, data travels via the ISPs interconnection points before it can reach the desired destination. 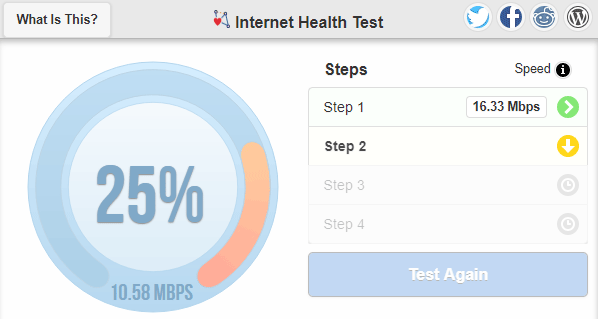 ISPs sometimes downgrade their performance at these interconnection points, resulting in delay. The only way to upgrade the performance is to pay the fee requested by your ISP.

Using the Internet Health Test tool checks the different routes that your data can take when it is transmitted, and identifies where performance drops; typically, this is at these interconnection points.

Why Using a VPN Is so Important

If you use a VPN, all your ISP throttling issues can be solved with ease. Traffic is transmitted via a dedicated VPN network, taking the most efficient, direct, and least congested route, instead of your ISP server.

As a result, your ISP doesn’t know what you’re doing, and they cannot control your connection. When connected to VPN servers, data is encrypted, secure, private, and unaffected by any third parties.

We recommend you use a premium VPN provider to ensure a robust and uninterrupted connection, and our top recommendations are ExpressVPN, NordVPN, and CyberGhost VPN.

Regardless of which you choose, with these, you are sure to have a better, more secure internet experience.