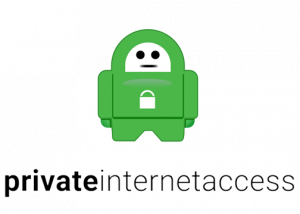 This VPN makes its home in the lion’s den — the United States. Questions about user’s guaranteed privacy are immediately raised, but there is little to no reason for concern. PIA enforces a strict zero-logging policy, and even though it has to comply with US jurisdiction, it has proven itself as a reliable provider. Case in point — the VPN ceased operations in Russia following new legislation that would force it to disclose personal information if necessary.

As for features, it’ll be difficult to find a better-equipped VPN than PIA in its price range. To make things even more attractive you can save nearly 60% when you get a two year subscription to PIA.

You get a kill switch, DNS leak protection, top-level encryption, SOCKS5 compatibility, and support for every protocol apart from IKEv2. Up to 5 simultaneous connections are included.

PIA has one of the biggest server rosters in the industry — over 3,300. They are spread across 49 countries, which is nothing special, but still enough for unblocking content. However, keep in mind that US Netflix is a hit-or-miss with this VPN — we had mixed results.

Speeds are reasonable, with reductions well within the acceptable limits. In short, PIA isn’t the fastest VPN around, but that won’t result in annoying buffering problems or severe latency spikes.

One area that could use some serious improvement is customer support. Although PIA’s live chat is good enough, their ticket system is often referred to as sluggish and unresponsive.

Overall, PIA remains a very capable VPN, especially for its price tag. Despite occasional hiccups in customer service, this provider is resourceful, transparent, and well-established. You can even test it yourself and get a refund, thanks to the 30-day money-back guarantee.

Not bad at all! While Private Internet Access (PIA) doesn’t deliver cyclonic speeds in comparison to its rivals, such as NordVPN or ExpressVPN, it offers above average speeds reliable enough for streaming videos in HD. The lowest speeds came from their servers in Hong Kong and Australia. On the other hand, if you have a robust internet connection, speed flaws will be insignificant.

Downloading, installing, and configuring PIA is easy enough — it won’t take more than 5 minutes of your time.

The desktop clients are, in a word, minimalistic — they aren’t overloaded with information. We enjoyed this type of interface, but we can also see how it would be frustrating for users that like more options available to them.

Mobile GUIs are simple and effective — however, if you want to use PIA’s own iOS app, you’ll be limited to the IPSec protocol. For OpenVPN, you’ll need to use the namesake app with your PIA credentials, and IKEv2, as mentioned, isn’t supported.

A cool quality-of-life feature is PIA’s auto-connect. We aren’t talking about choosing a location/server automatically (you can do that), but launching the VPN as soon as it’s opened. It saves some time and we found it very handy.

You have a choice between 24-hour live chat and tickets — the former performs well enough with fast response times and helpful answers, but the latter is quite the disappointment. We directed our more complex inquiries via a ticket, and we had to wait several days for a reply. If customer feedback is any guide, we are one of the lucky ones, too.

On the upside, there is a great knowledge base, including a blog maintained Rick Falkvinge — PIA’s Head of Privacy and founder of Sweden’s Pirate Party.

One of PIA’s biggest advantages is its price — basically, you get a superb VPN for pocket change.

Another bonus is the 30-day money-back guarantee — for what the VPN costs, we are pleasantly surprised to even see this valuable feature being offered.

Tip: You can get PIA for even cheaper if you sign up at the right time. Check out this page to make sure you’re up-to-date on sales and promotions.