To wrap things up, NordVPN is a top-notch VPN service that can give you the privacy you are looking for without compromising on performance. You are given access to several streaming services that would otherwise be unavailable to everyone, and their servers are blazingly fast.

Installing and configuring the application on a target computer can be performed by anybody, although there are some delicate settings that should only be handled by professionals. The quality-price ratio also appears to be reasonable, particularly if you plan on signing up for a longer subscription plan.

That the company has its headquarters in Panama was perfect for me as I wouldn’t have to fret about my data being monitored by the government. I was also pleased to be able to torrent so easily. Finally, NordVPN scored high on my speed and security tests, giving me assurance that my internet privacy would be protected.

Yes, NordVPN is often ranked as one of the best VPN services. Thanks to its strong encryptions, strict no-log policy, and Panama location, you can rest assured that your online privacy will be protected.

Besides that, the service is equipped with a wide array of server options and guarantees top-notch internet speeds across the board. It is also capable of unblocking most streaming websites and downloading torrents using the P2P server option.

Can I use NordVPN for free?

No, NordVPN does not offer a free version. However, the VPN offers a 30-day money-back guarantee that functions as a risk-free trial period, allowing you a chance to explore all its features in detail.

Free VPNs are especially useful when you are always connected to wi-fi in public areas, since the connections can be encrypted. Free VPNs are often unsafe and have limited functionality, so you should be careful when using them. However, these are a few safe and reliable free VPN options that you can choose from.

Yes, NordVPN is among the safest VPN services available. Providing high levels of encryption, a no-logs policy, a reliable kill switch, and a variety of dedicated services to suit all your needs, Nord scored really well in my review. 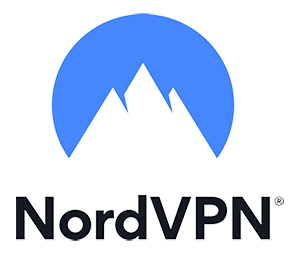