How to Unblock Twitch in Russia or Following a Ban

Twitch is an excellent platform which has unfortunately fallen victim to stringent censorship in Russia and China, with access now blocked in those countries.

In addition, Twitch is regulated by strict community guidelines to protect its users, and it is common to inadvertently, or undeservedly, fall foul of the set rules to incur a temporary or even permanent ban.

If you’ve been unfortunate enough to have your access to Twitch restricted, read our guide on how to unblock the service anywhere, or following a ban.

Bypassing Twitch Blocks With a VPN

If you use Twitch and find that your access is blocked, there are a few reasons this could be happening.

Despite the many reasons you might find Twitch is blocked, with the right VPN, you can unblock any website you want, no matter where you are in the world.

Some of the reasons why certain individuals find themselves blocked on Twitch are outlined below:

One of the most common reasons you may not be able to use Twitch is because the platform itself is blocking your access. There are two reasons this can happen: 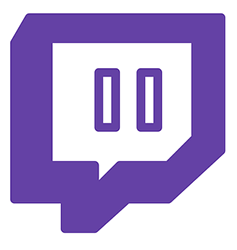 Over the years, Twitch’s terms of service have become increasingly tight. The company tends to block any IP address that could violate their rules and regulations.Most of these violations lead to a 24-hour suspension, but more serious cases can lead to a permanent ban.

Unfortunately, because of the way these blocks work, innocent parties can become blocked by default. For example, anyone breaking the rules while sharing your internet connection will result in the IP address being blocked rather than the individual account.

Twitch will block you for copyright infringement. If you share content you shouldn’t, the platform blocks your account for at least 24 hours. If it’s not your first violation, you’ll face an indefinite suspension of your account.

Sometimes individual companies and organizations will block streaming sites. Twitch is often blocked in the workplace or on school premises.

Regions with internet censorship will block websites like Twitch because they can’t exert control over its content. This is currently the case in Russia after Telegram refused to share users’ data and private messages with the government.

Since then, Russia is on a mission to block all the IP addresses owned by Google and Amazon. Twitch is just one of the companies suffering the consequences.

If you can’t currently access Twitch, here are the top 3 VPN services we recommend to regain access:

With NordVPN’s impressive server network, you can access Twitch from anywhere in the world no matter the reason you’re blocked. Not only this, the company has a strict no logs policy, and you can protect six devices simultaneously with one account. The service is available with a fully refundable 30-day money back guarantee.

ExpressVPN has offshore privacy protection and a strict no logs policy. The company allows you to access Twitch no matter where you are in the world by geo-spoofing via one of its 2,000+ servers. Additionally, it’s available on all devices and comes with a 30-day money back guarantee offer.

With CyberGhost VPN you access a fully encrypted internet, allowing you to protect up to seven devices at once. Thanks to its DNS and IP leak protection, your data will remain safe. The service comes with a 30-day money back guarantee.

There are various reasons why you might find access to your Twitch account limited. Whether you’ve broken conduct rules or you were in the wrong place at the wrong time, there is a way to bypass these blocks.

A VPN is the safest and most effective way to regain access to Twitch. That said, it’s essential you choose a VPN provider that is secure, reliable, fast and offers plenty of servers in countries across the world.