Use Pastebin.com in Turkey with These Top 3 Tips

For the unaware, a Pastebin is a text storage site where users can store plain text include snippets of source code. The first ones developed in the late 1990s and the most successful of those was Pastebin.com. It was created in 2002 and had exceeded 1 million pastes by 2010, with that number rising 10 fold a year later.

Controversy first hit Pastebin.com in 2014 when the website was blocked by the Venezuelan government when activists were sharing information. In the years since, it has been heavily regarded as a popular hiding spot for the transfer of dark web links, and thus is banned in multiple counties.

Instant messenger websites like WhatsApp are banned because of the way terrorists use them to run information, but that doesn’t mean that families living thousands of miles apart should be banned from using it.

Unfortunately for average people in countries like Turkey, there is no grey area, everything is either black or white.

Since 2010, media freedom and other basic tenets have steadily gone downhill in terms of general fairness in Turkey.

In 2016, its censorship regime was called “severe” after regional Internet blackouts and restrictions on the use of virtual private networks (VPNs) and the Tor browser. 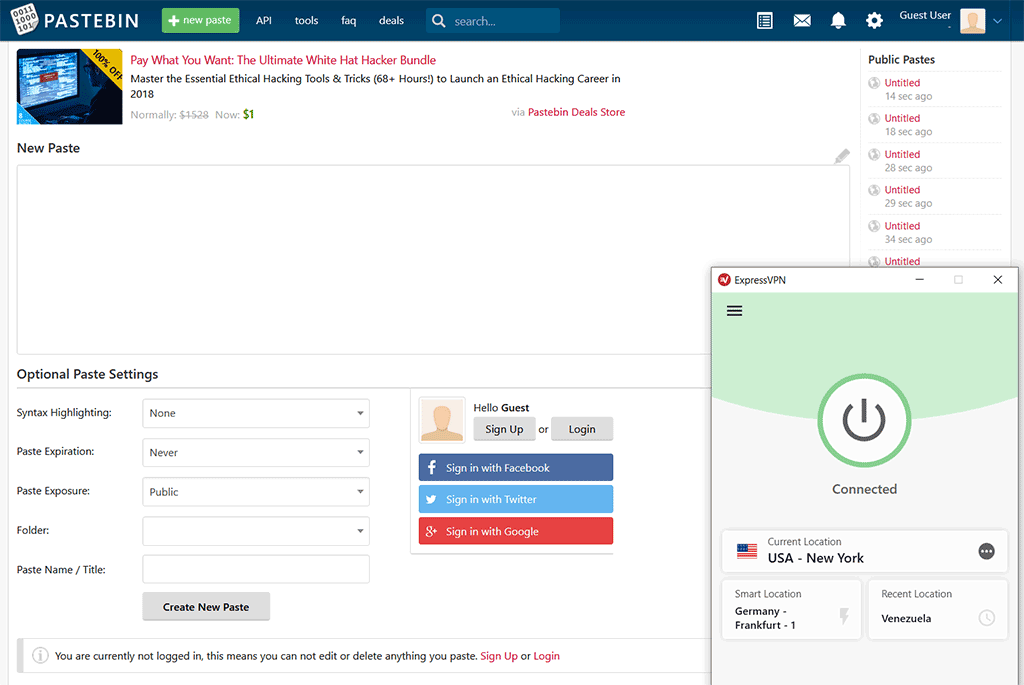 Using VPNs in a Banned Company

Clearly, no one wants legal trouble for using a VPN where they are banned, but for many residents of Turkey it is the equivalent of speeding on the highway or only slowing down to a crawl instead of coming to a full stop at a stop sign, it’s just a part of their daily routine.

The key then is finding VPNs strong enough to overcome the government’s censorship.

For this purpose, you should definitely stay away from homegrown Turkish VPNs as they very rarely have the firepower to get around their own country’s censorship and some are even in line with the government and can use your information to indict you if you attempt to download their client app to use as a VPN.

Larger VPN companies from other countries that have been in business longer will create mirror websites in order to get your business from within Turkey, even if their main sites are blocked.

Companies willing to do this generally have the necessary components to avoid detection by Turkey’s security and are worth investing in to meet your VPN needs, such as unblock Pastebin.com. If a company does not have a strong reputation of overcoming geo-blocks in countries that have tough Internet censorship, you are probably wasting your time investing in them.

Switzerland’s VyprVPN is always a top choice for taking care of your security when you are browsing anonymously. Its home country really has good privacy laws and lots of respect for Internet privacy around the world.

Its security system includes 256-bit AES encryption. It also avoids tracking logs thanks to its zero-knowledge DNS. The company supports several types of encryption methodology including Chameleon, PPTP, LT2P/IPsec, and OpenVPn, the most popular in the industry to date.

VyprVPN also boasts its own NAT Firewall for extra protection and does not limit your bandwidth when you are active.

SaferVPN is from Israel, another country high on the hoof when it comes to Internet security. It stores neither logs nor IP addresses when you use its service, which includes a kill switch.

It covers all types of encryption methods including PPTP, L2TP/IPSec, IKEv2, and OpenVPN. SaferVPN has a robust catalog of servers more than 760 spread across 35 countries and is quite successful at unlocking geo-restricted websites like Netflix, one of the notoriously tough nuts to rack.

IPVanish VPN has had previously trouble bypassing the Great Wall of China, but none to speak of in Turkey.

It has more than 1,000 servers to choose from spread across 60 countries, along with 256-bit AES encryption, a kill switch and leak protection for both IP and DNS sources.