Watch Netflix Content from Other EU Countries With a VPN

When you travel from one continent to another, you automatically gain access to the shows and movies in your new location. For EU travelers and residents, the rules are different.

In April 2018, the EU began enforcing a new regulation regarding the cross-border portability of online content services in the internal market. And, this law has had a direct impact on how EU residents view Netflix.

Netflix has updated its Help Pages for subscribers in the EU:

How Long Don’t You Have Access to Shows in Your New Location?

Netflix will identify your current location according to your IP address. The company will also know where you first created an account based on the details you entered when signing up (for example, your billing address) and the currency you use to make your monthly payments.

Once you sign in from your new location, Netflix will identify the country you’re signing in from based on your new IP. But, because of the new law, the company will allow you to continue to watch the shows and movies you had access to while in your hometown.

So, how long until you can explore shows and movies in your new location? Well, we jumped on the live chat and spoke to a member of the Netflix customer service team. According to the representative, you will only have access to local shows after 365 days in your new location. 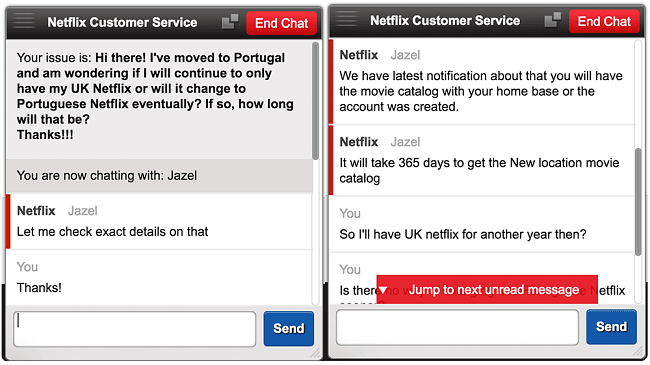 Can You Get Immediate Access to Shows in Another EU Location?

While having access to your usual shows can be great, it’s also exciting to be able to browse a different show and movie catalog when you land in a new country. Unfortunately, because of the new law, accessing another European catalog when relocating from one EU country to another is challenging.

According to Netflix, the only way to gain access to your local catalog before the 365 days is to cancel your current subscription and create a new one with your new billing address. 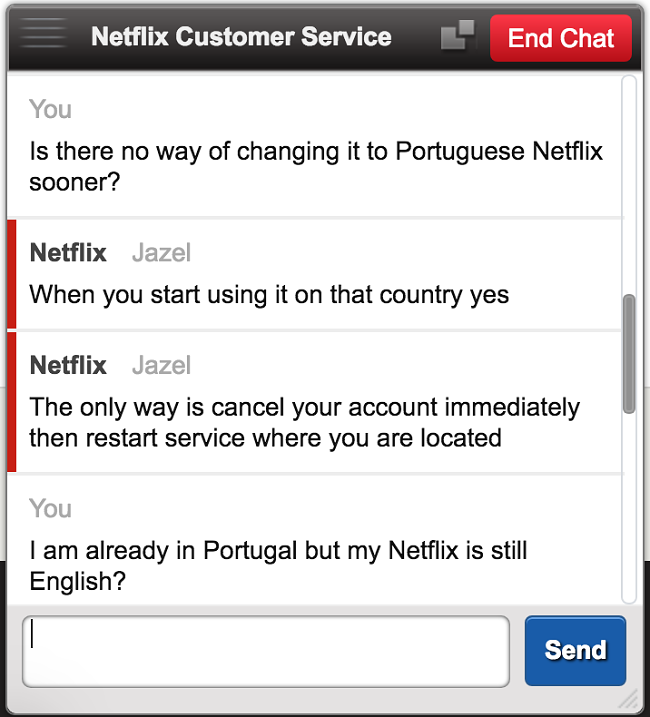 Another simpler option is to use a Virtual Private Network (VPN). Here’s how:

Can You Use a VPN to Bypass New EU Regulations

A Virtual Private Network, or VPN, connects you to a server in a location of your choosing, thus assigning you a totally new IP address. This is a particularly good way of bypassing geo-restrictions on Netflix.

But, with these regulations can will a VPN help you watch shows that are not available in your region?

One Facebook user was complaining that while using ExpressVPN from the UK he wasn’t able to watch anything but UK content. 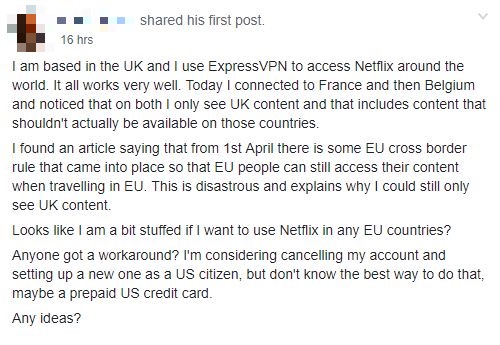 We ran a test ourselves with ExpressVPN using servers in the UK and Portugal. Aside from comparing both Netflix home pages, we also checked search results for The Big Bang Theory which we know isn’t available on Portuguese Netflix.

Based on our findings, we can conclude that a VPN can help you gain access to your local Netflix catalog sooner than the 365 days. Here are some screenshots:

Accessing Netflix from a UK server: 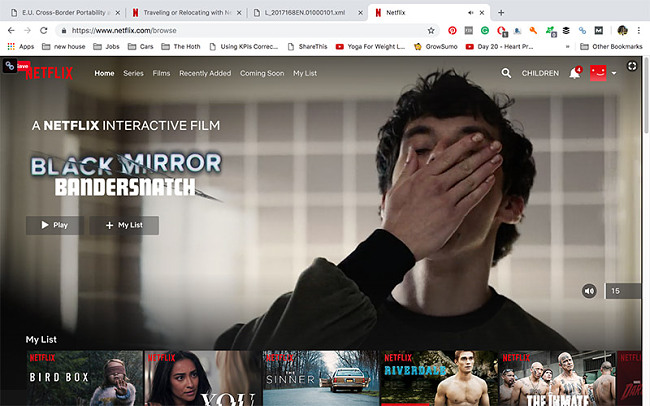 Netflix homepage while connected to a UK server 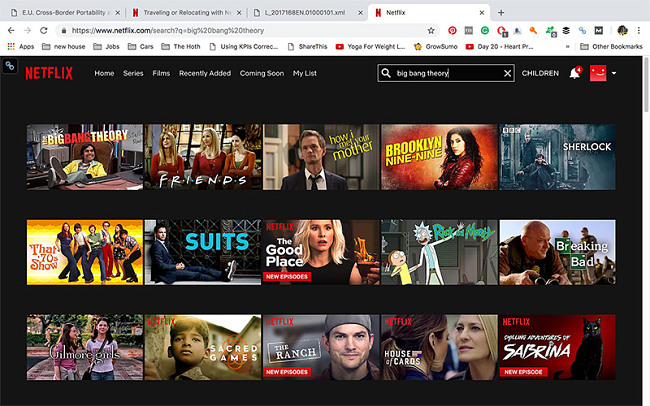 Accessing Netflix from a Portuguese server: 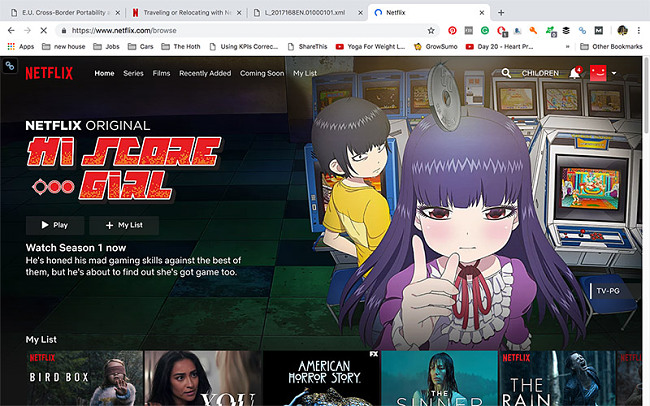 Netflix homepage while connected to a Portuguese server 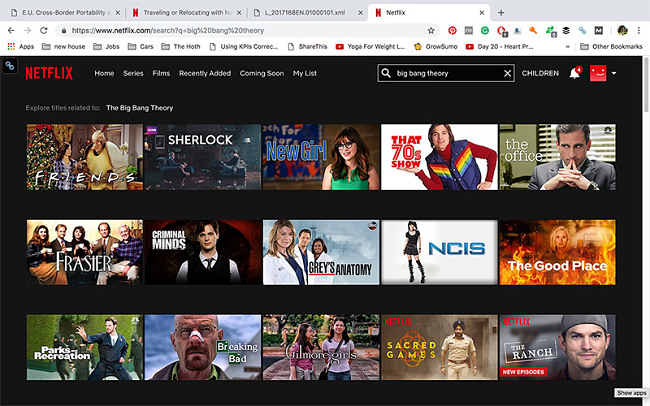 Confirmation that The Big Bang Theory isn’t available in Portugal

In short, if you want to access your local Netflix once you relocate from one EU country to another, you have two options:

Before you make your final decision, it’s worth mentioning that a VPN can help you with more than just Netflix.

Investing in a VPN can keep your device safe from hackers and malware, even when using a public Wifi hotspot. It can also help you bypass geo-restrictions set by other platforms other than Netflix.

Remember, not all VPNs are the same. Free versions don’t have the same level of encryption and come with fewer servers to choose from. You also won’t have access to the same speeds and many can’t bypass Netflix.

With this in mind, we recommend going for a paid subscription.

Enjoy watching Netflix from wherever you are!