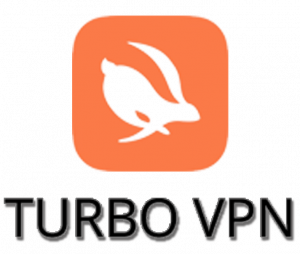 If you’re in a hurry, here’s the bottom line — You can get more servers globally, better VPN features, and 24/7 customer support with CyberGhost for less. So why bother reading on?!

Turbo VPN is a handy little app-based VPN, which provides decent service for your iOS and Android devices. But can it stand up to bigger VPNs?

Being a much smaller VPN than many of the others we’ve reviewed, Turbo VPN was kind of difficult to research properly. Information on Turbo VPN is sometimes a bit hidden, it seems.

However, our testing of the app found it to be straightforward and very user-friendly, making itself known as a handy little app for device-based browsing.

It seems pretty normal to expect your VPN to affect your connection speed because of the encryption, but we found very little difference in speed between when the VPN was turned on and when it was off. We are really impressed with how fast Turbo VPN is able to connect to whichever server we chose, and when we accessed BBC iPlayer, we found that the video we chose played seamlessly – hardly any buffering time, and great quality.

However, due to the small size of this VPN, if you have issues with speed or connectivity, you do not really have any options or settings to toggle to make your connection more stable.

Once again, the lack of information about this VPN made it hard to discover how many servers Turbo VPN actually has, but their list on the app is quite extensive. They generally have at least 9 servers available at any time, and list in the app what servers are the fastest based on your location. You can easily toggle between servers simply by tapping on the one of your choice, or the one most needed for your requirements. They also have a list of their free servers, for those not wanting to try out their VIP service – which offers more servers in general and faster speeds.

It’s important to note that Turbo VPN doesn’t support P2P or anything more advanced than basic streaming and connection encryption for privacy.

Turbo VPN is a snap to download and takes barely two minutes to get set up on your phone. Because of the apps simplicity, even those extremely new to VPNs will be able to figure out how to tap and connect to their server of choice.

There are ads included in the app, often either down the bottom of the screen, so they can be easily ignored, or right in the middle of the screen where you need to figure out whether there is an option to close it or not. The ads aren’t exactly intrusive, but they can get a little irritating.

The interface includes a rabbit in the center of the screen, and then you can simply tap the top right-hand corner to access the server list. Aside from toggling what server you’re connected to, there is very little you can change. You could easily turn on the switch that makes sure Turbo VPN connects as soon as you open the app, but we opted to leave that off so we could connect when we wanted to.

Speaking of automatic connections, we did have some issues with the app booting itself up and randomly connecting to a server whenever we downloaded and installed a new app. It wasn’t hard to switch it off, but it was quite bizarre for the app to do that.

Occasionally we had issues with the app connecting to our server of choice on the first try, but it always connected on the second try, and this only happened the first time we booted up the app, so perhaps some basic teething issues.

We were easily able to connect to BBC iPlayer and the quality of the videos there was quite good. However, we had issues connecting to US Netflix, which we believe may just have been Netflix cracking down on those using VPNs to access region-specific content.

Privacy is a main concern when it comes to using VPNs, and Turbo VPN has a strict ‘no-logs’ protocol, which it sets out in its very simple privacy policy. The privacy policy is not very extensive, though, and it does mention collecting some basic information during your ‘session’, which is then erased once you disconnect from the server. The policy does get a little confusing, however, stating that when you begin to use the service, they will collect information about your ‘behavior and location’. This could be just part of normal operating procedures, but it does feel a little iffy to us.

There are an awful lot of permissions required for the app to run, however, which makes us wonder about the privacy of our details.

Overall, Turbo VPN is a simple, easy-to-use VPN for iOS and Android. It delivers well on speeds and access to region specific streaming services, but it doesn’t really impress past those features. We recommend it for absolute VPN beginners, and those only looking for a VPN for streaming.

Customer support is very basic for Turbo VPN – you can either log difficulties via a ticket-based service on the app, or email them directly with more pressing concerns. We observed that a lot of people had received assistance for the app after posting negative reviews on the Play and App stores, but the customer support overall seems minimal.

The app does have a small FAQ section, but this is extremely simplistic, featuring only five questions, often with one sentence answers.

You can either go the free version, or go for the paid plan which is called the VIP plan. If you go with the VIP option, you will have more servers at your disposal, and faster speeds in general. The ads don’t go away, though. You can try out the VIP option for seven days for free.