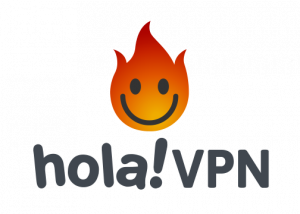 While Hola is a decent VPN, you can get better quality VPNs at an affordable price. Surfshark, for example, offers premium VPN features for a super low monthly fee — so you don’t have to settle for less.

Hola has been in the VPN game for some time now and is known primarily for its consistent free service, although the free version of this VPN isn’t as feature-packed as some of its competitors.

This particular VPN doesn’t protect you using the traditional method of a fixed network of servers managed by the VPN. Instead, it uses a “peer to peer” system in which traffic is routed through its users’ internet connections. If you’re looking for a more traditional VPN you should check out our ExpressVPN review.

This means that your traffic will be passing through the devices of other people who are using the VPN, which keeps costs down while making it difficult for governments, ISPs, and websites to discover that you are using a VPN. The downside is that you are essentially allowing Hola to use your network as a resource.

Furthermore, there is the possibility that you could become mixed up in illegal activity; for example, a hacker or cybercriminal could be using Hola VPN and therefore your IP address to send spam or install malware, and you could unintentionally become associated.

The best way to avoid this is to sign up to Hola’s premium service, which means that your bandwidth won’t be shared with other users. It’s up to you to decide if this single feature of the premium service is worth the price you pay.

Although it’s only available on desktop and not mobile, Hola is super easy to download and install on Windows and Mac. Furthermore, you can install the Hola Chrome extension which appears as a drop-down in your browser and secures the websites you’re visiting. You can, for example, click the Hola Chrome extension and choose the UK as your location if you want to visit the BBC website.

Still not sure if Hola is the right VPN for you? Check out our top recommended VPNs to learn more.