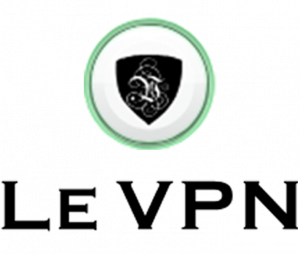 Launched in 2010, Le VPN is a French provider headquartered in Hong Kong that has an astonishingly massive network of servers (800 servers in 120 countries). This gives it the upper hand over its rivals who are mainly focused on a handful of popular locations.
Encryption and security are totally legit with Le VPN on both public and private networks, thanks to their advanced security techniques by offering more than one way to secure your Internet connection with AES 256- bit encrypted VPN (OpenVPN, L2TP, and PPTP), SmartDNS (practical if you want to watch your favorite show on your home TV), or a hybrid between the two (HybridVPN) to get around geo-restrictions and unblock the most stubborn websites (that’s you, Netflix). Le VPN also gives you control over your Internet connection through a built-in kill switch, look for “Block Internet connection while reconnecting” in the app’s settings.
P2P and torrenting activities are accepted by Le VPN, so torrent zealots are in for a treat, especially since bandwidth and speeds aren’t bound by any restrictions or limitations. Although speed isn’t Le VPN’s strongest point, it’s decent and stable enough for streaming.
Privacy, on the other hand, doesn’t have much luck with Le VPN. Though its location in Hong Kong keeps it away from data retention laws, the company keeps some connection logs and IP addresses, but they don’t record or monitor their users’ browsing activities.
All price plans come with a 7 day money-back guarantee and fortunately, Le VPN accepts Bitcoin. Should you face a problem, you can either check their FAQ section or send a ticket to their support team.

Backed by extensive setup guides and tutorials, Le VPN has an intuitive, simple, and nicely designed software for most platforms. Make sure you don’t have any other VPNs running on your system before installing Le VPN. You shouldn’t come across any glitches while installing Le VPN. It’s very smooth, doesn’t take much space either, and you’re only required to provide your credentials once. The Windows app layout is very clear, comforting, and automatically suggests the fastest server for you. However, you have the option to select the server you want to connect to from the server list. If you want to change the default connection settings, you can simply click on the menu button, and then click on “Options”. There aren’t as many options as one would expect, but there’s good option, “Block internet connection while reconnecting” that’s equivalent to a kill switch.