You know the dances, now it’s time to play the wildly popular Fortnite game from Epic Games. Over the past few years, millions of gamers have joined a Battle Royale and attempted to be the last one standing. Build structures, strategize with other players, and find cool weapons, and most importantly, have fun.

Fortnite is part of Epic Games and you will have to first install the Epic Games Launcher before you can download a shortcut to Fortnite.

How to Uninstall Fortnite

You can’t just delete Fortnite, you will have to remove the Epic Games Launcher, which can be done in a few easy steps.

You’ll notice the Fortnite shortcut wasn’t deleted from your computer. Don’t worry, once the Game Launcher is gone, the files are gone and the shortcut doesn’t open anything, just delete it from your desktop.

There are 3 different game options available in Fortnite. 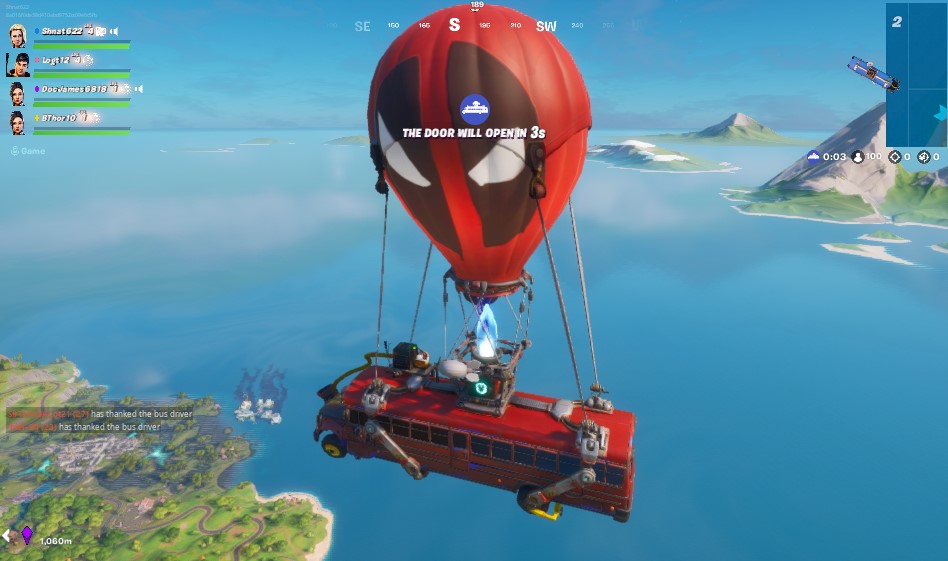 The Battle Royale begins with a trip on the flying Battle Bus. All 100 players are on board and once the horn is sounded players are allowed to jump out, but you should resist the urge to leap out with everyone else. Instead try waiting as long as you can, so that you won’t land in a crowded area, where you may quickly be greeted by an attacking opponent.

As you glide down from the Battle Bus try and land in a residential area. Not only will a house provide some much-needed cover, but you may be able to find weapons, shields, potions, or other helpful items laying around.

There is a natural tendency to try and find the “coolest” weapons that can do the most damage. But if you’re a beginner, using a specialty weapon, such as a sniper rifle which is useless in close range or a shotgun that’s useless for long-range shots, can get you killed. Instead, start out with the more versatile weapons like an SMG or assault rifle. 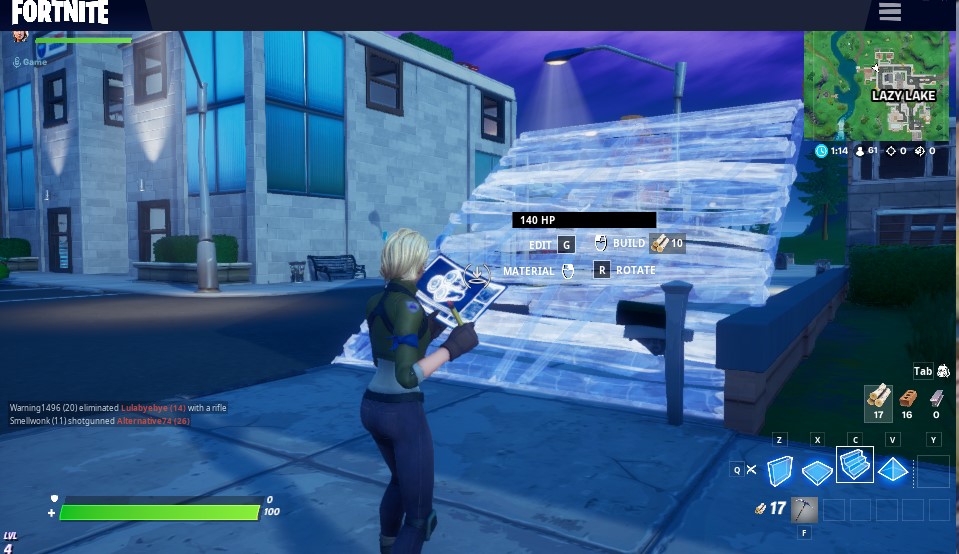 One of the fun things to do on the island is to use your pickaxe to harvest materials. Break down trees, houses, even cars, and then use that material to build your own cover structure.

If you need a healing kit or potion to recover from being shot, build a cover structure first. It can take up to 10 seconds before your strength returns, and during that time, you’re vulnerable and can’t move much. The cover will protect you from additional harm until you’re healthy enough to get in the battle.

If you’re looking for an advantage during a shootout, head for higher ground. This can be a tall structure that you built, climbing the side of a hill, or on the top floor of a building. It will be harder for your opponent to hit you and it will give you a better view of the landscape. And if you have a sniper gun, you’ll have a better chance of hitting an opponent without them even seeing you. 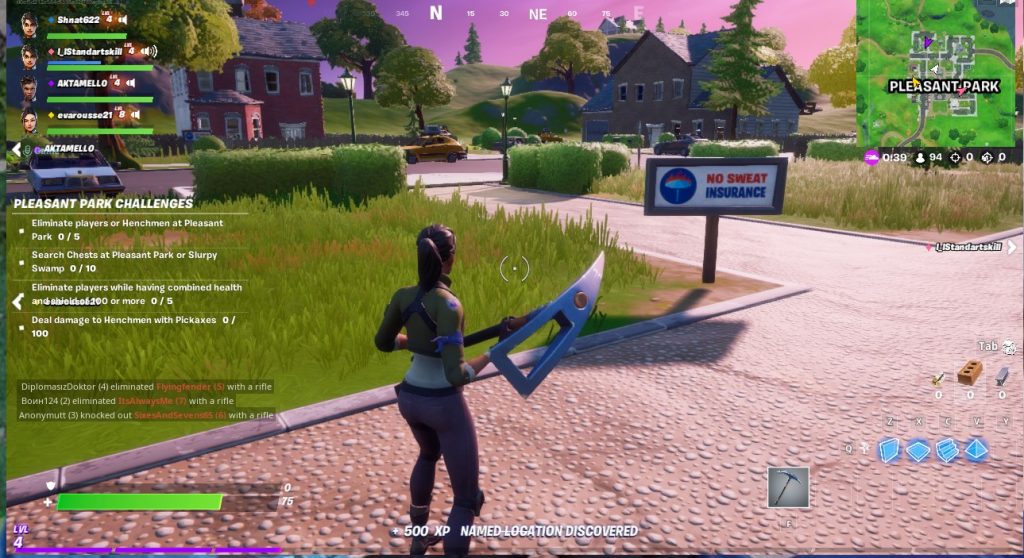 As you run around the island, avoiding the other 99 players and staying within the safety zone, don’t pass up the opportunity to collect building materials. You never know when you’ll have to quickly build some cover or get the high ground and not having the right materials can be the difference between life and death.

While Fortnite is free to download and play, there are some helpful upgrades that you can purchase. Fortnite has its own currency called V-Bucks that you be used to purchase new clothes for your characters, cool new dance moves, and some other visual upgrades.

As I mentioned earlier, the Save the World game mode is currently only available for purchase as well.

📲 Is Fortnite available for Android or iOS?

Fortnite is available through the Play and App store. While the game is a little more difficult to play on the smaller screens and the graphics are not quite as good, the game is the same. Jump onto the island and try to be the last one standing.

❓How do I get new Fortnite skins?

There are over 160 skins, and they’re broken up into 5 categories: Legendary, Epic, Rare, Uncommon, and Common.

Skins are a great way to personalize Fortnite. You can dress your character in different clothes and stylize your weapons in different ways. Most skins are not free and can be purchased with V-Bucks, that you either earn in the game or purchase with real money.

There is no competitive advantage to purchasing a skin over using the default skins.

✅How do I dance in Fortnite?

Dancing over an opponent or just emoting during a dull moment of play is one of the more entertaining features in Fortnite. If you’re on a PC you can click the B button to start dancing. All players have a basic dance for free, and you can earn new dance moves as you play and build your profile. There are also some dances available for purchase with V-Bucks.

⚙️How can I control my character on PC and Mac (no controller)?

If you’re using your keyboard and mouse to control your characters, you’ll need to get used to the buttons. Instead of the arrow keys controlling your characters, you can use:
W: up
S: Left
D: Right
A: Down
Space Bar: Jump
Shoot or Swing the Pickaxe: Left mouse button
T: Pick up weapon, healing kit, ammo, etc.
R: Reload your weapon
Move your mouse to look around

There are so many more actions that you can do, and it will take a game or two to get comfortable and learn the different keys. However, the actions listed above are enough to get you started.

🔎What are Fortnite Seasons?

Fortnite Seasons are a brilliant marketing strategy by Epic Games to keep the game new and relevant. Each season lasts around 3 months, and new weapons, map adjustments, and other features are introduced for each season.

🔒 Can I use a VPN when playing Fortnite?

Whether you want to play Fortnite but you’re blocked by a school or work firewall or the game was banned in your country, you can use a VPN to bypass these restrictions. While the official Terms and Conditions of Epic Games state that you can’t use a VPN, I did find several VPNs that worked well with Fortnite. I didn’t have any trouble with logging in, speeds, or communicating with friends.

Write a Review on Fortnite