8.6
Good!
Visit VyprVPN Website Visit Site
Vypr VPN is considered one of the best in the world, but it does have some deficiencies. Does that make PureVPN a better choice? Probably not.

Vypr VPN has been around for awhile now at this point, taking time to refine their service in some ways. Encryption-wise, both PureVPN and Vypr use 256-bit, and share the choices of OpenVPN and L2TP/IPSec protocols. PureVPN offers a handful of other common protocols, while Vypr has something called Chameleon. Read below to see why that matters. More Info

In terms of features, both these VPNs are about the same. Their main differences center around speeds and content unblocking, as they both share an ambiguous logging policy that some users will definitely not appreciate. There are no glaring weak points for either VPN, however.

PureVPN offers average download and upload reductions, placing them somewhere in the middle of other VPNs out there. Vypr VPN is much faster, ensuring high-quality streaming with no lags, and large file downloads without much drop off.

PureVPN’s biggest strength may be its server list, with over 140 countries being offered, most of which have several servers within. Vypr VPN has servers in 65 countries, with 73 total choices — not the best, but definitely not towards the bottom.

Both PureVPN and Vypr have excellent customer support on all levels. They both have a sizable knowledge base on their websites, use email ticketing for complex troubleshooting, and always have a 24/7 live chat available. 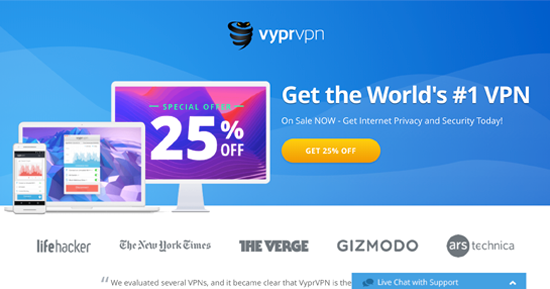 There is no need to customize VyprVPN for it to run correctly on your computer. For the less than tech-savvy, it’s a blessing. However, we were pleased to find in the options menu the ability to make quite a few adjustments if we needed. Tech gurus will enjoy being able to customize DNS settings.

We tested several websites to see how well they loaded using the VPN. The fastest, according to VYPR, did load pages quickly. The servers in the United States allowed us to stream for Netflix and BBC America. Servers outside the United States gave us a proxy error, blocking us from viewing. The various US servers we tested did not give us any buffering issues when watching our shows on Netflix. Unfortunately, we could not watch Hulu, as Hulu blocks all proxy servers.

It was a little frustrating to see that when we tried to use our Outlook application, Gmail blocked connection due to the VPN. However, if we logged in using Google’s website, we received no notification of an unknown login attempt.

Vypyr does work in China, thanks to their Chameleon protocol, which is able to tunnel your IP with OpenVPN, but without triggering a red flag from Chinese government servers.
Visit VyprVPN Website

Vypr VPN simply has too many advantages over PureVPN. While they both have a troubling past with log keeping, Vypr is the more superior service thanks to its ability to unblock more content, higher speeds, and the Chameleon protocol that can evade even the most strict government censorship technology. More Info
OR 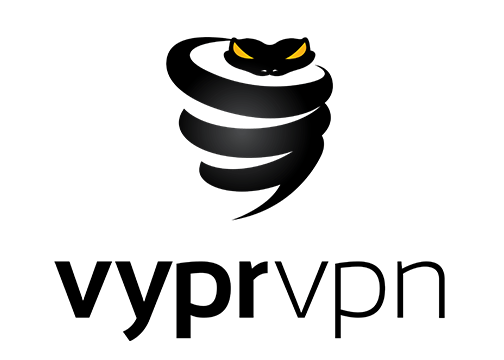