SecureTunnel VPN Review 2020 - DON'T BUY IT BEFORE YOU READ THIS 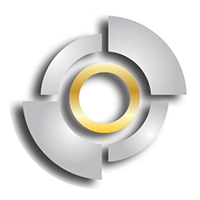 SecureTunnel VPN is considered one of the most experienced VPN providers in the market today as it has been providing its users with online freedom, privacy, and security solutions since 2002. It is based in the United States which can be of some concern due to the strict data retention laws being implemented in the country.

However, SecureTunnel VPN strives to fully protect its users’ online anonymity by not keeping any logs of their online activities or browsing history. Even though it has a limited network of servers compared to its competitors, it secures this network with an encryption level reaching up to 1024-bit. The security protocols supported include OpenVPN with TCP/UDP, SSH, and PPTP. The SecureTunnel VPN connection supports public Wifi protection to ensure a safe connection to any network.

Even though SecureTunnel VPN has a pretty impressive client app, it lacks an important feature which is the kill switch.

Another main privacy advantage is that SecureTunnel accepts anonymous payment methods such as Bitcoin among numerous other payment options to satisfy all the privacy-obsessed users.

If you’re still not sure about whether or not this is the suitable VPN provider for you, you can always give it a risk-free trial with its 30-day money back guarantee.

SecureTunnel VPN has 17 servers in 12 countries

The SecureTunnel VPN website gave us a pretty good first impression. All the information we need is displayed all the contents are well organized making it very easy to navigate through and even easier to register for an account and make a payment.

Once we had our account all setup we moved on to the download section of the website where you can choose the software according to the operating system you’re using. Downloading and installing the app is straightforward with no complications whatsoever.

The difference between using the app and manually configuring the connection on your system is that the app combines all the server access and all the features in one place. On the other hand, with the manual setup, all additional configurations or any server switching must be done manually. If you still prefer a manual setup, then you can also find detailed tutorials on how to establish these connections on the website and for all operating systems.