Hideman VPN Review 2020 - DON'T BUY IT BEFORE YOU READ THIS 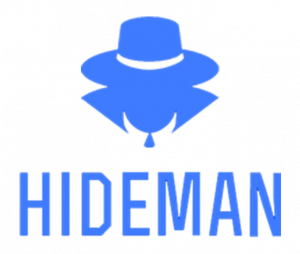 While Hideman is a decent VPN, you can get better quality VPNs at an affordable price. Surfshark, for example, offers premium VPN features for a super low monthly fee — so you don’t have to settle for less.

If you like to keep it simple, Hideman is an efficient and easy VPN perfect for those who are not tech savvy. Based in the UK, Hideman launched in 2012 with a cross platform support for Windows, Android, iOS, MacOS, and Chrome browser.
Hideman runs its own private DNS servers and uses strong encryption (AES 256-bit) and supports only two protocols: OpenVPN and PPTP. Word to the wise, stay away from PPTP as it’s no longer a highly secure protocol and can be detected by most ISPs nowadays. As previously mentioned, Hideman isn’t for sophisticated VPN users, that being said, the VPN does come with a kill-switch.
With 4 simultaneous connections and a decent server network, you can stream a large selection of online channels around the world and services including Netflix, BBC iPlayer, Hulu, and more on a wide range of desktop and portable devices.
In addition to a free VPN trial, Hideman has a couple of subscription plans at higher prices than its peers in the same category, but gets a bonus credit for accepting an array of payment options including anonymous payments like Bitcoin.

Hideman has 29 servers in 22 countries.

Hideman springs a simple, sleek, and intuitive app for a variety of platforms and operating systems including Windows, Android, Mac OS, iOS, and Chrome. We took their Windows app for a spin and it was enjoyable. The installation process was very quick; we clicked on the download button, waited for a few moments, and the app opened up on our screen without a hassle. Though not flashy, the interface is very easy and interactive. You can easily scroll through the servers and navigate through the tabs to adjust your connection settings. Two features caught our attention; Anti DPI Mode and DNS Filter, which are pretty cool in terms of increasing your security.