Slack Not Working in Russia? This Hack Fixes Your Worries

In less than five years, Slack has become one of the preeminent collaboration softwares in the world, giving everyone from corporate professionals to freelancers the chance to communicate, collaborate, and work together in a real-time environment despite being spread across cities, countries, or continents. 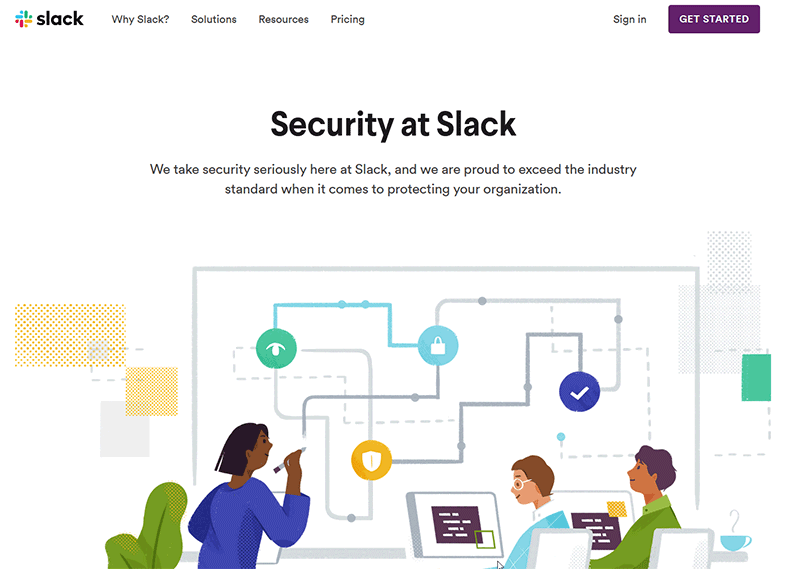 Slack is an integral tool in countries like Russia where businesses are spread out across great expanses or often into other countries that developed after the fall of the Soviet Union 30 years ago.

But with the Russian government cracking down on messenger systems that use encryption codes – and won’t share them with the government – the risk of Slack in Russia being knocked offline is a real one.

Fortunately, virtual private networks (VPNs) offer an alternative solution when Slack is not available in Russia. Whatever purpose you need this incredible collaboration tool for, VPNs can keep you up and running regardless of the official stance of the Russian government.

What to Look for in a VPN for Russia

Russia is one of the most fearsome countries around when it comes to censorship and punishment. For that reason, you’ll want to look at several essential components when deciding on a VPN to select to use Slack in Russia.

Best VPNs for Slack in Russia

Based in Romania, CyberGhost VPN stands alone with its unique build – it owns its own servers and doesn’t have to outsource to any third parties.

Security is another win for this VPN; it has 256-bit encryption,  a safety feature that blocks malicious ads, tracking, and websites, and does not keep any logs.

One license is good for up to seven connections and it has access to more than 3,000 servers spread across more than 60 countries. It also offers an extra layer of protection when you are using public WiFi.

HMA VPN goes for a lot of exotic locations, which can be ideal when you’re looking for places near Russia. Although it operates out of the United Kingdom and has to share some metadata, its security is otherwise airtight despite not having a kill switch.

It supports both OpenVPN and IPSec and has a strong history when it comes to unlocking content. Plus it is very easy to adapt for either desktop or mobile.

Private Internet Access (PIA) VPN gives some people bad vibes given its home in the United States, but it has a strict no-logs policy and enforces it.

It has more than 3,000 servers operational and takes its security seriously with a kill switch, SOCK5 proxy, DNS leak protection, and an auto-connect feature. You can connect up to five devices at one time and there’s a money-back guarantee attached that can really be used to your advantage if your stay in Russia is a brief one.

The best news is that this is one of the lowest priced VPNs on the market, so it’s great to spend a month trying it out without ruining your bank account.