Encryption has a significant impact on your privacy. Often regarded as the most effective way to secure your data, encryption provides a secure way to transmit even the most sensitive data, including government records and private health data.

As the security feature has slowly made its way into mainstream public expectation with the introduction of encrypted communication such as Whatsapp, users are now demanding end-to-end encryption to nearly every method of communication offered.

So, what exactly is encryption and why is it so important for everyday individuals? Here’s everything you need to know about what encryption is and why it should matter to you.

You likely have sensitive data such as financial information on your phone, laptop, tablet or any other device. Without encryption, any of this private data can be accessed or intercepted by third parties and bad actors.

When data is encrypted, it is basically rearranged into unreadable nonsense, referred to as ciphertext. To access the information, the intended party must hold an encryption key, allowing them to decrypt the message and return it to its decipherable format.

Currently, the highest levels of encryption available are 256-bit and 128-bit. Simply put, bits refer to the size of the encryption key, acting as a password. The larger the key, the harder it is to crack. To put things into perspective, a 128-bit encryption is used by banks and the military and is one trillion times stronger than 40-bit encryption.

Originally referred to as Rijndael, AES stands for Advanced Encryption Standard. It is one of the most common methods for encrypting important data, used by organizations ranging from Apple and Microsoft to the NSA.

AES is the premier advanced encryption standard algorithm because of the following features:

In total, there are three block ciphers that AES is comprised of AES-128, AES-192 and AES-256. Each AES cipher encrypts and decrypts data in blocks of 128 bits using the cryptographic keys of 128, 192 and 256-bit – with 256-bit being the most secure. For 128-bit keys, there are 10 rounds of the encryption process, 12 rounds for 192-bit keys and 14 rounds for 256-bit keys. The AES algorithm is symmetric, which means that the same key is used for the encryption and decryption process, so the sender and the recipient know that they use the same key.

AES vs. DES: A New Era of Encryption

The Data Encryption Standard or DES is essentially the predecessor of AES. In the early 1970’s, IBM developed the original DES, which was submitted to the National Bureau of Standards and used by the NSA. Eventually, DES was the standard security algorithm used by the United States Government for 20 years until distributed.net teamed up with the Electronic Frontier Foundation and publicly broke DES in less than 24 hours.

AES began development at the National Institute of Standards and Technology (NIST) when it became apparent that a successor for DES was required after becoming vulnerable to brute-force attacks. This new algorithm was designed to be easy to implement into hardware, software and restricted environments. AES would be unclassified and able to protect sensitive government information against different attack techniques. AES is at least six times faster than even triple DES.

First of all, AES offers any commercial, non-commercial, private and public organization or individual to use it for free. Here are other common uses for the AES algorithm:

Virtual Private Networks (VPNs) commonly use AES. A VPN is a tool that allows you to secure your network connection by sending your IP address to a secure server operated by the provider elsewhere in the world. VPNs work particularly well when connected to an open, unsecured network such as a coffee shop.

Any file that has been compressed to reduce its size and minimize its impact on your hard drive likely relies on software containing AES encryption. These are typically files that one can download from the internet such as WinZip, 7 Zip and RAR.

If you’re familiar with cryptography and work to ensure that your personal data is secure, the disk/partition encryption software you are using integrates an AES algorithm. Software such as BitLocker, FileVault and CipherShed all run on AES to maintain the privacy of your information.

With the continuous advancement in technology, the prevalence of cyber-attacks is always increasing. Currently, there is no known method of breaching AES encryption, making it a strong driving force in security and essential for safeguarding your information and mitigating the risk of an attack. AES encryption is already integrated into many software and hardware systems, and if fully embraced, its potential seems almost limitless. 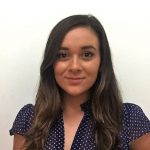