How to Watch the 2021 Davis Cup Finals from Anywhere

You don’t want to miss cheering for your favorite team in the Davis Cup Finals! Unfortunately, geo-restrictions could prevent you from live streaming the matches.

A quality VPN will help you unblock geo-restricted streaming platforms from around the world. You’ll even be able to watch the Davis Cup Finals in the language of your choice.

I tested dozens of VPNs and identified the top 2 for streaming the Davis Cup Finals. All of my VPN recommendations have money-back guarantees from 30 days up to 45, so it’s completely risk-free to sign up.

Don’t miss the Davis Cup Finals — get a VPN!

All you need is an internet connection, a VPN, and a supported device.

Enjoy the Davis Cup Finals with a VPN!

You can watch the Davis Cup Finals in Dutch on Sporza. Here’s how:

Watch in Dutch with ExpressVPN!

Sportsnet will be live streaming the Davis Cup in Canada. You’ll need a subscription and a Canadian credit card to sign up.

Stream from Canada with ExpressVPN!

Get Access to the Davis Cup Finals on HRT Sport (Croatia)

HRT Sport offers a free live stream in Croatia — but you can bypass the geo-restrictions by connecting to your VPN’s Croatian servers.

Watch in Croatian with ExpressVPN!

France TV Sport will be streaming the Davis Cup Finals for free in France.

Watch in French with CyberGhost!

Access the Davis Cup Finals on Sport1 and DAZN (Germany)

You can watch the Davis Cup Finals for free on Sport 1 or get a one-month free trial on DAZN.

Stream in German with ExpressVPN!

Movistar+ has the exclusive rights to broadcast the Davis Cup Finals in Spain.

Watch in Spanish with ExpressVPN!

You’ll need a Eurosport account to watch the Davis Cup Finals. The tournament is being broadcast live and on-demand in the UK, Norway, Denmark, Sweden, Finland and Iceland.

A subscription is required to watch Sky Sports. If you don’t have a Sky Sports account, you can get a daily, weekly, or monthly Sky Sports Pass on NowTV.

For a free option, I recommend using the BBC iPlayer. You’ll need to create an account first — simply provide a UK postcode and accept the prompt: “I have a TV license. Watch Now”.

Get British commentary with ExpressVPN!

Channel 7 in Australia offers free streaming as long as you have an Australian IP address.

Stream from Australia with CyberGhost!

ExpressVPN is one of the fastest VPNs I’ve ever used. I find its connection is always reliable and consistent, which is essential when streaming the Davis Cup Finals and other live sports games. It even has an in-built speed test for its Windows and Mac apps, which helps you find the fastest VPN server location for you.

I also like ExpressVPN’s MediaStreamer technology, which lets you bypass geo-restrictions on streaming platforms. However, you have to set this up manually. The benefit is that you can set up MediaStreamer on devices without native VPN support, such as game consoles. This way, you can stream the Davis Cup Finals directly on your TV through your game console.

Even though this sounds complex, it’s actually a straightforward process. If you have any issues, you can contact ExpressVPN’s 24/7 customer support team via live chat or email. There’s no phone support provided, but I’ve always received fast responses to my live chat and email messages.

I also like ExpressVPN’s mobile app as it’s great for streaming the Davis Cup while traveling. The app has a one-click feature so you can connect to your chosen server in seconds. You can add shortcuts to specific apps or web browsers too, which is perfect for quickly switching between sports streaming platforms.

ExpressVPN has a 30-day money-back guarantee so you can try this VPN before you commit to a subscription. You should also check this hidden ExpressVPN page I found, which regularly releases bargain prices.

2. CyberGhost — Stream Sports from Dedicated Servers on 7 Devices at Once

CyberGhost has the largest global server network on my list, with nearly 6,000 high-speed servers around the world. I was especially impressed with CyberGhost’s dedicated servers for streaming sports, which are perfect for streaming the Davis Cup Finals. I tested these servers and found no buffering or connection errors when accessing geo-restricted websites, like Eurosport and Sky Sports.

I also like CyberGhost’s ability to connect up to 7 device connections with a single subscription — including desktop, phones, and game consoles. You can even share your account with friends and family, so everyone can enjoy streaming the Davis Cup Finals on their own device at the same time.

Unfortunately, CyberGhost is the only VPN on my list that can’t bypass the Great Firewall of China.

You can watch the Davis Cup Finals with CyberGhost for 45 days for free, thanks to its generous money-back guarantee. If you want to cancel your subscription, you’ll get a full refund with no questions asked. This is one of the longest refund policies available in the market.

Why You Need a VPN to Watch the Davis Cup Finals

A VPN, or Virtual Private Network, is a secure global network of internet servers. As a user, once you connect to a server, all of your internet activity will now originate from this server. This gives the appearance that you’re based in this location yourself.

Your server makes it appear as though you’re located in the server’s country. This means you can access streaming services normally geo-blocked to outsiders, from the Davis Cup Finals to Netflix and BBC iPlayer.

For example, without connecting to ExpressVPN first, I couldn’t even see Sportsnet Canada’s homepage.

The main reason for these blocks are licensing agreements. Additionally, video bandwidth is expensive, so providing worldwide streaming access isn’t in the interest of streaming platforms. If you want to overcome geo-restrictions, you’ll need a good VPN.

Stream the Davis Cup Finals with a VPN!

Warning! Be Careful of Getting a Free VPN

Free VPNs have a history of collecting user data and selling it to advertisers, as well as opening their networks to malicious third parties. Even though there are some free VPNs that are safe, you’ll have a frustrating experience if you want to stream the Davis Cup Finals.

None offer the same quality of features as paid VPNs do. This includes unlimited bandwidth, which is vital if you want to stream sports games uninterrupted and in high definition. Free VPNs don’t have the technology to unblock geo-restricted websites either, which means you won’t be able to watch the Davis Cup Finals from your chosen country.

If you’re not sure if you want to pay for a quality VPN, my 2 VPN recommendations all offer a money-back guarantee. You can test out the service risk-free and then get your money back if you find it’s not for you. I’ve tested the refund policy for every provider myself, and I’ve always gotten my money back easily. 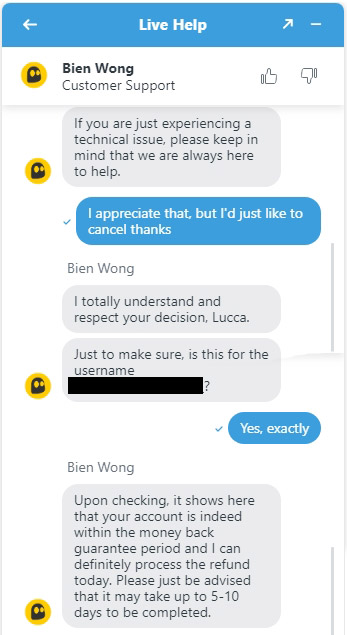 Both my VPN recommendations have a money-back guarantee

The Davis Cup Finals Are Waiting for You!

Most of my recommended sports streaming platforms are completely free. This means the only cost is a quality VPN. Luckily, all my top VPNs frequently release hidden discounts on their website, some of which you can find below.

Hack your way to more savings on your VPN!

Stream the Davis Cup with a VPN! 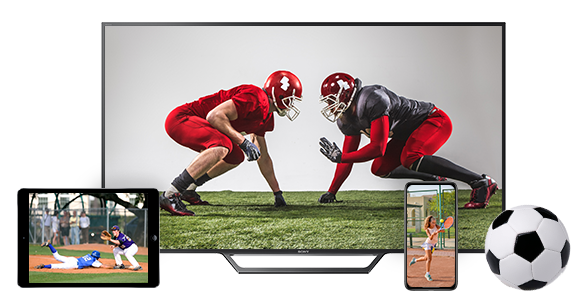