Fans of Khawatir Can Watch Episodes From Anywhere With this Hack

One of the most popular shows on TV in Saudi Arabia is the half-hour reality show Khawatir, which ran 11 seasons in 2005-2015. It was groundbreaking in that host Ahmad Al Shugairi traveled to Arab countries and exposed both their positive and negative aspects. Al Shugairi is the most popular Saudi Arabian on Twitter and a well-known activist in the country. 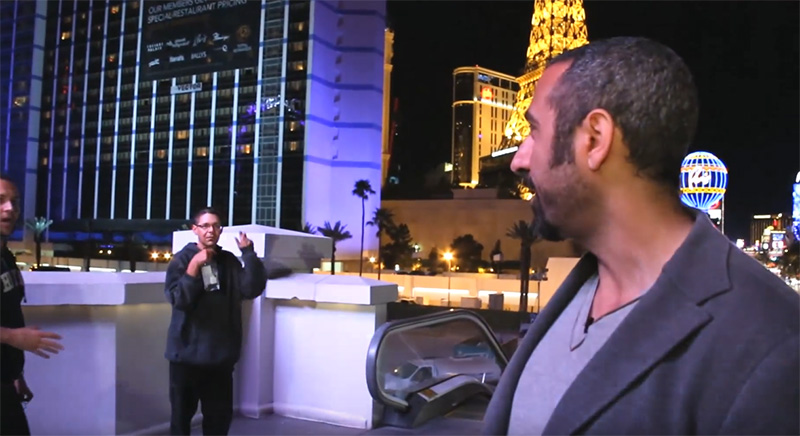 Khawatir was broadcast on the Middle East Television Center and numbered 330 episodes.

About 31% of the population of Saudi Arabia lives outside of the kingdom’s home borders, with heavy concentrations in Egypt, the US, and Kuwait. This means that watching  Khawatir is not possible for these residents because of the geo-blocking practice installed by Middle East Television Center. Attempting to download or stream its content from outside Saudi Arabia’s borders results in an error message in your web browser.

Fortunately, there is a safe, legal solution to this problem made possible by using a virtual private network (VPN).

A VPN works by creating a encrypted ‘tunnel’  between your computer and one located in a remote location, in this instance, Saudi Arabia. When you want to access episodes of  Khawatir on the Middle East Television Center’s website, you connect to the remote computer and type in the website’s address. This request passes through the encrypted tunnel where it cannot be seen by any third parties such as your own Internet Service Provider (ISP).

When the request gets to the remote server in Saudi Arabia, it is decrypted and then assigned a Saudi Arabian IP address. The request is then sent on to the Middle East Television Center website, which recognizes the IP address and allows you to begin watching episodes of  Khawatir. The downloaded data first travels to the remote server where it is encrypted. It passes back through the encrypted tunnel to your computer, where the VPN client decrypts it and makes it available.

You can then watch episodes of  Khawatir regardless of whether you are located in Greenland, Greece, Georgia, or Great Britain.

Step-by-step instructions for using a VPN to watch Khawatir:

Which VPN is the best for watching Khawatir abroad?

IPVanish VPN is a stalwart of the VPN community despite being fairly young, founded in 2012. It had just 30 servers that first year and has grown to more than 1,000 spread across 60 countries in 2018.

Based out of Orlando, Florida, it has 256-bit AES encryption to keep your data safe and platforms for multiple operating systems, including Amazon Fire TV, Android, iOs, and macOS. You can put IPVanish on up to five devices and it has a zero-logs policy but unfortunately no live customer support, which can be crippling when you’re in a different time zone than.

CyberGhost VPN is based out of Romania and has a whopping 2,700 servers spread across 60 countries, with more on the way every day.

Founded in 2011, it features security features including the ability to block malicious websites, tracking, and ads, zero log keeping, and up to five user profiles.

VyprVPN is based out of Switzerland and uses 256-bit AES encryption. It never keeps logs and uses a zero-knowledge DNS system to wipe away any knowledge of what you’re doing online while using its system.

VyprVPN offers unlimited bandwidth and has an impressive display of servers, more than 700 in more than 70 locations and more than 200,000 IP addresses.