The affordable pricing, a very rich feature set and ease of use make Ivacy VPN one of the best VPN solutions for beginners and intermediates alike.

I discovered during my Ivacy VPN test that it offers a range of features without breaking the bank. While the internet kill switch disables your internet access when you lose connection, AES-256 encryption ensures the safety and security of your data. Ivacy also offers fast speeds, unblocks geo-restricted websites, and is a torrent-friendly provider. The company’s no-log policy, coupled with its prompt customer service contributes even more to its promising services.

As a downside, Apple users will not have access to the kill switch, nor is WireGuard provided to users of the software as a whole. My extensive testing shows that Ivacy VPN is a great match for Windows users, but I am not convinced it’s well suited for Mac users yet. In case you’re looking for a macOS VPN service that has similar features to Ivacy VPN and with similar pricing, CyberGhost is the ideal choice for you.

Overall, it’s a solid VPN that remains interested in improving its offerings. Moreover, its low prices make it possible for users to subscribe to the service easily without much worry. The 30-day and 7-day money-back guarantees (depending on the length of the subscription) are useful to help you decide on the provider.

It’s a pretty good VPN, but there is still a lot that could be done to make it even better. This provider offers very good security and privacy, unblocks the top streaming platforms, provides a 24/7 live chat window, and is quite cheap as well. It is definitely a worthwhile service for its price.

Can I use Ivacy VPN for free?

There are no free services associated with the VPN, however, the company does offer a free one-day trial. In addition, it offers a money-back guarantee, which means you can subscribe to any of its plans without risk.

You tend to sacrifice larger server options, speed, and privacy for completely free services but if you do want to give a free VPN a try, I would recommend choosing one from this list of reliable free VPNs.

Ivacy VPN is not only safe to use, but it also is designed to ensure that your entire online experience is private and secure. The application utilizes military-grade encryption along with leak protection and does not keep any logs of user activity. It is worth noting, however, that its iOS and Mac version lacks a kill switch. 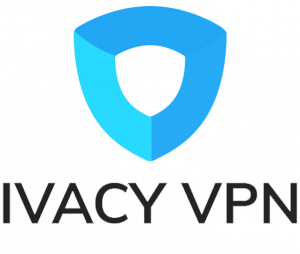