Can You Use a Free VPN to Stream Netflix? (Updated August 2020)

Netflix is the most popular streaming service in the world, with great titles coupled with fair pricing. Although, if there’s something we all hate about the service, it’s how it limits specific content depending on location. While Netflix does this to comply with licensing strategies from content producers, it’s pretty annoying.

However, with the right VPN, you can still circumvent Netflix restrictions and offer you better net neutrality. 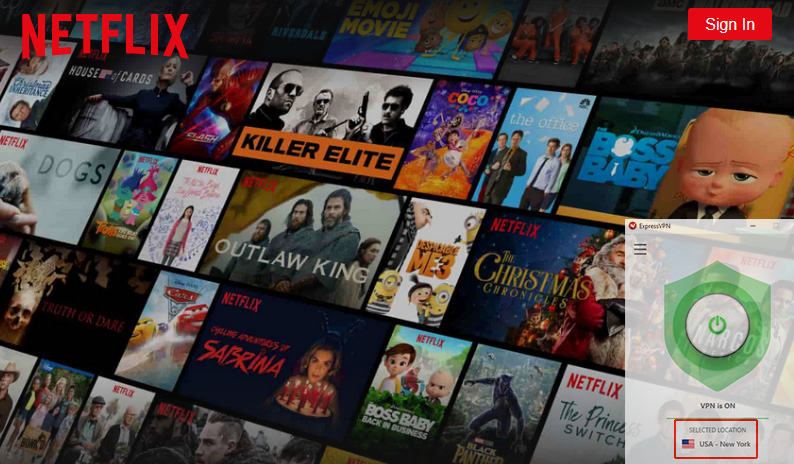 1. NordVPN: #1 for Netflix as it has servers in every Netflix country and its SmartPlay Technology bypasses Netflix regional restrictions.
2. CyberGhost VPN: Optimized servers for streaming Netflix and other platforms like Hulu and BBC iPlayer, but these servers sometimes fill up.
3. SurfShark VPN: Guaranteed access to 8 Netflix Countries (including Netflix US), but has less server locations.

To circumvent geo-restrictions, you have to change your IP address to one provided by your VPN provider. However, in January 2016, Netflix announced that they were banning the use of VPNs on their network.

To stream any Netflix library from where you are, you need to use a premium VPN that has servers optimized for Netflix.

Best VPNs to Use for Netflix

To save you from the headache of testing a bunch of VPNs, we’ve done the legwork for you and drafted a list of the best VPNs for Netflix. Tip: All the VPNs listed offer money-back guarantees to let you try the service risk-free. If you wish to terminate your account within that time, you will get every penny back! 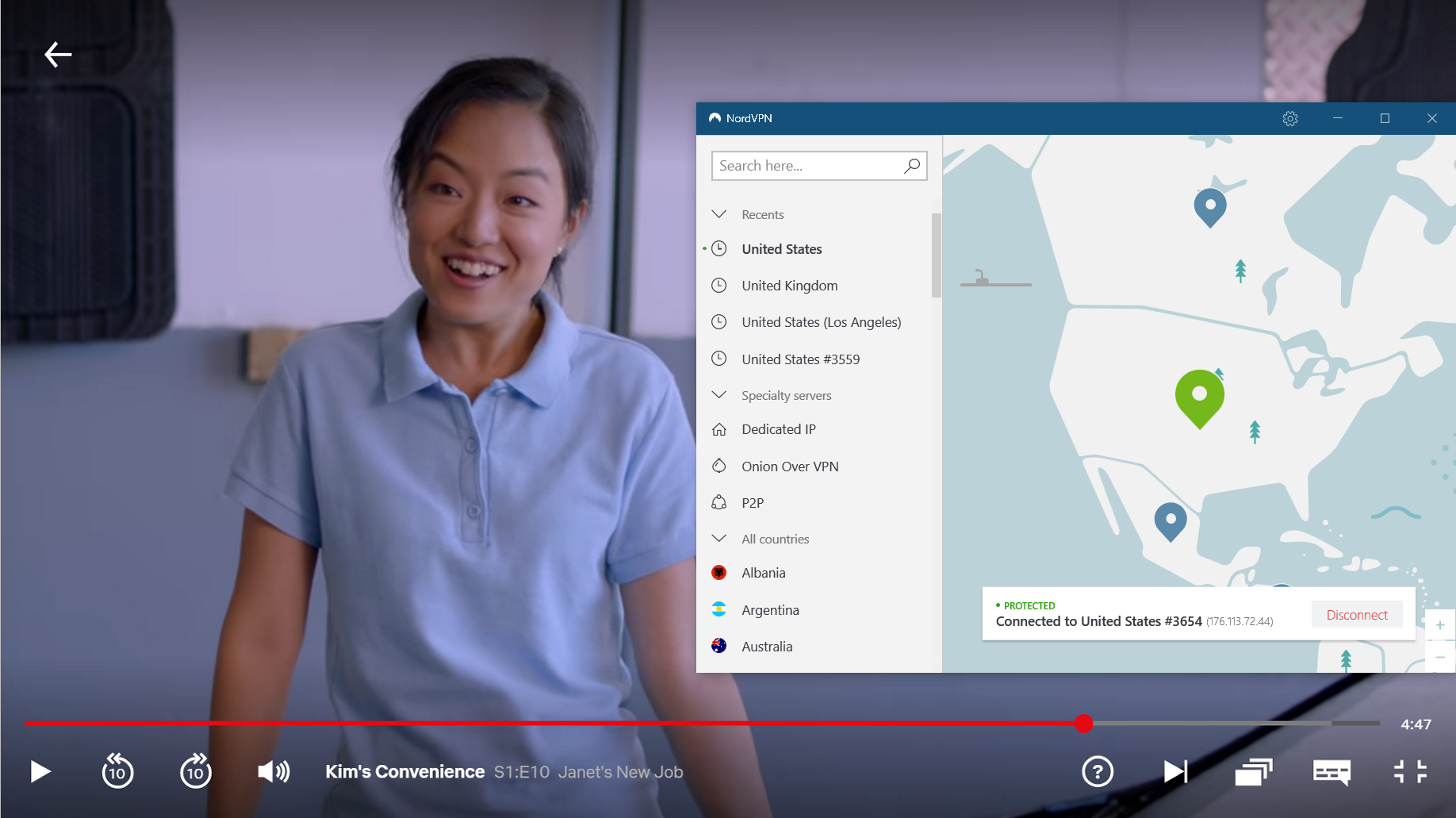 While many other VPNs work with the service, NordVPN takes it a step further, as one of the best VPN for streaming on Netflix. Implemented is a unique feature called SmartPlay, which improves streaming quality when the VPN is connected.

NordVPN provides Netflix servers for Netflix US, UK, Canada, Japan, and The Netherlands, which are the most comprehensive libraries. If you connect to any server outside these countries, you will be automatically redirected to Netflix US. Not an issue since Netflix US has far more titles than any other library. 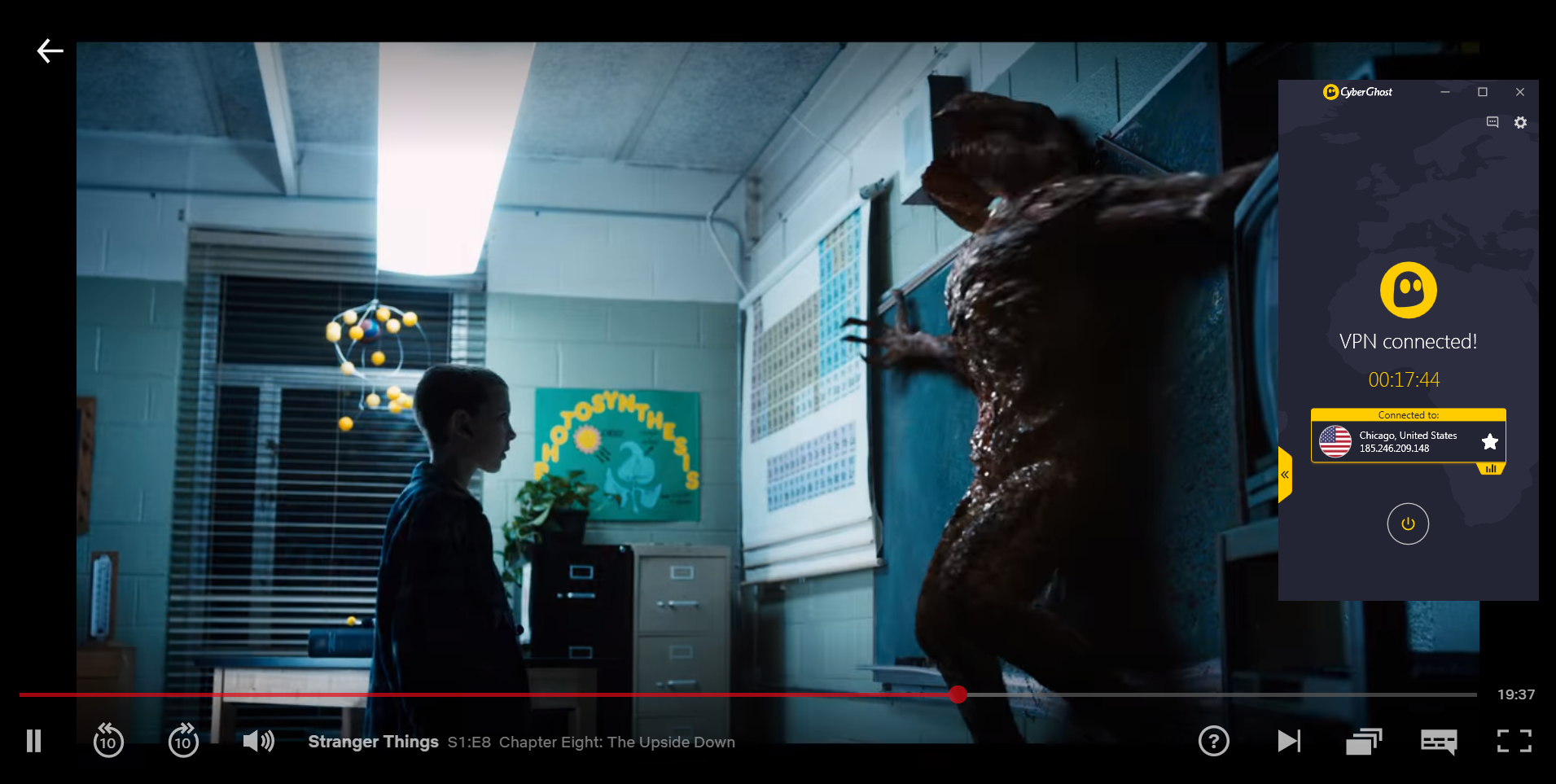 CyberGhost VPN is one of the fastest growing VPNs. It has become an excellent option for Netflix, etc., as the client apps have specific modes for streaming.

Using this, servers are optimized for Netflix, Amazon, iPlayer, SkyGo, Crunchyroll, YouTube Red, and many other services in various countries.

As for Netflix, you can stream Netflix US, UK, Germany, and France.

CyberGhost's Latest Deal August 2020: Get an 18-month subscription for the price of the 12-month plan — which means you get 6 months completely free! Prices start at only $2.75/month. See more information on this offer here. 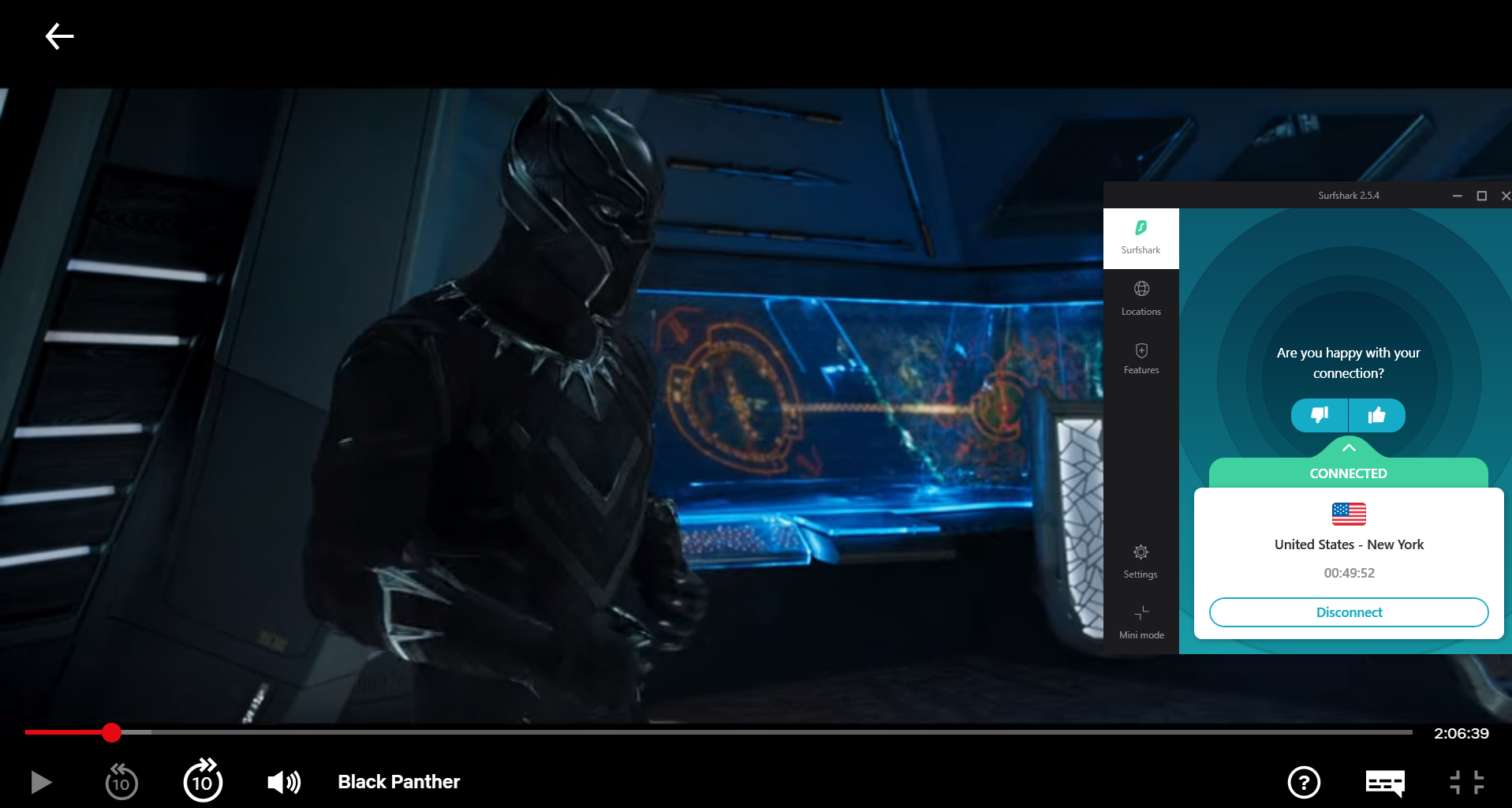 SurfShark is a new entrant in the market, but the VPN is already making waves. It has quickly grown to become quite popular especially among the streaming community.

This is because though it’s new, SurfShark VPN keeps on updating its IP addresses and obfuscation technology to make sure that it always works with Netflix and other streaming services.

SurfShark provides access to Netflix US, UK, France, Netherlands, India, Italy, Japan, and Australia. All the VPN’s servers offer excellent speeds, something that has made a name for the VPN.

With a VPN for Netflix, users can break free from all regional restrictions and improve internet freedom. While Netflix has to implement the limits, most of us find it frustrating not being able to access all the same content as others, when we know it’s available.

For example, to watch The Big Bang Theory on Netflix, you have to be in Germany. However, with CyberGhost, you can connect to their Netflix server in Germany. If you’re French but living abroad, with a VPN you can still stream French content, which is usually unavailable.

Additionally, using a VPN with Netflix allows you to access episodes and movies earlier than you usually can. Most TV show episodes are generally released in the US before they can then be released worldwide.

Free VPNs are not suitable for streaming. They implement limitations to control the use of their service. These VPNs are known for speed caps, bandwidth limits, and limited servers that are mostly overcrowded with users.

Free VPNs cannot promise privacy since most of them keep data logs. Some even sell data to advertising networks and other third-parties. The security protocols are also not as reliable as with paid VPNs, and so you might end up with just a false sense of privacy and security.

Finally, for a VPN to work with Netflix, the IP addresses must constantly refresh, as Netflix always blocks even the newest VPNs. Unfortunately, free VPNs can’t afford to do this, nor do they have the incentive to invest. If by chance you do find one that works, the odds are that within a short time it will be detected and added to the Netflix blacklist.

Generally, if you want access to geo-blocked Netflix content, you’ll have to get a premium VPN. The VPNs listed above all work seamlessly with Netflix, and in case of any trouble, you can always reach them via 24/7 live chat support.