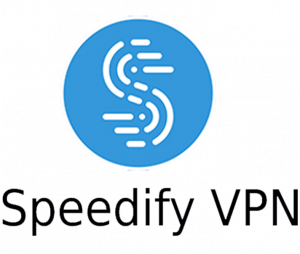 While Speedify is a decent VPN, you can get better quality VPNs at an affordable price. Surfshark, for example, offers premium VPN features for a super low monthly fee — so you don’t have to settle for less.

Speedify is one of the most unique VPN services you’ll come across. The company’s mission is to do things a little differently while offering an innovative VPN that makes speed a priority.
Speedify was developed originally in 2014 in the United States and has quickly amassed a large user base while also continually expanding its server options and locations.
The Speedify approach uses something they’ve dubbed “Channel Bonding,” which lets you use multiple connections at the same time. When connected, you can combine your Wi-Fi, mobile data, and Bluetooth connections to increase your speed. You can also prioritize which connections get the majority of the speed boost. Aside from ensuring higher speeds, Channel Bonding also keeps you connected even if one of your individual connections drops out.
Speedify offers the level of security you’ve come to expect from modern VPNs, but with a few twists. First of all, while you can use 256-bit AES encryption, there’s also the option to use the even more secure ChaCha encryption on compatible devices. As for protocols, Speedify’s Channel Bonding actually functions as the protocol. For your privacy, the company makes it clear that they don’t keep any logs.
Speedify does have some trouble unblocking content on some platforms, such as Netflix. Their pricing is a bit inconsistent and confusing as well.
Overall, Speedify is an interesting service that gives you a full month to try before you buy. We do recommend you try it because the increased speed and high level of security is a very alluring combination.

Speedify has 1,000 servers in 35 countries and 500 IP addresses/locations.

Speedify has put a lot of time into making their app very easy to use, even for VPN virgins. The server menu is very intuitive, giving you a dropdown list of cities and speeds for each country.
Changing your settings is simple. You can choose which connections you want to include, and also set priorities.
Customer support does not include a live chat option, but the website does have an extensive knowledge base. If you are still stuck, you can email their support team and get a response back in just a few hours, which should be good enough for most users.

Still not sure if Speedify is the right VPN for you? Check out our top recommended VPNs to learn more.