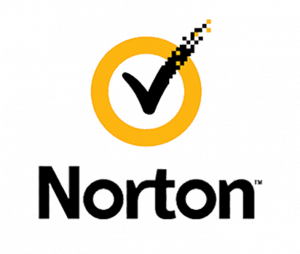 Although its name doesn’t make it clear, Norton Secure VPN is very much a VPN.

However, there is a reason why it labels itself as a WiFi privacy solution instead.

Antivirus giant NortonLifeLock’s (relatively) new VPN looks good, is easy to operate, and makes for a polished, enjoyable experience — as you would expect from a product with such pedigree behind it.

But there are some drawbacks to it — for one, the encryption is unremarkable, to say the least. Sure, AES-256 comes standard on all platforms, coupled with the OpenVPN protocol, but a glaring issue is the rather unsafe RSA-1024 handshake. You’d expect RSA-2048 from a VPN of this caliber.

You can’t readily find this info, either — all you get on Norton Secure VPN’s webpage (yes, there is no dedicated website) is a vague “bank-grade encryption” bullet, which isn’t an ideal explanation of a VPN’s most crucial feature.

To this VPN’s merit, it does come with premium features like DNS leak protection, auto-connect, and a kill switch. You also get close to 60 servers in 28 countries — you won’t find Russia or China on the list, but “exotic” locations like Turkey and South Africa are available.

The server network itself is passable, especially for a new VPN, but users looking for P2P and torrenting support will be in for a disappointment as NortonLifeLock’s policy doesn’t condone these activities.

Speaking of policy, Norton Secure VPN’s stance on logging isn’t exactly privacy-friendly. It does keep sensitive data, including your IP address. The privacy policy isn’t unique to the VPN, either — it’s the same for all Norton products, which leaves plenty of questions for users interested only in the VPN.

There’s also the matter of jurisdiction — US and Latin American users are subjects to US laws, while the rest are under UK jurisdiction. This is hardly appealing for the privacy-conscious crowd, given the invasive legislatures and widespread surveillance in these countries.

In short, Norton Secure VPN has done well to market itself as the name implies. It’s great for basic protection on unsecured wireless networks, but it has a lot of ground to cover if it wants to be as safe, secure, and helpful as the leading VPNs on the market — that is, if it even wants to be that competitive.

Norton Secure VPN runs into some connectivity issues, especially on mobile clients. The good news is that steps have been taken to alleviate this.

As for speeds, there is a noticeable decrease — you’ll still be able to stream in HD without annoying buffering, but there are faster VPNs around.

P2P and torrenting aren’t supported by this VPN.

Norton Secure VPN has servers in 28 countries, with 2 server locations per country as a baseline.

One area where Norton Secure VPN shines is ease of use. It’s obvious a lot of work has gone into making the clients as user-friendly as possible. The consistency is kept across all supported platforms — Windows, MacOS, Android, and iOS.

Features and settings are neatly organized, with the server list just a click away. You also get auto-connect, which is a boon for absent-minded users who frequent unsecured hotspots.

There’s also a kill switch for when your VPN connection drops (it happens from time to time), as well as built-in adblocking and DNS leak protection.

Overall, Norton Secure VPN makes sure to give users a good time, with intuitive clients and a bunch of top-shelf features.

Support for Norton Secure VPN looks good on paper, but suffers from a problem all too common with products that are just one part of a huge list.

There is live 24/7 chat, which is commendable. However, replies take a while and lack any depth — in other words, customer support is rather incompetent when it comes to VPN-related matters.

Expect to receive phone calls with additional details, too — you can choose emails instead, but you’ll have to specify that during a live chat session, as there isn’t a readily available ticket/email system.

Summing up, plenty of solid VPN providers offer dedicated, knowledgeable customer support for their product. NortonLifeLock provides a centralized customer care center, much to the detriment of users interested in their VPN. The limited amount of offline help isn’t ideal, either.

Norton Secure VPN is affordable, offering three different plans with monthly or yearly payment. Number of devices is the only variable — you can choose from 1, 5, or 10 simultaneous connections.

The yearly subscription is heavily upsold, resulting in up to a 40% discount. Users on a budget need not worry, however, as the per-month option is very reasonably priced.

There’s also a 7-day trial for Android purchases via the Google Play Store. You will need to “subscribe”, with the option of cancelling at any time during the one-week period without being charged.

The cherry on top is the 60-day money-back guarantee, giving you ample time to thoroughly test Norton Secure VPN and get refunded.