If you have the technical know-how, OpenVPN could be a fantastic alternative to subscribing to a paid VPN service. OpenVPN is the preferred protocol because it is quite secure, reliable, and compatible with a variety of platforms. It is often recommended by security experts as the best option for all your online activities, thanks to its transparency.

The software is open-source, actively maintained by a developer community, independently audited, and owned by no single entity. Therefore, you don’t have to worry about malicious intentions and can expect speedy resolutions to any issues that may arise.

Unfortunately though, the robustness of the security it provides can result in a slower connection speed. You might experience unusable speeds when attempting to connect to foreign servers, a problem you are unlikely to encounter when using a dedicated VPN service. The use of third-party servers may raise some privacy concerns; however, it is possible to find trustworthy server owners or even set up your own. If you want an incredibly secure internet connection, I recommend using a consumer VPN service that makes use of the OpenVPN protocol, such as ExpressVPN.

If you’re not afraid of networking and overly technical details, OpenVPN is definitely worth it. This is especially true if you’re not afraid of investing some time into the finding/maintenance of a server. On the other hand, if you are new to VPNs, or download speeds are essential to you, I can say that OpenVPN won’t be worth it to you.

Can I use OpenVPN for free?

Yes, OpenVPN is a free service that can be configured manually or using its client software. Although, it is also possible to use a VPN service that comes with OpenVPN pre-installed to avoid the hassle of setting up the client yourself.

You should opt for a paid VPN service with a money-back guarantee over free VPN services. By doing so, you can claim a refund if the company falls short of its promises. These are a few reliable free VPN options you can try if you’re interested in testing out actual free VPNs.

Yes. OpenVPN is considered one of the best VPN protocols out there right now. It has features such as 256-bit OpenSSL encryption process with authentication certificates, SSL/TLS encryption protocols, UDP and TCP information transfer protocols, and an auto-kill and auto-connect switch, making it one of the safest VPNs available.

The protocol was even subjected to two security audits back in 2017 – the first found only very minor security issues that did not threaten user data, and the second found just two bugs that were quickly fixed. 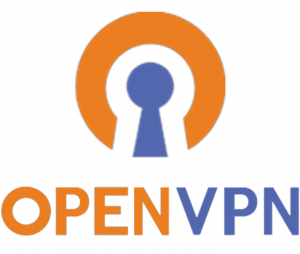