What is NordLynx? Here’s Everything You Need to Know (2022)

When NordVPN announced its NordLynx protocol was “the most significant technological improvement ever introduced”, I was skeptical. This was especially the case when I found out the protocol used WireGuard technology, which is known to store user data on servers and goes against NordVPN’s zero-logging policy.

I researched and tested NordLynx myself and was impressed to find that it really does live up to the hype. It’s lightning-fast, secure, and lightweight. In my speed tests, it outperformed both OpenVPN and IKEv2, two of the most trusted VPN protocols!

I’ve seen a lot of tech blogs recommending sticking with OpenVPN because NordLynx is still quite new — but I found NordLynx actually has many more pros than cons. If you use it with caution as NordVPN suggests, you’ll experience fast, secure connections.

Update September 2022: To determine the fastest VPN, my team and I ran a series of speed tests to find the ultimate winner. Spoiler alert: It’s ExpressVPN. Click here to check out ExpressVPN’s full test results.

NordLynx is a new-generation VPN protocol designed to make connecting to VPN servers faster, improve your connection speeds, and keep your personal data and online activity private. It is available on Windows, macOS, Android, iOS, and Linux devices.

A VPN protocol is a set of rules that are used to negotiate the connection between the VPN client (the NordVPN app on your device) and the VPN server. Well-known ones include OpenVPN, IKEv2, and Wireguard. Different VPN protocols are designed for different functions — OpenVPN, for example, is extremely secure and reliable so it can be used for sending private information without the risk of the connection being hacked.

OpenVPN and IKEv2 are the most popular, well-established protocols and thought of as the most secure options. Meanwhile, NordLynx is built on the WireGuard protocol, which is widely considered the fastest protocol available but does have some security issues to do with user anonymity. NordLynx sidesteps WireGuard’s flaws by combining it with NordVPN’s proprietary state-of-the-art security to get the best of both.

NordLynx rivals the best protocols in terms of speed and is equally fast on desktop applications and mobile devices, while OpenVPN and IKEv2 are better suited to specific devices. For example, IKEv2 is better for mobile users as it can reconnect to a server very quickly, which is ideal if you’re switching between WiFi and data.

How does NordLynx work?

To understand NordLynx, you need to know a little bit about WireGuard. What makes WireGuard impressive is that it’s very lightweight. The entire WireGuard protocol is only 4,000 lines of code, compared to OpenVPN’s 70,000. This boosts its speeds and connectivity times and extends battery life because it requires less energy to run. It also reduces the risk of vulnerabilities that could compromise its integrity — less code means less potential for things to go wrong!

The main security issue with WireGuard is that it gives you a static IP address (the same IP address every time you connect). To do this, it has to store your true IP address on the server. This means your privacy could be compromised on the slim chance that someone is able to hack the server or insert information-stealing malware into it. This is why WireGuard hasn’t been widely implemented yet.

NordVPN has addressed this issue by modifying the WireGuard software by introducing a double NAT (Network Address Translation) system. This method authenticates users through an external secure database instead of sharing users’ true IP addresses with the VPN server. It also gives each user a randomized and new IP address for every session on top of the static IP address.

By adding the double NAT system, NordLynx allows a secure VPN connection to be established without storing any personally identifiable information on any of its servers. If you’re worried about the external database, you don’t need to be — NordVPN’s strict zero-logs policy is guaranteed, as it has been independently audited and confirmed by the renowned auditing service PricewaterhouseCoopers.

While all VPN protocols have positives and negatives, through my testing I found that NordLynx has far more advantages than disadvantages. Its only real con is that it isn’t as road-tested as other older protocols. In my opinion, its pros (superior speed, and the fact that NordVPN has resolved the security issues around WireGuard) far outweigh this.

Pros — Speed and Security at No Additional Cost

Cons — Relatively New So Use Caution When Connected

One of NordVPN’s key claims about NordLynx is that it has lightning-fast speeds. So I wanted to see just how fast NordLynx is in comparison to 2 other widely used VPN protocols — OpenVPN and IKEv2.

Both OpenVPN and IKEv2 are well-established protocols that prioritize speed and security. OpenVPN is generally considered the industry standard and the most secure option, while also being fast. IKEv2 is one of the fastest protocols available, especially for mobile users as it reconnects to servers very quickly.

To see how NordLynx compared, I connected to NordVPN server in 5 different locations with all 3 protocols and ran speed tests. For reference, my average internet speed without using a VPN is 63.80Mbps. NordLynx was the fastest protocol in 3 of the 5 tests I ran and was only marginally slower in the other 2 tests.

What also impressed me about NordLynx was how quickly a connection was established to the VPN server. During my tests, connecting to servers with both OpenVPN and IKEv2 (especially in distant locations like Australia and Japan) took 3-4 seconds, sometimes longer. Meanwhile, NordLynx connected to every server almost instantly — my connection was encrypted and protected immediately.

NordVPN has fast connections no matter which protocol you use — but if you want to cut several precious seconds from your connection time and get instantaneous protection, NordLynx is your best option.

How to Set Up NordLynx (Step-by-Step Guide)

If you’re having trouble getting connected with NordLynx, here are a few steps you can take to get it working again.

Is NordLynx Worth It?

If you’re currently subscribed to NordVPN, you’ll get NordLynx for free when you update the app. There’s no extra charge for the installation and it’s easy to try it yourself to see just how fast its speeds are.

What devices does NordLynx work with?

NordLynx is compatible with Windows, macOS, Android, iOS, and Linux. It isn’t available on NordVPN apps for routers, Smart TVs, games consoles (like PlayStation and Xbox), or Amazon Fire devices.

Will NordLynx slow my connection speed?

Not noticeably — my speed tests showed that NordLynx’s impact on connection speed will be very minimal.

Whenever you connect to a VPN, you risk having your speeds slowed because of the added layer of encryption. However, my tests showed that NordLynx is the VPN protocol that will slow your speeds the least.

Other factors that can influence a speed drop while using a VPN include how close the server is to your physical location, how many users are connected to the same server, and your original internet speed.

Here’s a tip: If your connection is extremely slow while connected to a VPN server using NordLynx, you can try these troubleshooting options:

Why does my WiFi status show “NordLynx — no internet access”?

Some users have also reported a different issue, which is that their internet connection attempts to route through NordLynx (and subsequently can’t connect at all). If this happens, I recommend disconnecting from your router and restarting it. Make sure that your NordVPN app is up-to-date as well.

Can I disable NordLynx?

Yes, you can disable NordLynx from being automatically chosen as your VPN protocol by editing your NordVPN app settings. Here is a quick step-by-step guide to disabling the protocol:

Once you’ve adjusted these settings, NordLynx won’t be activated unless you enable it again in the “VPN Protocol” settings. 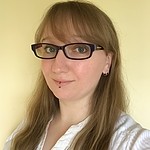 Written By Kate Hawkins
Kate Hawkins is a tech-focused writer and web expert with a keen interest in online security and privacy. She enjoys getting stuck into new technology and researching the latest cybersecurity trends to keep readers informed and safe online.
This Article contains
Latest articles
Share & Support