Ultimately, I cannot recommend Avira’s Phantom VPN. I was eager to get into this VPN, starting only with the knowledge of Avira’s watertight security features and its brand reputation. I even liked the option of the free plan.

However, in addition to unusably slow speeds, Phantom VPN failed to deliver on device compatibility, ease of use, and decent customer service. The company seems to be using its brand to hawk an overpriced underdeveloped product to its customers.

At $6.50-$10.00 per month, Avira’s VPN prices rival even the best VPNs on the market. In fact, for as little as $2.29, you can try CyberGhost — a VPN with excellent speeds, streaming and torrenting optimized servers, and a 45-day money-back guarantee. CyberGhost passed all my security tests, and the company provides around-the-clock support for all of its users through 24/7 live chat.

No. Avira offers the best encryption on the market, but not much else. Phantom VPN delivers consistently low speeds making browsing tricky and streaming and torrenting virtually impossible. The apps are easy to set up and use, but there are no compatible apps for routers, Linux users, smart TVs, or Amazon Fire TV.

More reliable VPNs with better server coverage, speed, and privacy policies cost less than Avira’s Phantom VPN – like CyberGhost. Not only does CyberGhost boast optimized streaming servers and a truly global network of over 7900 servers, the service is also backed by a more generous 45-day money-back guarantee. Best of all, you can get CyberGhost from $2.29.

Can I use Avira Phantom VPN for free?

Yes. Avira offers both a free and paid version of Phantom VPN. Free users are limited to 500MB of data per month which you can double to 1GB/month if you opt to register a free account. With a free account, you won’t have access to your pick of Avira’s servers. Rather, you will only be able to connect to the server closest to you. Avira also offers a 30-day money-back guarantee on all of their subscriptions, but getting a refund may be tricky.

If you’re looking for a genuinely safe VPN, I would look at one with an explicit and transparent privacy policy, like ExpressVPN. You can also test all of ExpressVPNs security features for yourself, and easily claim a refund within 30 days if it fails to meet your needs. 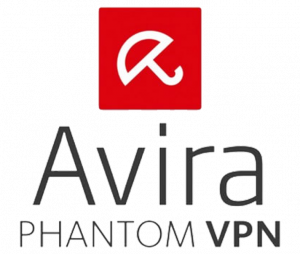