WizCase has recently found an open Elasticsearch database from the Libyan Ministry of Education. The server contained 2GB of data with PIIs, including full names, passport numbers, photos, email addresses, and more from more than 55,000 exchange students from around the world.

The WizCase web security team, led by Avishai Efrat, discovered a 2GB data leak originating from the Libyan Ministry of Education. The server, which is hosted in Germany and uses an Elasticsearch engine, contained personal details for over 55,000 exchange students from around the world.

The Libyan Ministry of Education has a program that assists students in finding suitable exchange programs. It’s these students whose data was compromised in the data leak. 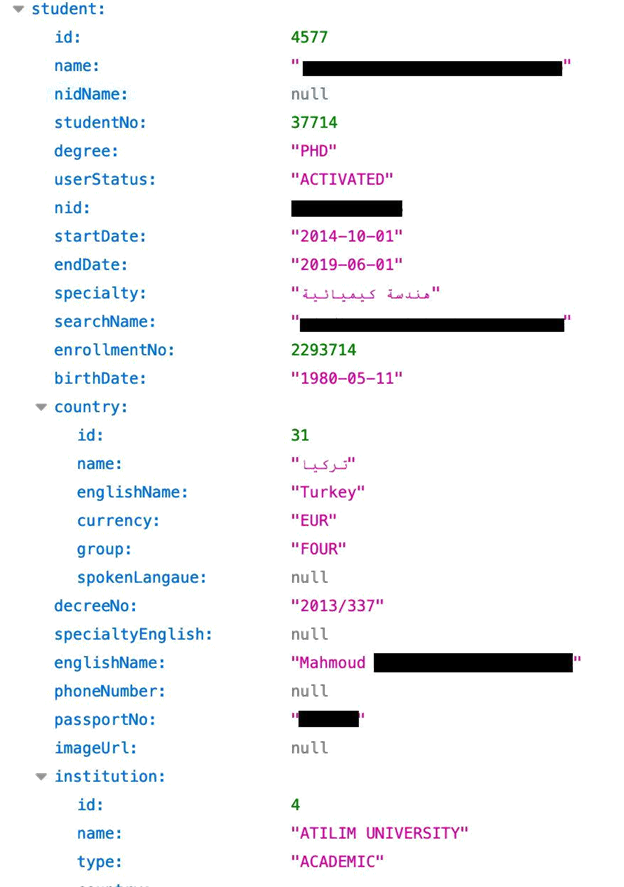 Whose Data is Available and What Are the Consequences of Such a Leak?

The students who took part in this program weren’t necessarily going to university in Libya. The Ministry of Education in Libya supports college and university scholarships around the world. The students that were found in this link are presumably part of this program.

The data that we found is connected with students from all over the world. You can see in the list below some of the major countries that were connected with the leak. Based on the data, the students are either originally from these countries or it’s the location of their transfer.

By not securing their Elasticsearch database the Libyan Ministry of Education has opened the students up potentially severe online attacks, not to mention the complete lack of privacy.

Some of the documents that we found included whether a student was accepted or rejected from the program, Letters in Arabic that contained full PIIs of the students, letters that didn’t include any PIIs but discussed the current status of extending or rejecting a Ph.D., tuition costs, and more.

Students who are in the database are susceptible to a variety of both online and real-life attacks. These include, but are not limited to:

How Did This Happen and What to Do Now?

Servers of this sort should also never be exposed like this, with no IP whitelisting and authentication mechanism – they’re originally built to be kept within internal network perimeters. Furthermore, the logging of cleartext private information such as what was in this leak should be reconsidered.

If you’re a student who participated or is participating in this program you should be on the lookout for emails with suspicious links or phone calls asking for account information or other private details. You should also be vigilant in checking your online accounts for any suspicious or unusual activity.

As a general rule, it’s always recommended to use a reputable antivirus program and a VPN to protect your private data, and keep malware, phishing attacks, and other cyber-attacks from successfully attacking your computer. If you’re not sure a VPN is, or how it can help you, check out this VPN beginner’s guide for more details.

Who is WizCase and Why Should We Trust You

WizCase is a leading web security website that is available in 30 languages and reaches millions of readers per year. We have verified this data by randomly email addresses that we found and matching them up with social media accounts or other public resources. The names and details that we were able to see have all matched up.

Libya’s Ministry of Education didn’t respond to our inquiry, and so we contacted Libya’s Computer Emergency Response Team (CERT) which failed to reply as well. The hosting company was also contacted and answered that it can only update the customer and not mitigate the issue. Finally, we have been in touch with Africa’s CERT which has reported the leak to the Libyan CERT directly, which in turn has contacted Libya’s Ministry of Education. We received an update on December 2nd from AfricaCERT that the leak is closed, and after testing the database we can confirm that it has been secured.