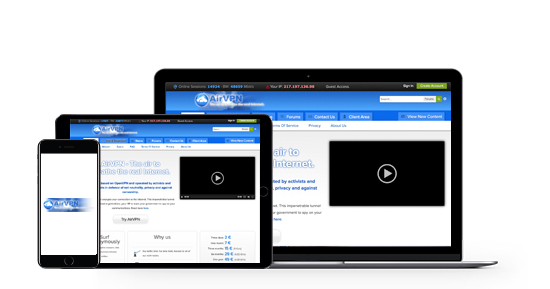 8.5
Good!
Visit PureVPN Website Visit Site
AirVPN and PureVPN live up their respective names in more ways than one, and both of them aim to be well-rounded VPNs without any gimmicks.

The similarities don’t stop there, however, as both of these VPNs use 256-bit encryption. In sticking with its more minimized and compact approach, AirVPN only uses OpenVPN for a protocol, while PureVPN offers that and several others. Functionality and commitment to privacy is what ultimately separates these two More Info

PureVPN and AirVPN don’t have any obvious drawbacks, as they both perform well in all the major aspects. AirVPN does offer some helpful user features, and offers the best overall value, but PureVPN is much more customizable. AirVPN is also very, very strict about protecting privacy, something PureVPN is still working on.

Both of these VPNs are not standouts when it comes to speed. With that said, PureVPN and AirVPN are still fast enough for streaming content without any buffering, handling large downloads with relative ease as well. If you’re looking for something as fast as NordVPN or ExpressVPN however, you won’t get it here.

PureVPN is one of the better VPNs for server choices, providing 140+ countries and 180 locations overall. AirVPN has a ways to go in this area, as they only offer 20 server countries, each with just one location.

PureVPN’s main advantage in this instance is with its customer support. They have live chat available 24/7, an email ticketing system, and a large knowledge base on their site. AirVPN only offers email ticketing and social media responses at the moment, but they do have a very helpful user forum. 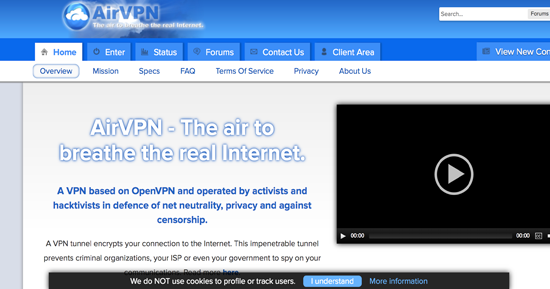 In terms of actually using AirVPN, it’s very effective in bypassing geo-blocks and censorship from different corners of the world including the US, UK and France. Its dedicated clients for Windows and MacOS are user-friendly, and can be easily setup without assistance. If you have several devices, you can easily connect up to five simultaneously with the same AirVPN subscription.

The experience with AirVPN is not entirely rosy. It has no dedicated apps for iOS and Android, and as a result you’ll need to manually configure it using the OpenVPN client — which can be intimidating for non-technical users.

For unblocking, AirVPN is very effective with most streaming services except for Netflix. It’s also proven to be successful when bypassing China’s firewall as well, but you may need to use SSH, SSL, or Tor connection options to do so.
Visit AirVPN Website

While PureVPN may be a well-rounded VPN that does a lot of things well, their ambiguity towards keeping logs is a big disadvantage. AirVPN does a better job unblocking content, has a minimal interface, and better pricing, all while offering decent speeds and just enough server choices to get the job done. We’ll give AirVPN the edge here. More Info
OR 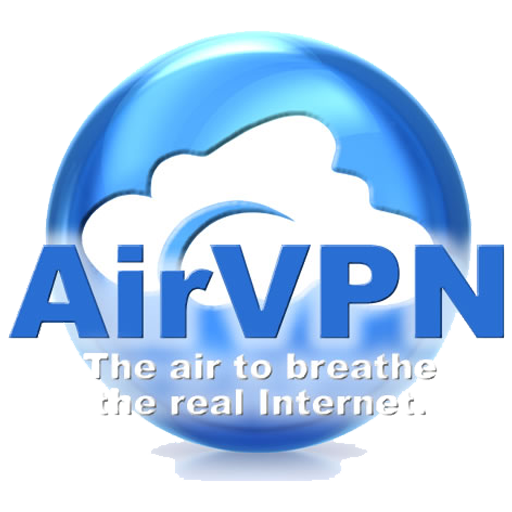