Its use of AES 256-bit encryption and multiple security protocols like WireGuard and OpenVPN makes it ideal for protecting your valuable data. The fact that it can maintain such consistent, quick connection speeds at the same time makes it an attractive VPN even considering the higher price point.

Overall, I was very impressed with StrongVPN’s performance and reliability. It was able to unblock most of the major streaming services that I tested as well as maintain consistent speeds between local and distant server regions. All of these features are backed by a user-friendly application, a stellar support team, and the ability to load this application onto 12 devices at a time.

Yes. StrongVPN is a well-rounded VPN that offers advanced security protocols, reliably fast connection speeds, and a reassuring no-logs policy. I was never worried about data leaks, nor did I experience any interruptions while using the VPN.

Every question I had was answered by this VPN’s extensive FAQ resources or the 24/7 live support team. I found this VPN to be reliable, fast, and secure throughout testing.

Can I use StrongVPN for free?

No. StrongVPN does not offer any sort of free trial period either. It does have a 30-day money-back guarantee, but that is only applicable if you buy an annual plan. There is no such guarantee when purchasing a monthly subscription.

I don’t usually recommend free VPNs due to the lack of features, security, and privacy. However, if you are looking to try a VPN without worrying about getting your money back, these are a few reliable options that you can use to test one out.

Yes, StrongVPN uses industry-standard AES 256-bit encryption and has a clear-cut no-logs policy. This VPN  is very transparent when it comes to how it handles data, which made me confident that my valuable information would not be leaked or shared with third parties or any information-sharing alliances. 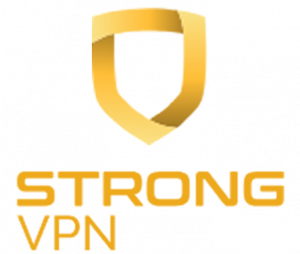