Turkey’s TV8 has come a long way since launching. First just a news channel, it’s grown by leaps and bounds to include entertainment, music, contests, sports, talk, and in 2016 obtained rights to Formula 1 broadcasting. 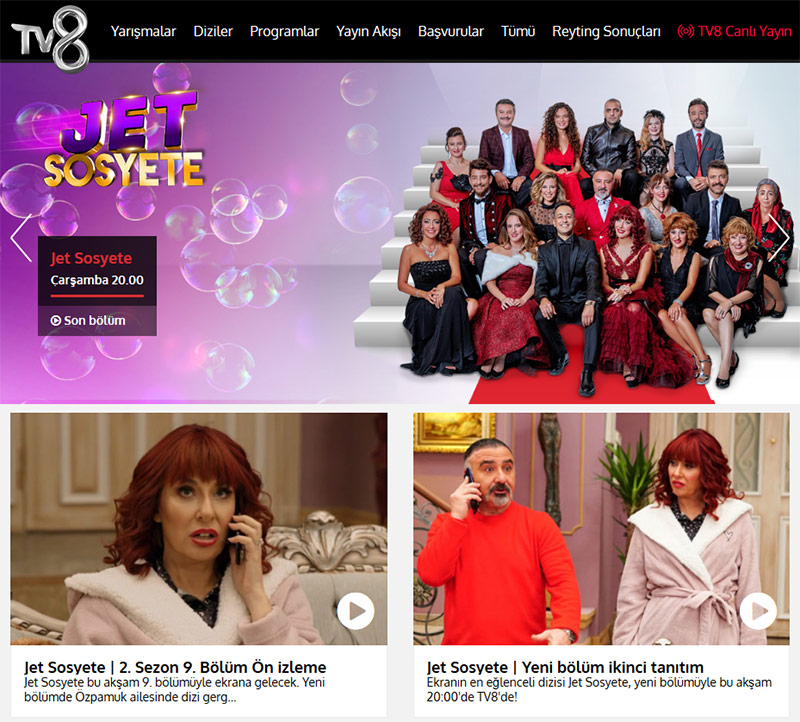 It has a ton of reality TV shows as well including Survivor, The Voice, and Got Talent.

The only problem with TV8’s popularity is that you can’t take it with you, at least not when you leave the country. TV8’s website is geoblocked once you leave Turkey, meaning if you’re living, traveling, or working abroad, you can’t see any of your favorite programs.

Networks do this to protect their own programming. If  anyone in the world can see them for free, there’s not much chance that other networks will pay to broadcast or stream them live.

This article will describe the basics of a VPN, the step-by-step process to using one to view TV8 programming , and discuss a few options for the best choice in the VPN market.

The Basic Facts of VPNs

VPNs can help you safely and securely browse the Internet without having to fear that someone or something will be snooping while you browse and send sensitive data and receive it back. VPNs do this by creating a secure, encrypted connection between your computer and a remote  server located in another jurisdiction, as close as another city or as far away as another country.

All Internet requests and uploading you would normally do online is instead encrypted and passed through the secure tunnel to the remote server. There it is decrypted and assigned a new IP address. The remote server then sends your requests to the Internet. This is the pivotal step for a process like the example above when you want to use a VPN to download blocked content from a site like TV8.

To unblock content, the remote server needs to be located in the same country is the site doing the blocking. That way, when it packages your requests with an IP address, that address will match up with what the security systems expects to see. It will allow the data requests to interact on the site and begins streaming content.

That content will download to the remote server in data packets. The remote server will take those packets encrypt them before sending them to the tunnel and to your computer, where they will be decrypted and made available for viewing.

Step-by-Step Guide to Streaming TV8 with a VPN

CyberGhost VPN is based out of Romania and is growing by leaps and bounds, up to 2,300 VPN servers spread across 60 countries. It has 256-bit encryption and is proven to unblock the likes of Netflix, BBc iPlayer, and Hulu.

It also lets you use one license on as many as seven devices at the same time.

SaferVPN hails from Israel and was founded in 2013. It has more than 760 servers spread cross 35 countries and is proven to be able to unblock any content, even Netflix.

It has a 30-day grace period for refunds which is a big sample size. It has a reactive kill switch, a no-logs policy, and a free 24-hour trial as well.

PrivateVPN is long on security thanks to its 2048-bit and an automatic kill switch, along with built-in leak protection. It can hold u to six simultaneous connections on one licenses and has a 30-day guarantee in place.

It’s a great choice for torrenting features and the only real drawback is the number of servers. At last count it was only a little over 100 spread across 56 countries.