Love Turkey’s Kanal D? Here’s How To Watch It Anytime

Kanal D recently celebrated a pair of fantastic anniversaries – 25 years as a Turkish TV network and 10 years broadcasting in HD. 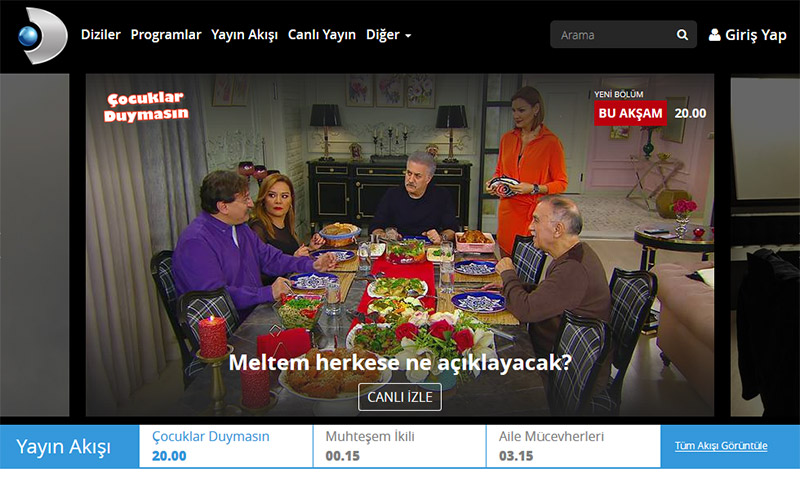 It is famous for some of Turkey’s favorite programs such as Adi Efsane, Evlat Kokusu, and Bodrum Masali, and has previously hosted lots of talk shows, medical programing and entertainment.

The only downside for fans of Kanal D is that once you leave Turkey, you can no longer access its streaming features online.

Even if you’re just leaving Turkey temporarily for school, business, or on a vacation, the content on Kanal D is geo-blocked. That means that only IP addresses located inside of Turkey can access Kanal D’s streaming services.

Fortunately for Turks outside of their home country for some reason, there is a solution. If you use a virtual private network (VPN), you can use a remote proxy to work around the geo block and make it appear you are requesting it from inside the Turkish border.

This blog will show the basics of VPNs, how they are used to stream Kanal D, and what some of the best VPNS there are on the market today.

A VPN represents a secure connection between two computers allowing one to use the other as a proxy. The first computer will form a secure tunnel with the second through which it sends any and all information it wants to receive from the Internet. The second computer, kept at a secure location, decrypts the material and adds a new IP address to it.

After this, it is sent to the Internet to be processed normally. When the information is in the secure tunnel, it cannot spied upon or otherwise identified by a third party such as an Internet service provider (ISP) or a cyber criminal. As the website begin reacting to the requested data, it sends data packets back to the remote server. From there, it is encrypted then passes through the secure tunnel to the user’s computer, where it is decrypted and can be viewed.

For the purpose of unlocking locked content, the key stage in the VPN process is picking the correct remote server. The server has to be located in Turkey to be effective. When it decrypts requests to access Kanal D’s website, it will add an IP address to the requests. If the IP address is not Turkish in nature, the information request will be denied by the Kanal D website.

When the security protocol at Kanal D’s website recognizes the IP address as being Turkish in origin, it will accept it and allow the user to begin browsing and streaming material.

NordVPN is widely thought of as the gold standard in the VPN industry and it just improved again by adding more servers to break the 5,000-mark plateau. The servers are spread across more than 60 countries. NordVPN has great security as well including AES 256-bit encryptions and Double VPN tunneling.

It’s been known to bypass the likes of online censorship in Russia and the Great Firewall of China. It also has a strict no-logs policy and offers a total refund if you aren’t satisfied within the first 30 days of your purchase.

PrivateVPN operates out of Sweden and has great security with a no-logs policy, a kill switch, leak protection, up to 6 simultaneous connections, and a 30-day money back guarantee.

It does not have the most robust number of servers, but it is in 56 different countries. It has great torrenting features and a solid encryption package as well.

It uses 256-bit AES encryption to help safeguard your data.