Craving Dubai TV? Here’s How to Stream it Free From Anywhere

Known across the Middle East for its family-oriented Arabic programming, Dubai TV replaced Emirates Dubai Television in 2004. It is largely available in the Arab world along with parts of Australia, Europe, North America and Asia. 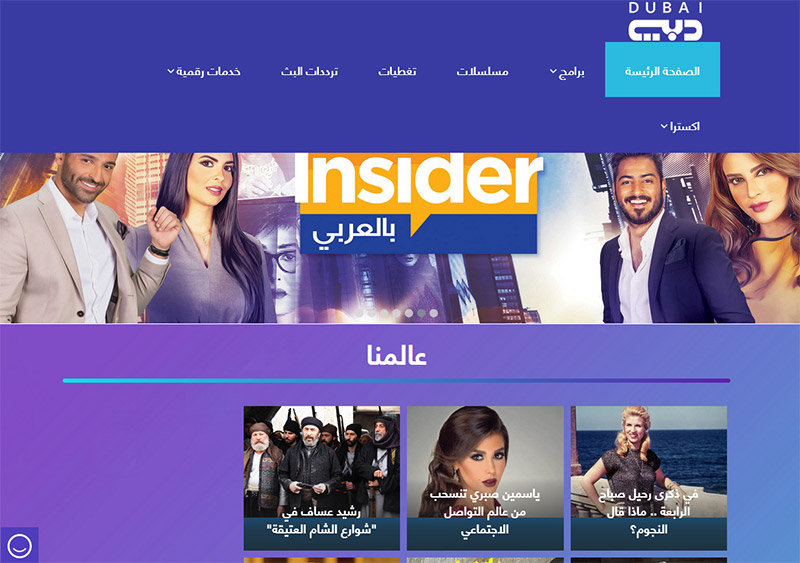 It’s available for free on the Nilesat and Yahsat networks.

Although some international networks include Dubai TV as an option, the only place you can usually see it is while you’re in the Middle East. This becomes a problem for Saudi residents who live abroad, which is a lot of them. Nearly 37% of Saudi Arabians live in another country, mainly Egypt, Kuwait, or the US.

Most Middle Eastern network television websites have their content geo-blocked, which means people outside that country cannot view it. This would become a major headache for Saudis missing their favorite shows like Muhtesem Yuzyil and Madarat, except there’s a great workaround.

By employing a virtual private network (VPN), users can make it appear they are located in Saudi Arabia and use this method to stream shows from Dubai TV anytime they want.

How does a VPN function?

VPNs are traditionally used to add extra security and privacy to users, both individual and corporate, when they are using an untrusted network to connect to the Internet.  A VPN client is downloaded and installed on the Internet-ready device of your choosing. It then can open a encrypted, private network between your computer and a remote server that may be in another city, another state, another country, or on another continent.

The networks acts as a shield that keeps unwanted prying eyes from seeing what you’re doing or where you’re going online. This can mean hackers and cyber-criminals or government watchdog agencies or your own Internet Service Provider (ISP). These entities might be able to see that you are online, but cannot see what you are doing or where you are going. Any information you upload or requests you make online are sent to the remote server where they are then decrypted.

The remote server then assigns a new IP address to your information and sends it on to the website of choice. With a situation like trying to watch Dubai TV, the user would select a remote server in Saudi Arabia to be able to visit Dubai TV’s website and stream its programming. The website would recognize the IP address as originating in Saudi Arabia and approve it for streaming content. The content would download first to the remote server, where it would be encrypted and sent through the secure connection back to the user’s computer.

There it would be decrypted and the user could view the Dubai TV content from anywhere in the world, be it France, Finland, Fiji, or Florida.

What are the step-by-step instructions for using a VPN to watch Dubai TV?

What are the best VPNs for watching Dubai TV outside of Saudi Arabia?

PrivateVPN has a great customer support system and powerful security features. It features a no-logs policy, 2,048-bit encryption, built-in leak protection and an automatic kill switch to make it one of the safest VPNs around.

IPVanish VPN has blown up in the last six years from 30 servers to more than 1,000 stretched across 60 countries. It uses 256-bit AES encryption and a no-logs policy to ensure security is at a maximum.

VyprVPN is based out of Switzerland and features zero-knowledge DNS, 256-bit AES encryption, and a kill switch. It also does not limit bandwidth and is compatible with multiple encryption protocols including OpenVPN, L2TP/IPsec, PPTP, and Chameleon.

It offers more than 200,000 IP addresses on 700 servers stretched across more than 70 countries.