How to Avoid South Korean Spying and Censorship Online

Published by Valentine Milner on September 29, 2018

About 92.4% of the population of South Korea uses the Internet and the country has the fastest average connection speed in the world. In 2010, the United Nations established the information and communication technologies (ICT) index to benchmark how countries perform as information societies, including how well distributed their broadband networks are. Since then, South Korea has ranked first or second each year, and is the only nation to hold the No. 1 rank more than once, doing so in 2010, 2012, 2015, and 2016.

But doing a great job with your technology and giving your citizens complete freedom on the Internet are two different things. South Korea practices one of the most stern Internet censorship policies among first-world countries, largely due its back-and-forth relationship with North Korea.

Searching for certain websites in South Korea is blocked and can get you in legal trouble very quickly.

So what is the history of South Korea’s stringent policy and how does on get around it? Ths deep dive will answer both questions. 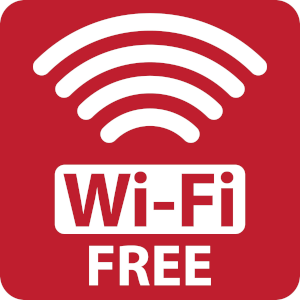 As noted above, South Korea has powerful Internet access with the greatest penetration rate in the world. About 75% of South Korean households have broadband and more than 50% of the world’s public WiFi hubs are in South Korea. Because of the frequency of people to work in South Korea or live there part-time, many customers offer broadband on a month-to-month contract without any binding agreements, up to the latest 5G technology.

All Internet connections must be established using a corporate registration number or a valid Korea ID. The two most popular Internet Service Providers (ISPs) are Korea Telecom (KT) and SK (formerly Hanaro).

Internet censorship in South Korea has existed since the mid-1990s in one form or fashion. Evolving government bodies have been tasked with cleansing” the Internet for South Korea citizens from websites and content that would be seen as morally corrupt or harboring positive viewpoints on North Korea or communism. The general list includes any websites that promote violence, drug use, or pornography, as well as subscription-based services such as music providers Spotify and Pandora.

How bad is the censorship? In 2011, Professor K.S. Park, a committee member for the Internet content regulatory board, saw his own blog censored after he wrote about transparency and freedom of expression there.

More than 60 websites related to North Korea or communism have been banned by South Korea since 2004. Citizens have also been arrested for promoting North Korea and its politics on social media sites.

Getting Past South Korea’s Internet Censorship

Regardless of whether you live in South Korea permanently or are visiting for work or leisure, you are subject to the country’s same policies on Internet censorship. The only foolproof way around this censorship that keeps you safe from prosecution in South Korea is by employing  Virtual Private Network (VPN).

VPNs take the same technology as proxy servers and upgrade it to make it much more secure. This is established by first downloading the client app for a VPN and establishing a connection between your computer and a remote server located in a country outside of South Korea. Depending on what VPN service you use, this remote server might be very close to Korea, or several countries or even a full continent apart. In general, the closer the remote server is to your home computer, the better. The term latency describes the distance a signal has to travel between two computers. The longer the physical distance, the more time the signal will take, meaning the longer the wait time for each page you want to load.

With the server is connected, the information you send to the Internet – the sites you want to visit – is encrypted and sent to the remote server. Once it arrives there, it is decrypted. Your IP address is replaced with one matching the country the remote server is in. The remote server sends your requests on to the Internet under the new IP address. When information is sent back your way, it goes first to the remote server, which encrypts it and sends it through the VPN back to your computer, where it is decrypted for your use. If you’re going to use a VPN in South Korea, you’ll want one with powerful security features to get around South Korea’s censorship.

Three great examples of this level of service are: PrivateVPN, NordVPN, and IPVanish.

IPVanish rules the roost when it comes to servers with more than 1,000 populating 60 countries. It also features unlimited bandwidth meaning you can surf to your heart’s content in South Korea.

Private VPN has an automatic kill switch and 2048-bit encryption to make security a top priority.

NordVPN regularly tops the charts for support and price, and is based in Panama, a country whose government is under no agenda to share information with government agencies.