With all its features, Astrill VPN would have been a worthwhile purchase if the service was operational. Sadly, I was unable to access its servers and evaluate its capabilities, so I cannot say whether it will live up to its promises.

The fact that my efforts yielded no results especially rubs me the wrong way after paying such a high price. I recommend that you avoid investing your time and money trying out this VPN.

When it comes to speed, security, privacy, and functionality, ExpressVPN is an excellent alternative to Astrill. It offers everything one could possibly want in a VPN service at a reasonable price. The service is backed by a 30-day money-back guarantee allowing you to buy with confidence.

No, Astrill VPN doesn’t work. I couldn’t connect to the server to check any of its advertised functions. While the support team was available to answer my questions, none of the suggested solutions worked for me. Due to its lack of functionality, I do not recommend this VPN.

Can I use Astrill VPN for free?

No. Astrill used to offer a free plan but it does not have this option any longer. Unlike most VPNs, it does not have a money-back guarantee period either. Instead, you will have to commit to paying for a one-month subscription to try it out.

I don’t recommend free VPNs because they lack features, present security risks, and compromise privacy. However, if you are looking to test out a VPN without spending any money, these are a few reliable free VPN options.

I am not sure. I could not get Astrill to work and therefore could not test how safe it was. The provider claims to have well-regarded proprietary encryption protocols OpenWeb and StealthVPN. The Openweb protocol is designed for speed and streaming, while StealthVPN provides safe access to open internet in China. Unfortunately, the VPN retains important logs and I was unable to access the servers to check for DNS leaks and IP leaks. 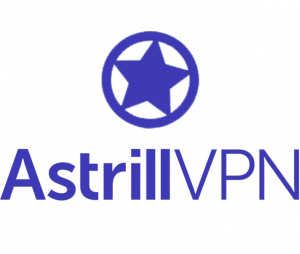