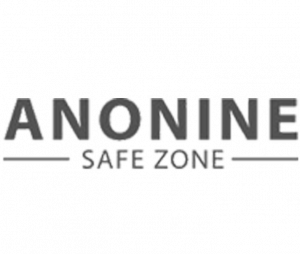 Anonine VPN was founded in Sweden back in 2009 before it was bought by Seychelles based Edelino Commerce Inc. With a strong 2048-bit encryption and support for multiple VPN protocols including OpenVPN/Stunnel, IPSec IKEv2, L2TP/IPSec, and PPTP, Anonine VPN certainly means business in this very competitive market. Whether you’re keen on downloading torrents or streaming Netflix, this VPN not only bypasses geo-blocks with ease but also offers unlimited bandwidth and unrestricted speed.

Anonine VPN also prides itself on keeping no logs whatsoever so you can expect to remain truly anonymous when you use this. Their pricing is also reasonable, although it’s not as low as what some premium VPNs offer.

A major concern with using Anonine VPN is that they only offer a dedicated client for Windows users, leaving iOS, Android, and Mac users to manually integrate the VPN into their devices. Their support could also use some improvement as they mostly allow users contact them via a form on their website. Their live chat option is inconsistent and they are sometimes evasive with their responses but they typically respond to all enquiries within 24 hours.

Anonine VPN has 600 servers in 32 countries.

Anonine VPN’s dedicated client for Windows is pretty is very user-friendly and can be set up within minutes. Users can also easily navigate around the app without assistance. The servers are fairly fast and hardly show any buffering when streaming. The service is also quite reliable when downloading torrents with hardly any effect on the overall speed of servers.

Not having dedicated apps for Mac, iOS and Android is a major letdown for such an amazing VPN. Anonine VPN however attempts to make up for this with some very detailed user guides on how to configure the service on these devices.

Still not sure if Anonine VPN is the right VPN for you? Check out our top recommended VPNs to learn more.