Want to experience Viki? Unblock it with these tips

When an Internet service, gaming system, or popular TV show hits it big, suddenly everyone wants to experience it. That becomes a problem when “it” is limited to just a few countries while millions and billions of other Internet users are trying to force their way into the mix.

That’s generally when virtual private networks (VPNs) get a surge in popularity. Their ability to bypass traditional security geo-blocks and allow anyone from anywhere to be part of the action makes them worth their monthly subscriptions to most users.

Such is the case with Viki – the hybrid of video and wiki that won the Crunchie Award for best international startup company in 2011. Originally just an American venture, it has signed distribution deals with networks in Hong Kong, South Korea, Japan, and Russia in recent years.

The rise of a cool new technology makes lots of new first-time VPN users, most of whom don’t know the slightest thing about the technology. This blog will give a glossary of terms for new VPN users and explore which ones are best suited for unblocking Viki in a host of different countries. 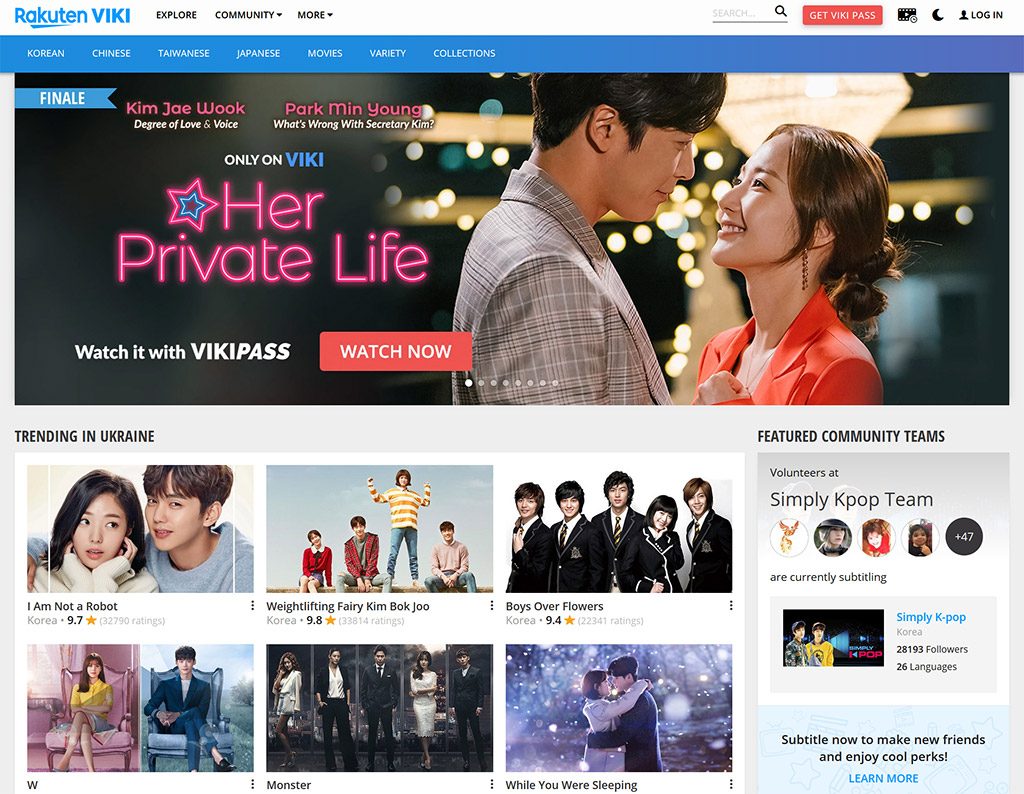 Based in Israel, SaferVPN has lots of powerful privacy feature including a kill switch, a strict no-log policy, and several forms of encryption including the always-popular OpenVPN.

SaferVPN has been confirmed to a great job unblocking hard-to-crack nuts including Netflix, and it has more than 760 servers spread across more than 35 countries.

SaferVPN’s free trial offers unlimited bandwidth, but it last for just 24 hours so make sure you make the most of it.

HMA VPN isn’t just a funny name, it’s a bona-fide top-drawer choice of VPN despite operating in the UK where it has to keep logs for a year.

It has a huge amount of servers – more than 900 across more than 190 countries, and is known for its fast speeds. It supports the best types of encryption – OpenVPN and IPSec, and has fantastic unblocking capabilities round the world.

HMA has a 30-day money-back guarantee in place, but be careful with it, as it is limited to just 10GB of bandwidth, which can go quickly when you’re streaming videos.

Private Internet Access (PIA) VPN is located in the US, which means it has ample resources for US-based IP addresses for local connections.

It has lots of bells and whistles for security, including DNS leak protection, SOCKS5 compatibility, up to five simultaneous connections, and a kill switch.

Private Internet Access also has one of the biggest server collections in the world, more than 3,000 in all.