The 5 Best VPNs To Use In Hong Kong

Planning a trip to Hong Kong? Take advantage of a VPN to bypass restrictions and improve your security.

It’s important to note that those living in Hong Kong are not as restricted as residents in mainland China. The Communist Party, however, has a close watch on all online activities.

In fact, many residents have been arrested in the last few years for sharing views online that advocate for Hong Kong’s independence from China, as well as those who are critical of China’s leadership. 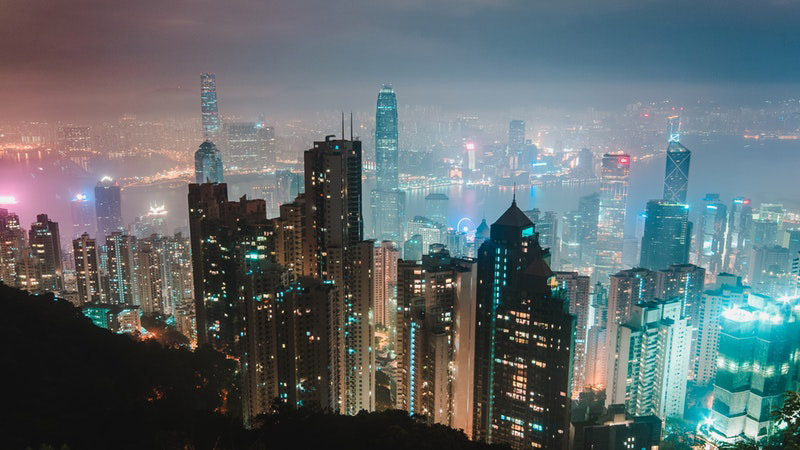 It is for these reasons that we recommend using a VPN when accessing online content in Hong Kong, whether you are a resident or a visitor.

VPNs encrypt all traffic flowing from and to your device by sending it through an intermediary server. This intermediary server helps you maintain anonymity and privacy online while also making it hard for government agencies, cyber criminals, and hackers to spy on you.

You can also use a VPN to unlock blocked content such as Netflix, BeIN Sports, BBC iPlayer, Hulu, and ESPN, just to name a few.

When looking at the best VPN for Hong Kong, we considered the following features:

Here Are Our 5 Top Best VPN Services for Hong Kong

This VPN is often cited as being the best VPN available today, which is why it placed first on our list. ExpressVPN has fast speeds that are combined with military-grade encryption. It is simple to set up and easy enough to figure out, even for newcomers.

ExpressVPN has more than 2,000 servers located in 94 countries. Several of these servers are located in Hong Kong, allowing local residents access to local information and content services if needed.

This VPN does not store any user logs. The only data recorded is the choice of server location, data of the connection, and the amount of bandwidth used. The sites you visited, the IP address, and other private information will not be logged, easing any privacy concerns.

The encryption parameters are strong and hardy, using 256-bit AES-CBC protocols and HMAC authentication as well as perfect forward secrecy. ExpressVPN also provides an Internet kill switch that halts your online traffic if the server’s connection unexpectedly drops. This will ensure your privacy and security is not compromised.

ExpressVPN can easily bypass Netflix’s VPN restrictions. You can also use ExpressVPN with BBC iPlayer and Hulu as well as for P2P torrenting. With ExpressVPN you can use up to 5 simultaneous connections, and they include apps for iOS, Android, and desktop clients for MacOS, Windows, and Linux.

NordVPN is a well-known VPN as it has been around for more than a decade and has built an excellent reputation. They are fast and allow you to have multiple connections at the same time. They will not store your data, which will allow you to browse with ease. Not to mention, NordVPN has an extensive network of servers, over 4,889 to be exact.

NordVPN does not retain any metadata about your browsing habits, choice of servers, or timestamps. NordVPN is based in Panama, where there are no retention laws with regards to data. Their strict privacy policy thwarts all authorities’ attempts to gain user information.

NordVPN has 4,889 servers in more than 60 countries, of which 38 are located in Hong Kong. You can use this VPN to watch Hulu, Netflix, and BBC iPlayer. You can also use this VPN on up to 6 devices at the same time.

All of your online traffic is secured using 256-bit AES encryption which is coupled with DNS leak protection and 2,048-bit SSL keys. This VPN includes apps for iOS, Android, and desktop software for MacOS and Windows.

If you are a VPN beginner, CyberGhost VPN is an excellent option. Not only is it easy to set up, but it’s also fast, inexpensive, and incorporates stringent encryption protocols. CyberGhost is based in Romania, which has no mandatory laws regarding data retention. This VPN also has an apparent and well laid out privacy policy that states that no user data is stored, easing any privacy concerns one may have.

CyberGhost is excellent at unblocking BBC iPlayer and Netflix, and has robust overall encryption standards. CyberGhost uses 256-bit encryption with the OpenVPN protocol as well as SHA256 authentication and 2,048-bit RSA keys. All of these encryption standards are considered the best available. Plus, this VPN has an Internet kill switch for added privacy and security.

With CyberGhost you can use up to 5 devices at the same time. It also includes apps for iOS, Android, and desktop software for MacOS and Windows.

VyprVPN has incorporated some of the best encryption protocols available, making it very popular with online users. They offer a vast server network, high-speed connections, and a free trial. VyprVPN is also one of the few that can bypass the Great Firewall of China, which is very impressive.

VyprVPN uses 256-bit encryption, OpenVPN protocol, SHA256 authentication, and 2,048-bit RSA keys. They also have the Chameleon protocol option that scrambles your metadata so that deep packet inspections cannot recognize it at all. All of their price packages include a kill switch.

VyprVPN owns all of the servers in their network, which means that it is in complete control of all the web traffic that passes through them. This helps protect you against cyberattacks and ensure minimal downtime.

VyprVPN has more than 700 servers in over 70 locations, including a few located in Hong Kong. It unlocks Hulu, BBC iPlayer, and Netflix. You can use it on up to 5 devices simultaneously. VyprVPN includes apps for iOS, Android, and desktop software for MacOS and Windows.

This VPN is another feature-filled service that prioritizes stringent privacy, strong encryption, and very fast connection speeds. It is also a completely log-free VPN, so there is absolutely no retention of any data.

IPVanish VPN uses a secure 256-bit encryption system with a default OpenVPN protocol, DHE-RSA 2,048-bit key exchange as well as perfect forward secrecy, and SHA512 authentication. All of these features add up to ensure your data remains encrypted at all times, even if there is a breach.

You can use up to 10 devices at the same time on one account. The servers are located all around the world with more than 1,000 choices; these include several located in Hong Kong. IPVanish works very well for BBC iPlayer and has apps for iOS, Android, and desktop support for MacOS and Windows.

Throughout this article, we have talked about which VPNs are the best to use while in Hong Kong.

Choosing a VPN service can be a difficult task, especially as each offers different features regarding a number of servers, safety, privacy and price.

The VPNs listed above have been chosen for their advanced features and their ability to provide you with a service that lets you access online content with ease when in Hong Kong.

They are all secure and safe with watertight and clear privacy policies. Plus, they all have large server networks that are super fast and are located all around the world.

You can rest assured that our choices are all secure VPNs and the best ones to use in Hong Kong.