ZoogVPN is a decent service that competes favorably with the big names in the industry. The VPN is fast, unblocks popular streaming sites, features military-grade security, and has a zero-logs policy. The only drawback was the small server network that made connecting to a few servers problematic.

Even though ZoogVPN isn’t popular, the VPN’s attractive pricing and excellent performance make it a good choice for a VPN. I recommend you give the service a try.

Yes. ZoogVPN provides top-grade security, fast speeds, top-notch privacy and allows you to watch your favorite streaming platforms lag-free. However, I had a few issues connecting with some servers on the Windows app. That notwithstanding, ZoogVPN performs excellently for a small VPN.

Can I use ZoogVPN for free?

Yes. ZoogVPN offers a free VPN plan that provides 10GB of monthly bandwidth on servers in the Netherlands, the UK, and the US. This free plan offers limited features such as weaker encryption, limited streaming, and P2P. If you upgrade to the premium plan, you can take advantage of the VPN’s 7-day money-back guarantee and claim a refund if you aren’t satisfied with the service.

Yes, ZoogVPN keeps your data secure with its military-grade encryption. I was pleased that ZoogVPN didn’t expose my actual IP address during my tests. The VPN is incorporated in a privacy-friendly jurisdiction, so it doesn’t compel VPN providers to hand over your data to the government. 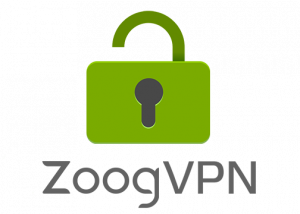