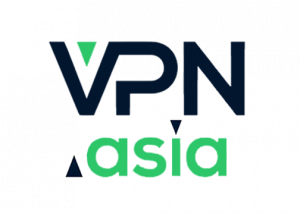 Despite what the name may imply, VPN.Asia isn’t for Asia only. Its presence is very much global, with plenty of servers in over 30 countries.

You also get P2P functionality and relatively fast speeds, making high-bandwidth activities a non-issue. Tough nuts like BBC iPlayer and Netflix can also be cracked, but it may take a bit of server-switching before you connect successfully.

One feature that makes VPN.Asia stand out (and one that is oddly omitted on its website) is the “Full Protection” mode — it offers extra protection on your LAN by blocking local devices, complete with a whitelist for those you wish to keep connected.

Other than that, the favorable headquarters (Belize) and strict logging policy ensure you’ll remain anonymous as far as eavesdroppers or the VPN itself are concerned. Encryption is solid as well.

For all of its benefits, however, VPN.Asia suffers from poor presentation skills and questionable (according to some users) live chat support.

To elaborate, the website has its fair share of typos, but more importantly, it gives different info on the same features. Case in point — on its homepage the VPN advertises servers in 30 countries; then, it cuts down to 19 in the “Server Location” page, followed by a list of… 16 countries. Color us confused.

Overall, we loved the actual service, but disliked the inconsistency. Does VPN.Asia have potential? Yes. Is it the one for you? See for yourself, risk-free with the 7-day money-back guarantee!

VPN.Asia has 40 servers in 16 locations.

VPN.Asia comes with apps for your usual suspects — Windows, MacOS, Android, and iOS. For Linux, Chromebook, routers, and streaming/gaming consoles, you’ll have to settle for a manual configuration.

The native clients are all passable, although a little unpolished. What’s important is they get the job done — don’t expect stylish execution, though.

One thing you need to be aware of is that you can connect up to 4 devices with a single VPN.Asia subscription — however, those are limited to one per type. In other words, you can use the VPN on your computer and smartphone simultaneously, but not on two computers.

We also took a closer look at VPN.Asia’s live chat due to numerous reports from users. In our experience, we were able to make decent use of it, but the response times left us feeling like we had sent an email instead of an instant message. Your mileage may vary.