Shadowsocks Review 2020 - DON'T BUY IT BEFORE YOU READ THIS 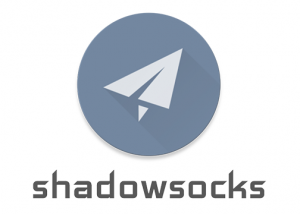 While Shadowsocks is a decent VPN, you can get better quality VPNs at an affordable price. Surfshark, for example, offers premium VPN features for a super low monthly fee — so you don’t have to settle for less.

Shadowsocks is not a traditional VPN, but rather an open source SOCKS5-based proxy project. This means that it does not give you the typical VPN experience by encrypting your data and traffic with a spoofed IP. Instead, it uses HTTPS to effectively disguise your traffic, thereby allowing you to work around geo-restrictions and censored content.
Shadowsocks was created by a Chinese programmer working under the name ‘clowwindy’, who developed Shadowsocks as an answer to China’s crackdown on VPNs. While the proxy he developed didn’t encrypt traffic, it did fool Chinese servers as to where the IP location was, thus providing an undetectable way of working around content blocks that were put in place by the government.
Because of its SOCKS5 proxies, Shadowsocks cannot route all your traffic through a server. However, in contrast to traditional SSH SOCKS5 proxies, it achieves faster speeds by being compatible with multiple TCP connections.
Certain VPNs make it easy to integrate Shadowsocks with their services, thus giving your more options overall, and more ways to bypass geo-restrictions (even in China).
Although the original developer quit working on Shadowsocks in 2015 due to government pressure, a team of developers still maintains it and has made it even better today than it was when it was first developed. If you’re comfortable using SOCKS5 proxies, and you’d like a VPN alternative that doesn’t need encryption, then Shadowsocks is certainly worth considering.

Shadowsocks is easy to use and is self-explanatory. Novice users may want to do some research into using SOCKS5 proxies, but other than that, it’s user-friendly.
Since Shadowsocks is a free “open source” program, it doesn’t come with customer support in the traditional sense. With that said, there is a continuously updated user support forum on the site, so if you have a question or need some advice with troubleshooting, the users there will be happy to help.

Still not sure if Shadowsocks is the right VPN for you? Check out our top recommended VPNs to learn more.