Like most free VPNs, Opera VPN is tempting — but it has too many problems for me to recommend it.

Opera VPN has some attractive features, like unlimited data usage, military-grade encryption for your browser, the ability to access some streaming sites, and decent speeds.

However, remember that Opera VPN doesn’t function like most VPNs — it only secures your browser, but leaves the rest of your apps exposed to prying eyes and cybercrime. It doesn’t use a tunnelling protocol, has no kill switch, and there’s no meaningful support for you if you ever get stuck. You also can’t rely on Opera VPN to keep you safe while torrenting.

And while you can use Opera VPN to stream Netflix, you may not be able to access your country’s library because Opera VPN only has 3 server locations without country-specific data.

What’s worse, to support its “free” business model, Opera collects your data for advertising and shares it with partners like Facebook and Google. This means you “pay” for Opera VPN by letting the browser monetize you through data collection.

That’s why I still recommend a paid provider like CyberGhost. It’s super-fast, so you can use it for high-bandwidth activities like streaming and torrenting, and its huge network gives you access to a global selection of servers. Best of all, you can try CyberGhost with zero risk to stay safe online and just get a refund if you don’t think it’s a good value.

Is Opera VPN any good?

Opera VPN is a good choice if you’re looking for simple, free browser protection, but not ideal if you need a VPN for privacy, security, torrenting, or streaming. It only protects your web browsing activity (not your entire device) and collects anonymous data for advertising. Its lack of features and streaming capabilities makes it useless for most online activities. If you’re looking for a good balance between speed, privacy, security, and access to streaming sites, I recommend you try ExpressVPN instead. Its policies and facilities were audited by an independent third party, confirming it really records zero data and keeps you anonymous online. ExpressVPN also provides consistently high speeds on all its servers and works with most popular streaming sites. If you’re not sure that it’s worth the money, you can try ExpressVPN yourself and test all its features risk-free for 30 days, as it offers a money-back guarantee.

Can I get Opera VPN for free?

Yes, Opera VPN is free to use. However, you get what you pay for — it has slow speeds, limited servers, no extra features, and might not keep your data safe or private. Some free VPNs are pretty good, but they’re only usable for basic email and web browsing. Since they have limited features, few servers, slow speeds, annoying ads, and other restrictions, the majority of them aren’t worth it (and some can expose you to scams or malware).

Opera VPN lacks security basics like a kill switch, tunneling protocols, and perfect forward secrecy, so it may not keep you safe and private when you use the web. It also cannot secure your entire internet connection and all your apps. What’s more, Opera has an ambiguous privacy policy that says the browser may track some of your data. This defeats the purpose of a VPN and puts your online privacy at risk, especially since it isn’t clear with whom the data will be shared. Because of Opera’s complex corporate structure, it’s unclear what country’s jurisdiction governs its privacy practices.

To stay safe online, you need a VPN that takes privacy seriously. For a trustworthy zero-logs provider that doesn’t track you in any way, I recommend CyberGhost. In addition to robust security and privacy features, it’s also way faster than Opera VPN and protects all your devices (not just your web browser). You can try CyberGhost’s NoSpy servers commitment-free for 45 days, so there’s no risk of comparing it to Opera VPN and seeing which you like best.

Try Opera VPN for yourself 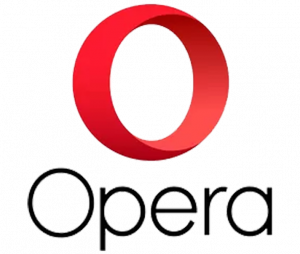