Love Your Show TV programs? Stream them All for Free with this Tip

Since its start in Turkey in 1992, Show TV has been a bright spot on the national stage, bringing tons of international hits to the Turkish stage, including: Seinfeld, In the Heat of the Night, T.J. Hooker, Roseanne, The Fresh Prince of Bel-air, Fme, Dallas, and more. 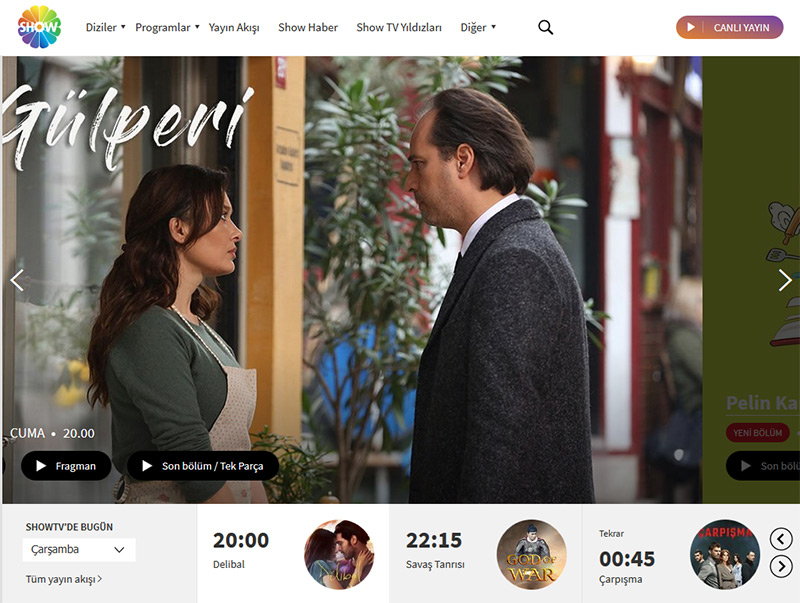 Experiencing these shows in their own language has made the world both bigger and smaller for many Turks. It also hosts the Turkish versions of several popular American reality shows including Who Wants to be a Millionaire, SO You Think You Can Dance, and The Voice.

Show TV is without a doubt one of the best entertainment channels in all of Turkey, but if you live, work, or travel outside of the country, you won’t be able to see your favorite shows at all. That’s because Show TV’s website is geo blocked, meaning that its security only allows IP addresses registered in Turkey to access the streaming content on the network’s website.

This is done to allow the network to sell rights to those shows to networks in other countries rather than just have them free for anyone to view anyone in the world. This wipes out the rights of Turks outside their home country, but fortunately where is a logical, low-cost, risk-free solution.

This article will break down the basics of what a VPN is, discuss how to use one to stream Show TV materials, and take a closer look at the best VPNs for a job like this.

A VPN’s primary purpose is to provide individual and corporate users to interact with the Internet in a secure, private environment. This is achieved by using a remote server as a proxy to connect to the Internet. The VPN takes security a good deal past the use of a proxy, however.

It uses high-level encryption to create a secure “tunnel” between the home computer and the remote server. Every request for viewing web sites that the user types into his browser are first encrypted and sent through the “tunnel” to the remote server. The server decrypts the information and attaches a new IP address to it before sending it on to the actual websites requested.

As the user begins viewing pages, downloading files, and viewing images and videos, those data packets are sent first to the remote server, then make their way to the user’s computer via the secure “tunnel.” The VPN client on the user’s side decrypts the information, at which point it is viewable by the user, regardless of where they are located.

The key to using a VPN to watch Show TV is that the remote server must be located in Turkey. That way, when the remote server sends information to the website, it is accompanied by an Turkish IP address, allowing it to get past the site’s security.

How to watch Show TV via a VPN

Private Internet Access (PIA) VPN is based in the United States, but don’t let that fool you. IT is a great product across the board starting with security where it boasts a kill switch, DNS leak protection, top-level encryption and SOCKS5 compatibility.

It also has more than 3,000 servers at its disposable, making for great speeds at low prices.

Users rave about the amazing speeds of ExpressVPN, even as they grumble about its high prices. With fast servers in more than 94 countries, it also contributes unlimited bandwidth and server switches as well as 24/7 customer support with round-the-clock Live Chat options.

It offers unlimited bandwidth and 256-bit AES encryption to keep your data safe.