Watch Zak Storm Outside Indonesia with a VPN Solution 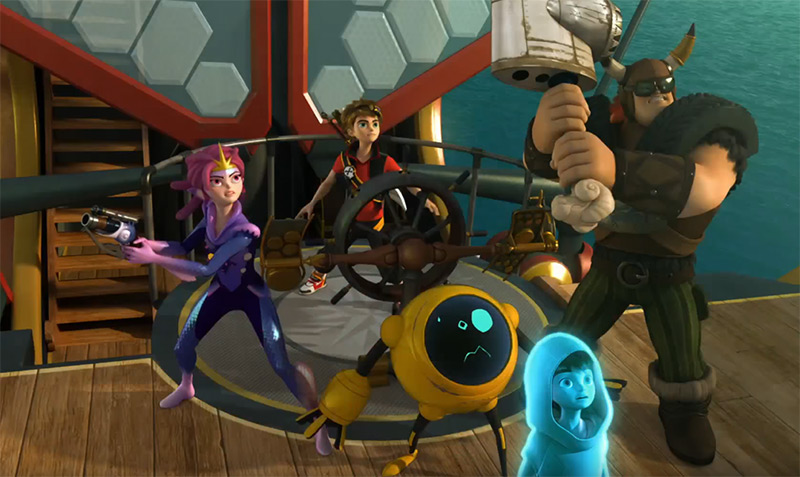 It airs on RCTI in Indonesia along with several other networks across the world, including Spain, France, Italy, Flanders, Netherlands, Portugal, UK, US, Canada, Ukraine, New Zealand, Singapore, and the Middle East.

But for the more than 8 million Indonesians living abroad, it’s impossible to find Zak Storm in their native tongue on any of those channels, save one: Indonesia’s RCTI.

Zak Storm tells the tale of a teenager who winds up in the Bermuda Triangle on a pirate ship manned by a talking sword. The titular character realizes his father’s necklace is a magic gem that gives him special powers. His mission is to unite the Seven Seas with his crew of misfits in order to return home.

For kids and young people who want to watch Zak Storm in their native language while living or traveling outside of Indonesia, there is one great solution: using a virtual private network (VPN).

VPNs are safe, low cost, and 100% legal to use to watch episodes of Zak Storm.

VPNs allows individuals to access the Internet through a remote server that affords them extra layers of security and privacy. All Internet traffic is routed through a secure, heavily-encrypted network that keeps it anonymous from third-party prying eyes like Internet Service Providers (ISPs), government watchdogs, and hackers and other cybercriminals.

When a VPN is active, anyone trying to spy on your Internet movements would be able to tell you were connected, but not see what you were looking at or what information you were uploading or downloading. For the purposes of watching Zak Storm in Indonesian, the remote server located outside of your jurisdiction would have to be in Indonesia. Why?

Consider that you would make your requests to visit the RCTI website through the encrypted tunnel, meaning the request would be decrypted by the remote computer located in Indonesia. Since RCTI only allows computers bearing Indonesian IP addresses to stream online programming, you would need one to access it. The remote server in Indonesia will attach a new IP address to your data requests before it sends them to the RCTI website. RCTI’s website security will see the IP address and let you stream episodes of Zak Storm.

Those episodes will first download to your remote server, which will encrypt them and send them through the secure tunnel back to your computer. There they will be decrypted and you can watch them anytime, regardless of if you are in Houston, Halifax, Holland, or Havana.

What are the best VPNs for streaming Zak Storm?

NordVPN is ranked high among VPNs for its all-around performance. It has more than 4,400 servers spread across 60 countries and allows you to sync six devices to just one license.

Its security platform includes AES 256-bit encryptions and Double VPN tunnelling, along with a kill switch and a strict no-logs policy. Based in Panama, it is celebrating 10 years in the business.

VyprVPN often gets a raw deal because it keeps logs, but its security is second to none thanks to 256-bit AES encryption. The logs it keeps are not of your online activity, however; its zero-knowledge DNS sees to that.

It uses 256-bit AES encryption to keep your data safe and has unlimited bandwidth for both data packages and P2P traffic.