Addicted to NOS? Here’s How to Watch It Outside The Netherlands

The Nederlandse Omroep Stichting (NOS) Dutch Broadcast Foundation got its start in 1969 and has been going strong ever since, providing journalism and sports to its audiences for nearly 50 years. 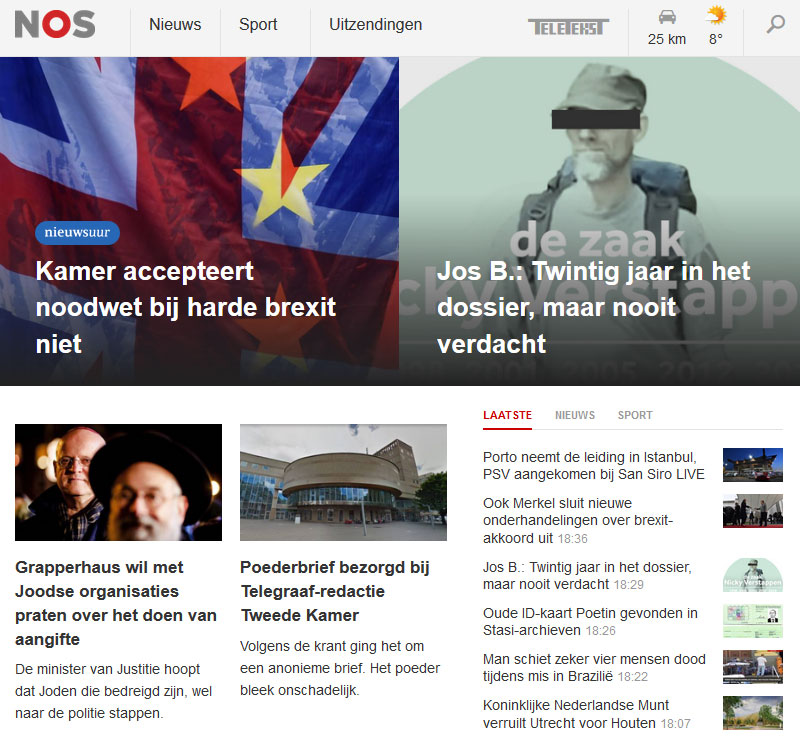 It is a definitive news leader, with a special studio located in The Hague and another in Washington D.C.

More than 1.2 million Dutch live abroad either for work or for the thrill of it all. But a downside of this grand adventure is the fact that NOS uses geo-blocking technology to keep its streaming programs exclusive only to residents of The Netherlands.

This means that even if you are a citizen of the country, once you leave its borders you cannot access this streaming content. Attempting to do so will an error message reading “This video content cannot be played.”

Fortunately, there is a low-cost, safe workaround for the geo-blocking called using a virtual private network (VPN).

This blog will cover how VPNs work, how you can use them to watch NOS programming, and what the best VPNs are to use for streaming NOS content.

The technology behind the VPN

VPNs are tools capable of connecting two computers through an encrypted network. This allows the user the opportunity to securely browse the Internet without the concern of third parties such as hackers, cybercriminals, agency watchdogs, or their own Internet Service Providers (ISP) being able to spy on their activities or potentially steal sensitive information.

Once it is decrypted, the programming can be watched anytime, regardless of where you are located.

How to watch NOS programming with a VPN

What are the best VPNs for streaming NOS programs?

NordVPN has established itself as one of the best in the business over the past few years, Based in Panama, it has reached a full decade of experience and now wields more than 4,400 servers set across 60 countries. Thanks to that robust network, its speeds have increased and its customer service is second to none.

Add in fantastic features like AES 256-bit encryptions and Double VPN tunneling and it’s easy to see why NordVPN gets rave reviews around the globe.

Private Internet Access (PIA) VPN is a very reliable VPN with solid features across the board. Located in the United States, it does not keep logs and employs a kill switch to keep you safe in case the VPN connection ever slips. The VPN allows users to connect up to five devices per license and has a 7-day free-trial period if you decide it’s not for you.

Private Internet Access has expanded to one of the largest network of servers in the world, more than 3,000, although they are only spread across 25 countries, so make sure The Netherlands is one of them before you invest your money.

PrivateVPN is heralded for its outstanding support and security. It employs 2048-bit encryption, a kill switch and built-in leak protection as safeguards for your data and connection.