Free Walid Fitaihi? Unlock his WaMahyaya 4 Series with this Hack

There are few more fascinating moral cases than that of Dr. Walid Fitaihi, a dual citizen of the US and Saudi Arabia, who has been imprisoned in Saudi Arabia for more than a year without trial after a roundup on claims of corruption was made by Saudi forces supporting Crown Prince Mohammed bin Salman.

What exactly has Fitaihi done wrong? That remains the burning question in the minds of many after the Harvard-trained doctor was arrested alongside many well-known scholars, political activists, clerics, princes, and businessmen. After being held for three months under house arrest at the Ritz-Carlton, Fitaihi was transferred to a maximum security prison in February 2018. Many of the other men arrested at the same time as Fitaihi are said to have bought their freedom by transferring large amounts of money to the government. 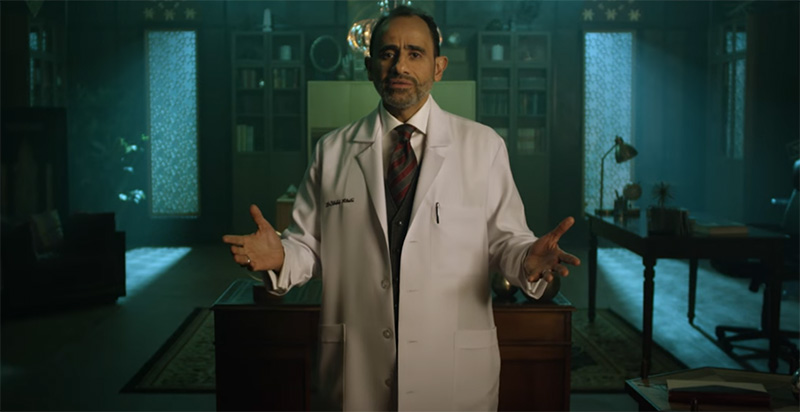 Fitaihi is popular for his television show “Mahyay” and specials like “WaMahyaya 4” which speak of being in control of your body, mind, and spirit. His popularity – some 2 million Twitter followers – and the controversial nature of his programming and beliefs, clearly make him a target for traditional power in Saudi Arabia.

A rich man in a country of rich men, Fitaihi is also CEO of the International Medical Centre in Jeddah and his family has several businesses dealing in precious metals. His arrest and the ongoing drama surrounding it have sparked international interest in his television work.

But because of geo-blocking and censorship put in place the Saudi government, programs like “WaMahyaya 4” cannot be accessed outside Saudi Arabia.

The best and safest way around these obstacles if to get a VPN for your computer.

A virtual private network (VPN) allows you to access online content only available if you live in Saudi Arabia. It forms a encrypted network between your computer and a remote server in Saudi Arabia, then uses a Saudi IP address to send data to and from the Internet.

Because your page requests are coming from a Saudi IP address, they are accepted and you can stream and download content that typically would be off-limits to people in countries outside Saudi Arabia.

Most manufacturers offer a free VPN download for Windows, Mac, and other platforms to allow users to take them for a “test drive” before committing money to a paid subscription.

What are the best VPNs for watching “WaMahyaya 4”?

SaferVPN’s reviews praise its speed and user experience thanks to a lot of features that can help you achieve any purpose you might have in working with a VPN.

For starters, it is based in Israel which has strict privacy laws that actually aid a company like SaferVPN. The company does not store the logs of where you went on the Internet while using the VPN, nor does it store the IP addresses that it uses to connect your computer to a website.

It also has an automatic kill switch, which is important when streaming files from Saudi Arabia where punishment for illegal viewing or possession of some materials has stiff repercussions. The kill switch will shut down your real Internet connection automatically if the VPN should cease functioning.

IPVanish VPN is another firm that prides itself on the user experience, but does it at a reasonable price. When it comes to censorship, IPVanish cannot handle the Great Firewall of China, but does well with less potent countries including Saudi Arabia.

Some question IPVanish’s privacy because it is based in the United States, but the company has a strict no-logs policy and a well-rounded platform support base including: Kodi, Amazon Fire TV, Linux, Android, iOS, and macOS.

It also boasts more than 1,000 servers spread across more than 60 countries, as well as 256-bit AES encryption.

CyberGhost VPN is a newer player on the market – established in 2011 – but is drawing customers with a lot of features along with great deals, such as its current one offering 77% off a yearly subscription.

It is based in Romania,which is not a part of any intelligence-sharing alliances, which means your data will be destroyed the minute you log off your VPN connection. CyberGhost has more than 3,000 VPN servers spread across 60 countries and includes 256-bit encryption to keep everything locked down tight.

It allows up to seven connections on one license, one of the highest numbers in the major markets, and offers its users an extra layer of protection whenever they use public Wifi networks to do their web browsing.