The two sweetest words in a host of different languages in 2018 were “portability regulation.”

That was the subject of a new EU regulation that said if you were a resident of an EU country but traveling, living, or working in another EU country you could still get your homeland’s streaming services like Netflix and Amazon Prime while you were out of the country.

It was a huge win for people who spend time away from home and want the comfort of their favorite shows while they are away.

Unfortunately, this regulation did nothing for those who simply enjoy TV shows from other lands. If you love the BBC but live in Greece or have a passion for German soap operas while living in The Netherlands, you’re still out of luck when it comes to viewing your favorite programming.

Why can’t I watch my favorite shows from other countries?

The short, brutal answer is money. TV networks don’t make any money when someone in another country watches their programming for free. The companies that advertise on television are in their own country where people can buy their products and services.

To keep people from other countries from watching shows online through a streaming service, networks use a process called geo-blocking.

This reads the IP address of every device trying to access the site. If your IP address is not of German origin, you are blocked from the streaming component of the site.

There are several other options online that can help you watch Germany programming when you aren’t in Germany. One is FreeInterTV which shows live TV from nations all around the world using Flash Player. 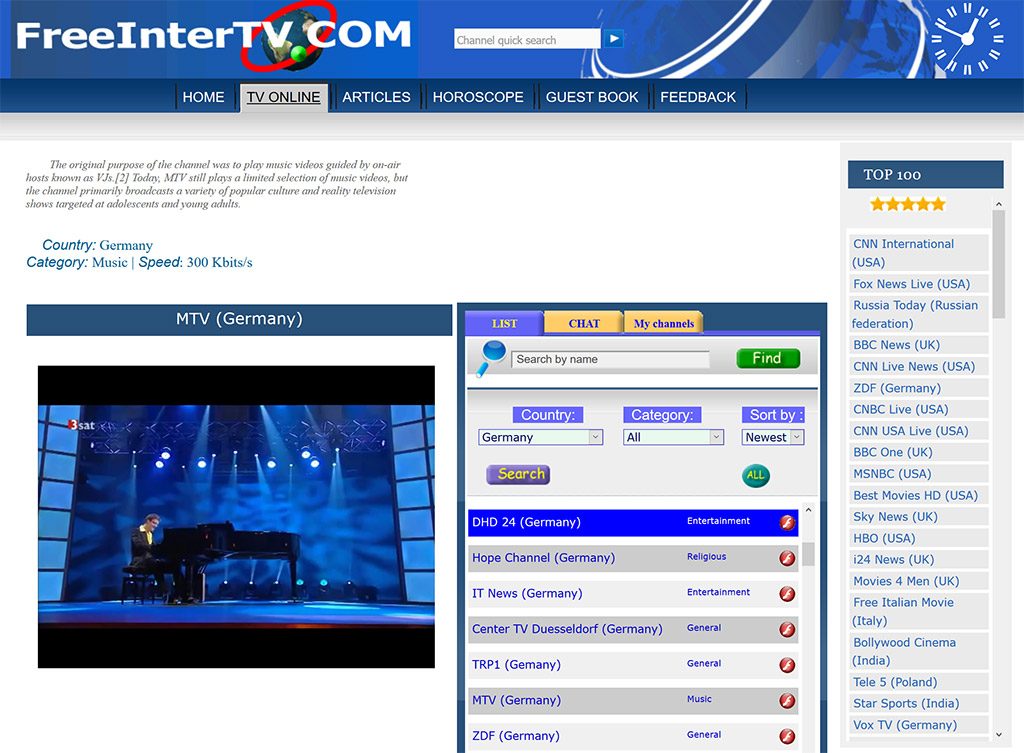 The downside is that you cannot pick the programs you want to watch, the website simply carries whatever is on at the time of day it is. This means no matter where you are in the world, you’ll need to align your clock to German time to watch the shows you like.

MyTVAbroad is another option to watch German TV abroad. It offers 17 German channels including SAT 1, Phoenix, Super RTL, and Vox. 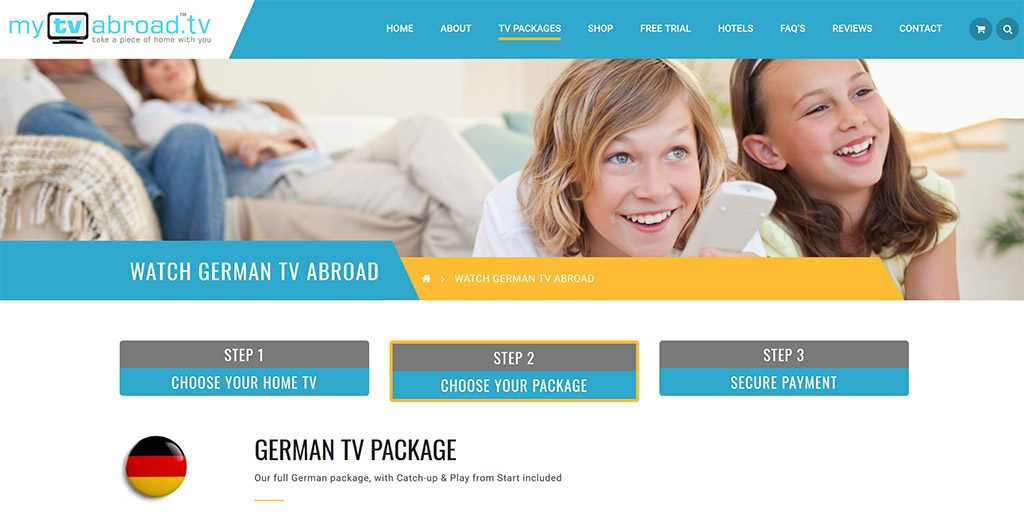 The package is about USD25/month plus a USD130 one-time set-up fee.

The solution to watching German TV from the Netherlands that has the lowest cost and the best quality is to utilize a virtual private network (VPN).

A VPN allows you to emulate being located in Germany by connecting your device to one inside the country. Your identification as well as what you are searching for/viewing online are kept anonymous by encryption protocol provided by the VPN.

When you connect to the remote device in Germany, it layers a German IP address over your original one. This allows you to fool the geo-blocking put  in place by TV networks and stream their content to your heart’s content.

Three of the VPNs to use when streaming German television programs from The Netherlands are: NordVPN, PrivateVPN, and ExpressVPN.

PrivateVPN is based out of Sweden and lives up to its name with 2048-bit encryption, an automatic kill switch, built-in leak protection and a strong no-logs policy.

It’s a leading choice for enthusiasts of torrenting files thanks to its port forwarding and P2P functionality.

ExpressVPN offers amazing speed and splendid security to its customers. It is routinely listed as the fastest VPN service in the world, owing largely to its servers spread across 94 countries.

It has 24/7 customer support via live chat if you do find yourself struggling to connect, and unlimited bandwidth and server switching meaning you can get on the Internet superhighway and go, go, go until your eyes can’t stay open anymore.

Security features include DNS and IP leak protection, support of OpenVPN protocol, and a Network Lock, which is ExpressVPN’s fancy name for a kill switch.

NordVPN is the current standard-bearer for all things VPN – combining great customer service with tons of servers and landmark security.

Based in Panama, it runs circles around security for the likes of Netflix, has AES 256-bit encryption.