Avoid Chinese ban on Telegram with this tip

China didn’t just censor instant messenger service Telegram back in 2015, it put it on blast with a distributed denial of service (DDoS) attack on its servers in Asia-Pacific. 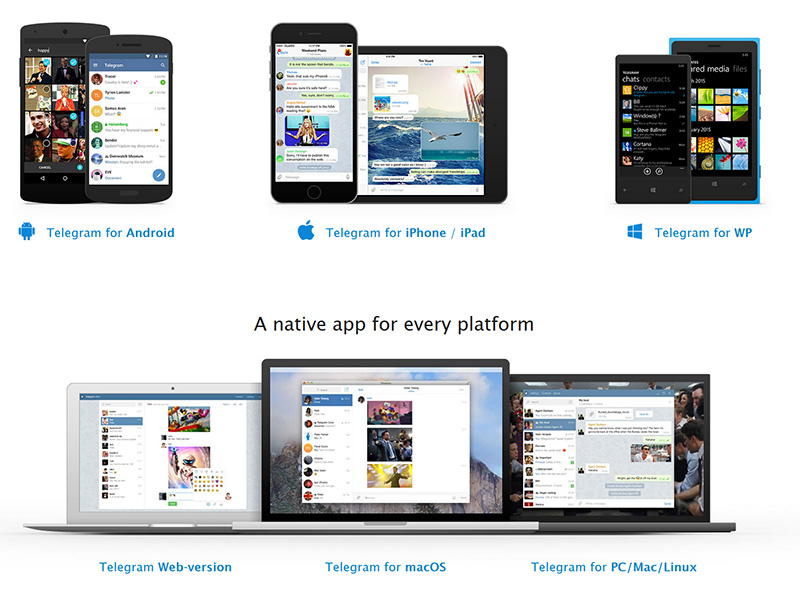 A DDoS attack consists of slaving hundreds or even thousands of computers together to forcefully request pages over and over again until a website collapses under the strain.

It is believed that China perpetrated the act after Telegram refused to give up records of chats by Chinese citizens and aided human rights lawyers who the state party believed to be a threat. The messenger service has never worked again in China.

A brief history of Telegram

Telegram is a favorite messenger service of individuals concerned with privacy as it uses end to end encryption, making it popular with human activists, journalists, and whistleblowers who did not want to be outed to the government.

With the messages encrypted, Chinese ISPs and government officials could not understand what they meant. Telegram also has a “secret chat” feature where messages can self destruct after a period of time, much like on America’s Snapchat.

A big part of Chinese Internet censorship is being able to monitor what citizens are saying and writing. Telegram was keeping that from happening. Telegram was replaced popularity by WeChat, which  is closely monitored and even censored by the Chinese government.

Telegram is neither the first nor will it be the last instant messenger to be put down by the Great Firewall of China. While that moniker is a clever play on words given the original Great Wall of China, the result is in fact a fairly chilling look at what a country like China can achieve when it combines oppressive beliefs, a virtually unlimited workforce, and cutting edge technology.

The result is a combination of legislation and technology that blocks foreign websites, slows down Internet across its borders, and forces foreign companies to adapt to domestic regulations or be knocked offline.

The DDoS attack on Telegram in 2015 wasn’t just about a few human rights’ lawyers but rather an opportunity for China to wipe out a subversive means of communication for good.

How to pick a good VPN for use in China

China is heavy into blocking VPN usage because it allows citizens to access material the state government believes should be censored. To ensure that your VPN keeps you covered in China, it needs very good security, particularly a reliable kill switch and both IP and DNS leak protection.

A built-in firewall is also a nice touch. Chinese VPNs should have multiple quality servers to choose from, as the Chinese security will knock some offline to fail to respond to them if they suspect them of being fake.

Speed is always going to be a problem when using VPNs in China because your signal is going a long way to find a remote server outside of China’s borders.

NordVPN is the standard-bearer for all commercial VPN systems, combining speed, customer service, number of servers, and security all into one powerhouse package. Its customer service is unparalleled, mostly because no matter when you call 24 hours a day, 7 days a week, a real person is going to answer the phone.

It installs quickly and has an easy setup, then gives you the choice of more than 5,100 servers stretched across more than 60 countries. For protection, NordVPN has a kill switch and IP leak protection.

It has one of the strongest reputations for defeating tough censorship, both in China and Russia, and for handling geoblocks like Netflix and Hulu. And if you’re not satisfied, there’s even a 30-day money-back guarantee in place.

ExpressVPN is well known for its blazing fast speed but it has great security options as well. It features unlimited bandwidth and server switches and tremendous encryption and security. Its speed make it a top VPN for mobile use.

PrivateVPN doesn’t have the biggest number of servers in the world but it has great security features with leak protection, a kill switch, and a no-logs policy.

It allows up to six simultaneous connections and is great for torrenting features. It cannot unlock  Netflix, but a simpler service like Telegram is no problem for this VPN.