People in The Netherlands love their tennis stars. From Richard Krajicek winning the 1996 Wimbledon title over Pete Sampras to Tom Okker, the great double players who achieved a No. 1 ranking in 1969.

Tennis is one of the most popular sports to watch in The Netherlands as well and there’s no better way to watch it than with a subscription to NOS, the multimedia company that features a robust sports package of Football, Formula 1, Cycling, and Tennis. 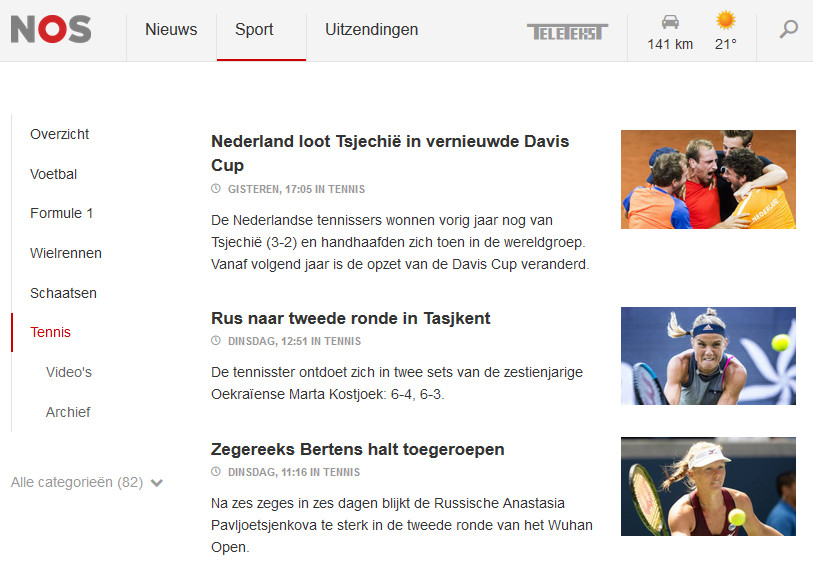 The problem with NOS is that if you aren’t from The Netherlands or if you are Dutch and living abroad, you aren’t going to be able to purchase the NOS packages for your favorite sports. That’s a real kick in the teeth for tennis fans  who enjoy the sport wire to wire, starting with the Australian Open in January, Roland Garros in May, Wimbledon in June and the US Open come August.

Living abroad can be tough when you’re away from home, family, and all of the customs, culture, and cuisine you hold dear. Unfortunately, like most streaming services, NOS is dedicated to protecting its home turf, which means no access outside of The Netherlands.

Fortunately, there’s a great hack that can be used to access NOS streaming services no matter what country you’re currently calling home.

It’s called a virtual private network (VPN) and it is one one of the most innovative technologies to come out of the digital era. How does it work and what does it mean for Dutch tennis fans?

A VPN creates a private “tunnel” network between your computer and a remote server, usually located in another country. The tunnel is a away to send encrypted data from one place to another without any third parties, such as your Internet Service Provider or a government regulator, to see what you are sending. If they do see it, they can block your attempts if you are trying to see something located outside of your permissions.

So let’s sat you’re a resident of The Netherlands currently working in Los Angeles in the television industry. There’s plenty of sports to be had on your American TV set, but the combination of golf, cycling, tennis, soccer, and Formula One racing that you desire is not there. You try to log on to NOS with your home account information, but when it sees you aren’t physically located in the Netherlands, it geoblocks you.

So you decide on a VPN. With a little research – more on that alter-  you find one with a large number of server choices in The Netherlands and top speeds available. You invest in a 30-day free trial to check things out and download the client app. You open the new app and click to make s connection, choosing from one of several Netherlands’ based servers. When you find one that suits you, you enable the connection, start a new browser, and type http://nos.nl into your address bar.

When you click enter, the connection is not to the Internet, but rather to the remote server located in The Netherlands. That computer will encrypt the request you just sent wanting access to NOS and enact it, attaching a Netherlands’ based IP address to your request. It will then send it on to NOS, which will see the request as a valid one coming from inside The Netherlands. It will accept your user ID information without a glitch or even let you to sign up for new service assuming you have  a Dutch address. Any requests you make for streaming or to download information or browse additional pages will backtrack the process through the remote server. Once the information reaches it, it will be automatically encrypted and sent back your way to download and watch.

For streaming live content, you’ll need a VPN that can handle high speeds with a lot of available servers and quality security.

One such is SaferVPN . It is a Swiss army knife of diversity, giving users great prices, good speeds, and quality security.

ExpressVPN is top drawer when it comes to quick speeds, essential when you’re streaming programming.

Another strong contender is Private VPN , which focuses on security for its clients, always a good idea when working around geoblocking.