In Japan, more than 90% of the population has access to the Internet. While government surveillance and Internet censorship isn’t a current concern, the tides are shifting.

Torrenting in Japan can lead to trouble, so utilizing the best VPN for Japan is a must.

A VPN helps you maintain anonymity on the web, protects your traffic with encryption, and gives you access to a proxy server for an alternative IP address, to protect you from hackers or malicious third parties.

Remote servers are helpful if you are traveling and want to access content from elsewhere, for example, watching your favorite shows on American Netflix even when you’re abroad.

Choosing the Best VPN for Japan

At WizCase we strive to learn the ins and outs of every VPN service so we can make educated and helpful recommendations.

Our selection for which VPNs would be best for use in Japan is based upon the following criteria:

Check any list we’ve done, and you’ll probably see ExpressVPN near the top. Express is a market leader in the industry, and the service is so reliable when it comes to your Internet security, utilizing state of the art protocols like 256-bit encryption and an internet kill switch.

The simple app design makes it easy for beginner users to get connected fast, with no prior knowledge required to establish the security you deserve.

ExpressVPN won’t store any logs about your traffic, and you can sign up with a burner e-mail and pay with bitcoin for added anonymity.

CyberGhost VPN doesn’t keep user logs so are a great option, with servers located in over 60 countries throughout the world, including Japan, so finding the right connection for your needs won’t be an issue.

CyberGhost offers apps for a variety of devices, including Windows, Mac, and Android operating systems. Their VPN Chrome extension isn’t a full VPN, but it does allow you to browse in Japan with a proxy.

CyberGhost’s 24/7 customer support team is both helpful and friendly and available via chat or email.

Receive unlimited bandwidth and speeds, six simultaneous connections, and affordable pricing with PrivateVPN. The service has also conquered the Netflix geo-restrictions in 12 regions, including the United States, so you’ll be able to keep up with your favorite content even if you go abroad.

PrivateVPN supports torrenting and P2P on their network of 100+ servers which are located in more than 30 countries. 2048-bit encryption with AES-256 keeps you protected and safe from prying, with a no-log policy and support on Windows, Mac, and Android platforms.

IPVanish VPN does keep logs, but only to store your user details when the account first opens, other than that, all browsing sessions are hidden. IPVanish has strict encryption practices, an internet kill switch, and unlimited server switching for security and privacy.

With servers located in over 60 countries, you can access your home country’s content anywhere. Torrenting is permitted on all servers, and they have some of the fastest speeds around.

Apps are available for Android, iOS, Windows, and Mac, with one downside being just a 7-day money-back guarantee.

Although there are many services available in Japan, we advise against the use of free VPNs. In general, these services come with significant limitations on their server locations, bandwidth, speeds, and encryption practices. You can’t expect top-notch service for free.

Companies providing a free service need to make money for operating costs, workforce, and marketing, and many of them track your activity, insert cookies, and sell your information to third-party advertisers.

Is Torrenting Legal in Japan?

Japan features some of the strictest anti-torrenting laws in the world. Violators face fines up to 10 million yen and two-years in prison if caught.

In 2013 alone, 27 people were arrested for uploading manga, anime, music videos, and video games without permission from the copyright holders. My team and I don’t condone illegal torrenting, but it’s important to know how to torrent safely. Make sure the torrents you download are copyright-free, and use a VPN to keep your personal data and identity safe from third-party hackers and web trackers on torrent sites.

What Does The Future Hold for Japan? 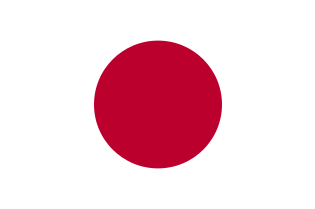 Currently, Japan remains free of restrictions on social media, Internet content, and censorship. However, times are changing, and the future for Japan could follow a trend toward adding more penalties and prosecution, especially among journalists and human rights activists.

In 2016, it became known that Japan was attempting forceful takedowns of influential voices in the media, with even the UN stating that Japan’s independence is facing massive threats at this time. It makes sense to begin protecting yourself and start encrypting your data now.

Whether you live in Japan or are planning a trip, you owe it to yourself to have the best protection possible; using one of the best VPNs for Japan to ensure that your identity and internet activities remain anonymous.