Hooked on Korea’s SBS Golf Channel? Watch it Anytime with a VPN

Published by Gray Williams on February 26, 2019

Geo-blocking is a technique used by entertainment companies to prevent their shows and streams from being viewed outside of a certain geographic region. The technology is able to recognize a visiting computer’s ID address and limit its ability to access certain pages or services.

The only way around most geo-blocked material is to employ a virtual private network (VPN). A VPN can connect to a remote server inside the country that is the origin of the geo-blocked service or software.

By using an encrypted connection to pass information back and forth between the two computers, a user in New York City could watch content only meant for people in Bangladesh if they had the right VPN connection.

Streaming sporting events from other countries is one of the most popular forms of using VPNs. One of the most popular sports in South Koreas is golf, and it is all carried on the SBS Golf Channel. SBS debuted in 1999 during the initial Tiger Woods’ craze and is now entering its 0th year on the air. 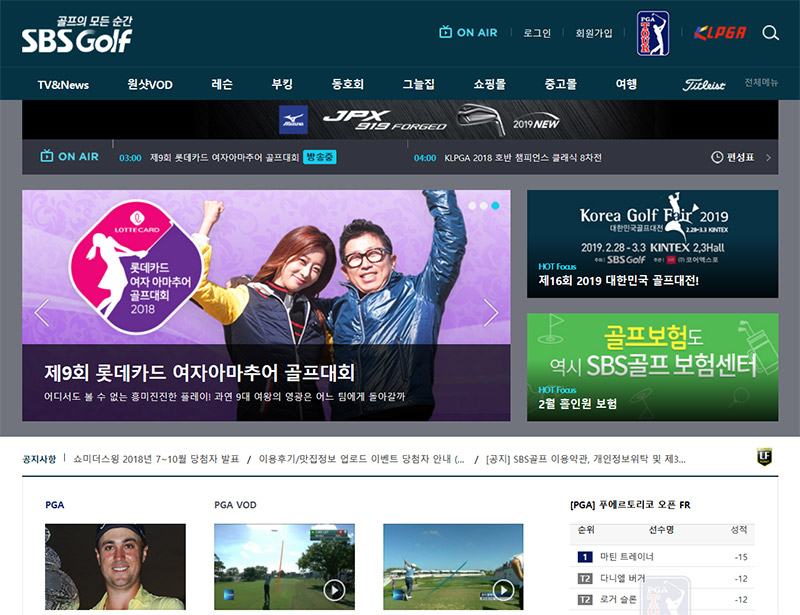 It beams images, sound, and video from the PGA Tour, LPGA, and Japan Golf Tour back to citizens in South Korea. Its slogan is “Golf’s Every Moment”, but residents of South Korea lose out on that promise when they leave the country for business or vacation.

SBS is geo-blocked outside of South Korea, which means passionate golf fans have to turn to VPN solutions to watch South Korean SBS Golf from abroad.

With lots of available and top-notch speeds, VyprVPN is a quality, all-around choice for use in South Korea. The Swiss VPN is about to hit 10 years in the business come 2020 and gives customers the chance to explore more than 200,000 IP addresses courtesy of more than 700 servers spread across more than 70 countries.

That wealth of server space is paired with impressive security technology that includes 256-bit AES encryption, a zero-knowledge DNS that prevents logs from being recorded, and VyprVPN’s own NAT Firewall for an extra coating of protection.

ExpressVPN is known primarily for two things: The fastest speeds on the Internet and the prices to match. But a few extra dollars a month in fees usually no sweat for passionate sports fans, particularly when this British Islands’ business routinely delivers the fastest speeds of any VPN in the industry.

If it wasn’t for its legendary speed, ExpressVPN would probably be best known for its lengthy list of security protocol. It combines AES-256 encryption, a kill switch, and zero-knowledge DNS to present a formidable front to hackers and ISPs everywhere. It tops that with great 24/7 customer service and a 30-day money-back guarantee.

NordVPN is one of the only apps in the business that can go toe-to-toe with ExpressVPN for the top spot. Other than failing to unlock the French version of Netflix, there’s seemingly very little this Panama-based business can’t do.

By the middle of 2018, it was flexing its muscles to the tune of more than 5,100 servers in more than 60 countries, and doing so with increased security and explosive speeds. The VPN has proven time and again that it can bypass censorship in both China and Russia, not to mention the US version of Netflix.

Its security is every bit as good as that of its top rival, featuring a kill switch, AES-256 bit encryption and IP leak protection. A crowning achievement, NordVPN’s customer service has someone answering your phone calls 24 hours a day.

How fast is the VPN market growing in 2019? Here are a few choice statistics that tell the tale of the tape.