There’s nothing more frustrating than missing your favorite team’s NHL game. Unfortunately, broadcasters often block live NHL streaming based on your location, which prevents you from watching the match.

You’re not only affected if you live outside of the US and Canada — even paying subscribers of ESPN+ and NHL.tv are subject to location-based viewing restrictions.

Luckily, a good VPN can unblock and live stream the NHL from wherever you are. This means you can watch region-specific NHL matches from anywhere in the world.

Here are simple steps you can follow for using a VPN to watch the NHL games on NBCSN, ESPN+, Hulu Live, NHL.tv, and more.

Stream the NHL with a VPN!

Stream the NHL on NBCSN

NBC Sports is only available in the US. To watch NBC Sports from outside the US, you can stream the channel on Sling TV or Hulu with a VPN.

Get NBCSC with a VPN

Watch Every NHL Game on ESPN+

ESPN+ offers exclusive on-demand access to both NHL games and ESPN Insider. My favorite feature is pausing and rewinding even live-streamed games so I never miss a goal.

You’ll still need access to the standard ESPN channel to watch some games live. ESPN+ content is restricted from outside the US.

Use these 3 easy steps to watch the NHL on ESPN+.

Watch ESPN+ with a VPN!

How to Livestream Hockey Night in Canada on CBC

Free live streams of NHL Night are only available in Canada, but a VPN will get you full access online.

Stream CBC with a VPN!

Stream the NHL with Hulu Live, YouTube TV, or Sling TV with These Steps

You can watch the latest NHL games on YouTube TV, Hulu Live, or Sling TV with a VPN.

Watch the NHL with a VPN!

NHL.tv is blacked out while a game is being broadcasted through a cable provider’s channel. And according to broadcasting rights, you can’t stream the game for up to 48 hours after it aired.

But with a VPN, you can still watch all the games live. Follow these three simple steps to avoid geo-restrictions and never miss a game.

Tip— A VPN can help you save money! Countries like Russia and Greece offer cheaper NHL.tv subscription deals. Using a VPN, you can sign up for the least expensive subscription.

Why a VPN Can Help You Stream the NHL

A VPN hides your real location by connecting you to a server in another country. This means that you can avoid geo-restrictions and live stream from NHL TV, Fox Sports, and ESPN wherever you are.

A reputable VPN, like NordVPN, ensures fast streaming speeds by encrypting your internet traffic. With a VPN, you can bypass ISP throttling and stream sports events like Nitto ATP Finals, English Premier Leagues, and the NBA at high speeds with little to no buffering.

My list of top VPNs all offer a free trial and money-back guarantees so you can try all the features before you commit.

Enjoy bufferless streaming with a VPN!

1. NordVPN — The Most Servers in the US and Canada 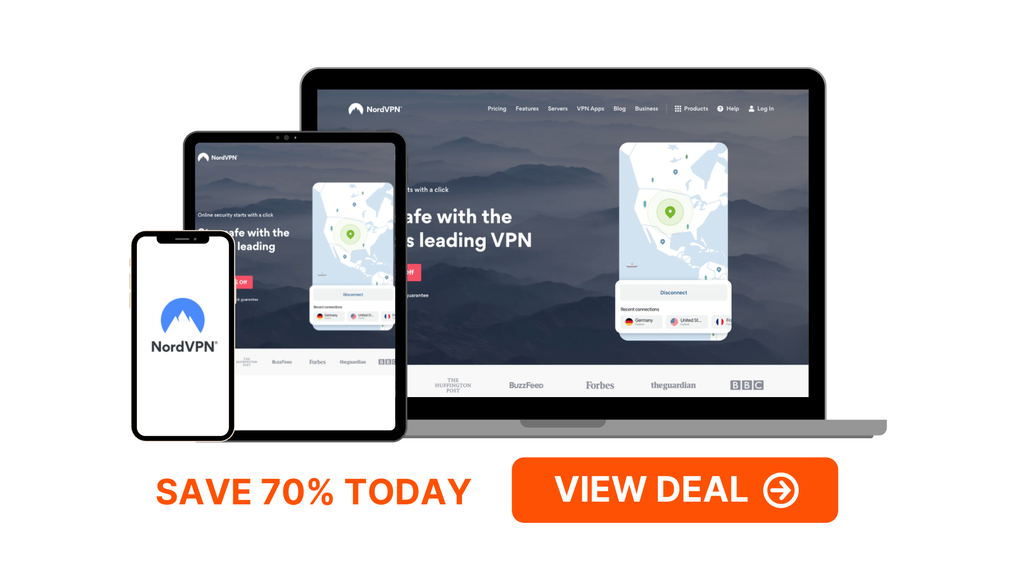 NordVPN has close to 6,000 servers —1,800 located in the US and Canada. With many servers to choose from and zero-lag streams, you won’t miss your favorite hockey games. You can connect up to 6 devices at once and watch the NHL from anywhere!

I’ve tested NordVPN and it has proven to deliver fast bufferless streaming needed to live stream hockey. With competitive prices, great streaming speeds, and excellent customer support, you won’t have to worry about lags mid-game.

Try NordVPN with its 30-days money-back guarantee and enjoy the NHL games now. I tested it myself and received my refund easily through customer service.

Enjoy the NHL with NordVPN!

2. ExpressVPN — Access the NHL From Anywhere in the World

I find ExpressVPN consistently performs well in terms of unblocking geo-restricted content. With many servers in the US and Canada, you can connect to the best server available and unblock every game.

When it comes to watching the NHL from outside of the US, ExpressVPN is still a good choice. With its high speeds, I streamed NHL.tv in high definition with minimum lags.

ExpressVPN offers a 30-days money-back guarantee. When I tested its 24/7 customer service, my queries were answered right away. Support your favorite hockey teams now and use get a refund later!

CyberGhost is another great option for watching the game. It’s one of the only VPNs that has servers dedicated exclusively to streaming sports. When reviewing this VPN, I noticed that these servers maintain stable connections with fast speeds for zero-buffering.

It also has an incredibly user-friendly interface. Features like one-tap connection make it a great choice if you’ve never used a VPN before.

However, unlike NordVPN and ExpressVPN, CyberGhost was unable to surpass censoring in China. You’ll need a different VPN to stream from China.

CyberGhost offers competitive pricing and a generous 45-days money-back guarantee. You can download it, watch the NHL now, and decide if it’s the right VPN for you later.

Stream NHL in HD with CyberGhost!

A Free VPN Won’t Work and Here’s Why

There are several free VPNs but they don’t offer high enough speeds to stream the NHL or any sports events.

With most free VPNs, you only get a limited amount of data and access to select servers, most of which can’t bypass geo-restrictions or handle streaming. Moreover, servers are usually crowded with new users.

Instead of a free VPN, I recommend you use the money-back guarantee from premium VPN services like NordVPN and ExpressVPN. That way, you can live stream the NHL in HD — for free — as long as you ask for a refund within 30 days.

Watch the NHL for free with a VPN!

Written By Adam Wagner
Adam is a web security writer and digital nomad. He has written extensively on freelancing, VPNs, website building, and other topics that interest him
This Article contains
Latest articles
Follow our experts