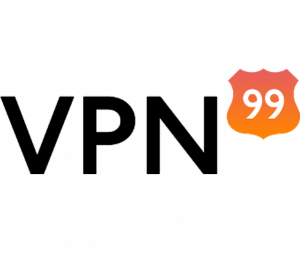 The Seychelles based VPN99 took a completely different approach when entering the market by offering its features-loaded service at an extremely competitive price.

From how affordable its price is, we couldn’t believe it and had to dig very deep to try and find any major flaws to justify this but all we found were just a few minor points that could be easily improved. We’ll mention these flaws later on but first let’s take a look at what exactly the users paid for.

Starting with security, VPN99 secures its comprehensive network of servers with an encryption that goes up to 2048 bits. Multiple security protocols are supported, including OpenVPN, L2TP/IPSec, PPTP, SSTP, and IKEv2. An additional security feature is the built-in NAT firewall. Unfortunately, VPN99 lacks an important feature which is the kill switch. It does, however, offer its users a dedicated IP.

To ensure the protection of its users’ privacy, VPN99 doesn’t keep any activity logs or browsing history and this is strongly stated in its privacy policy.
The flaws or rooms of improvement, as we like to refer to them as, are that VPN99 doesn’t allow P2P sharing/torrenting on any of its servers and it doesn’t offer a free-trial period and has a very short money-back guarantee period.

The most important point that needs improvement is the network of servers which, even though is composed of a large number of servers, these servers are spread across a very limited number of countries. If these points are worked on, VPN99 would definitely have a chance to compete with the big boys in the industry.

If you’re a Windows user then you shouldn’t have any issues with VPN99 as it offers a client app for Windows only. However, if you’re using any other operating system, then it might take you some time to fully setup a VPN connection as you would need to do it manually. On the bright side, VPN99 offers detailed step-by-step tutorials on how to configure its VPN connection on all platforms.

In both cases, you need to start up by signing up an account and making a payment which cab be done in just a few simple steps and doesn’t require any complicating procedures. Moving forward from their, for Windows users, is a piece of cake.

Just download the client from the website and the installation will start and finish automatically through the installation wizard. Once installed, you’ll find that everything is already configured for you but you can also easily adjust these settings as you prefer.